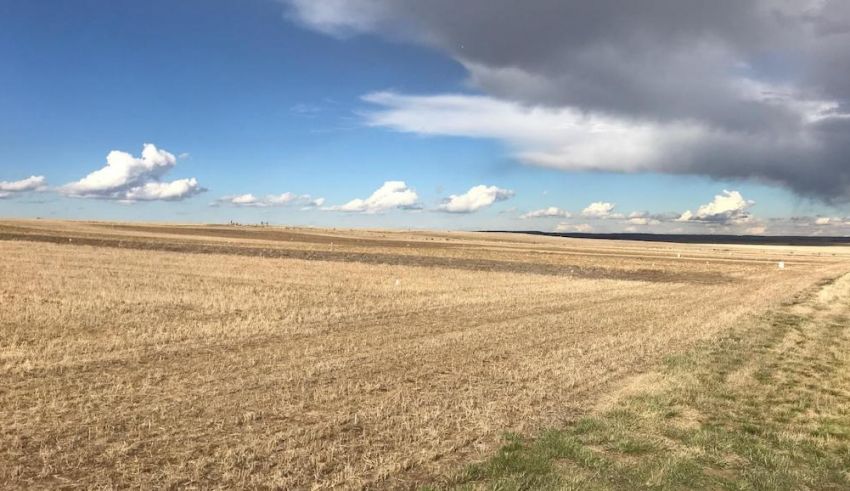 A view of the experimental site in dryland farming where soil samples were collected to measure carbon dioxide flush. The research team determined that the easier and faster method of measuring carbon dioxide flush also resulted in a more reliable and useful indicator of soil health. Credit: Daniel Liptzin

There are numerous indicators to measure soil health. However, these indicators don’t always provide consistent results. In a new study, researchers report evaluating a rapid and inexpensive indicator of soil health, especially for dryland farming.

“Not needing chemicals means carbon dioxide flush can easily be used to measure soil health directly from the field,” says Sainju. “No chemicals being used also makes this process quick and economical.”

That’s important because several existing ways to measure soil health can be expensive and take a long time to analyze. Also, “they provide mixed results when measuring soil health,” says Sainju. Having a single reliable measure of soil health will help farmers, ecologists, policy makers and various other stakeholders to evaluate the sustainability of agroecosystems for crop production, according to Sainju.

In addition to measuring soil health, measuring carbon dioxide flush can also help farmers reduce nitrogen fertilizer use. “We can use carbon dioxide flush to estimate how much nitrogen will be available from the soil to crops during a growing season,” says Sainju. That means farmers can be strategic with fertilizer use. That can lead to lower costs of farming while enhancing environmental benefits.

One was the traditional way – add water to air-dried soil samples and let them sit for four days. Then the researchers used chemicals to measure carbon dioxide flush.

They also tested a faster method; one where the wetted soils sat for just one day. Then, the researchers used an infrared gas analyzer to detect the carbon dioxide flush from the samples.

So, Sainju and colleagues tested a whole lot of soil properties – physical, chemical, and biological – and matched them with the two sets of carbon dioxide flush results. “Our results showed that the one-day results were better related to soil properties and crop yields than the four-day incubations,” says Sainju. That meant the easier and faster method of measuring carbon dioxide flush also resulted in a more reliable, inexpensive, and useful indicator of soil health.

Sainju and colleagues plan to test this method in short-term experiments under dryland and irrigated cropping systems next. They will also expand testing the method in various soil and climatic conditions in different regions of the country.

Testing of carbon dioxide flush as a predictor of long-term mean crop yields is especially important, according to the study authors. That’s because non-soil factors – such as droughts and floods, or pests – can affect crop production dramatically in some years. In the meantime, “measuring carbon dioxide flush provides soil health results that are accurate and reliable,” says Sainju. – Article originally published by the Soil Science Society of America