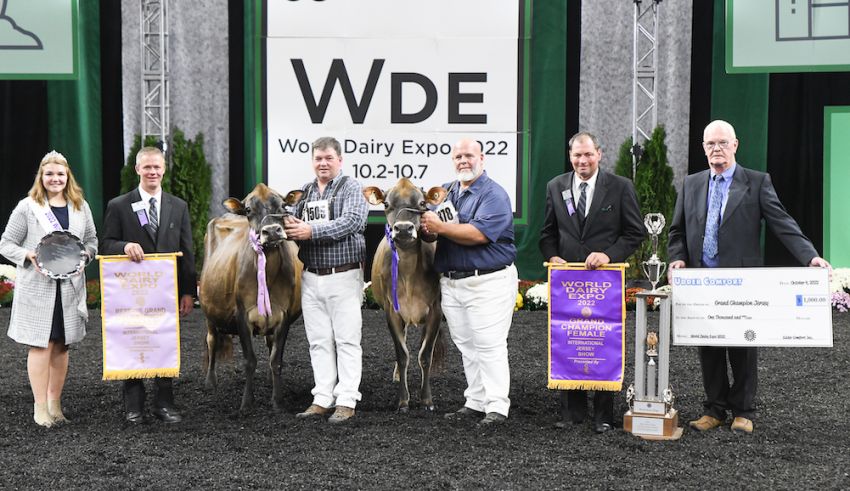 Placing a total of 439 animals in the International Jersey Show were official judge Keith Topp of Botkins, Ohio and associate judge Ryan Krohlow of Poynette, Wisconsin.

Complete class results can be found at worlddairyexpo.com.