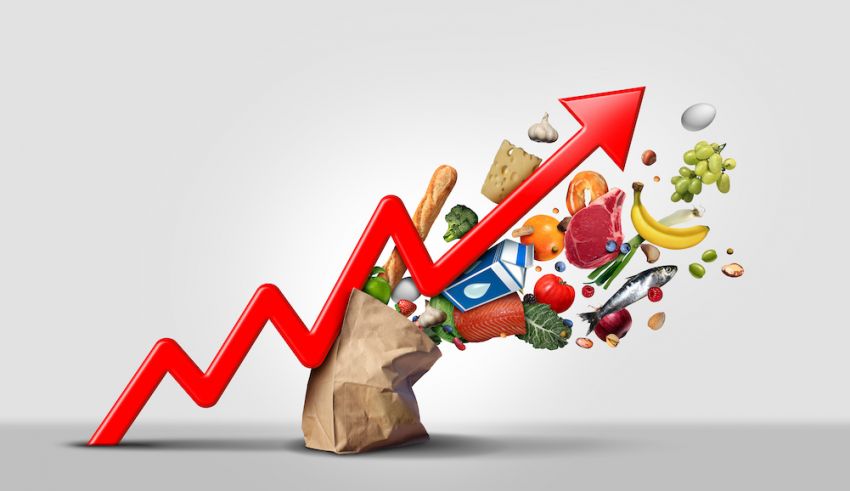 The Federal Reserve is finding it harder to cool the economy than almost anyone expected. Most corners of the U.S. economy are performing very well considering the Fed has been aggressively raising rates for seven months. Manufacturing continues to expand, consumer spending remains strong, the labor market is still extremely tight and Q3 GDP data will likely show solid growth.

While the rate increases have done little to cool spending and tamp down inflation, critics are increasing their calls for the Fed to stop raising rates. The argument is that further monetary tightening will have catastrophic effects on the U.S. and global economies, and that inflation is about to fall precipitously. According to a new Quarterly report from CoBank’s Knowledge Exchange, the Fed does not see it that way, nor should it.

“To date, there is no solid evidence that inflation is on a steep downward path and there is also little evidence that higher rates are severely damaging the economy,” said Dan Kowalski, vice president of CoBank’s Knowledge Exchange. “Ultimately, to get inflation levels down, the willingness or ability of consumers and businesses to spend must also come down. That means rate hikes will continue until the Fed achieves its mandate of price stability. Unfortunately, that increases the likelihood of collateral damage coming in the first half of 2023.”

There are signs of slowing, however, which are the first cracks to form from monetary tightening, noted Kowalski. Consumer credit is on the rise while savings rates are falling. And wage growth is falling even as inflation remains high, reducing consumer purchasing power.

Grain prices remained volatile throughout the third quarter, finishing mostly higher. U.S. corn and wheat futures rose 11% and 8%, respectively, partly offset by a 2% drop in soybeans. On farm grain storage is above 2021 levels for the three major crops, potentially signaling a stronger harvest-time basis this year. Corn and soybean exports for the new crop marketing year are up 13% over last year. However, grain transport expenses could remain higher as low water levels on the Mississippi River caused a spike in barge rates. And Russia is now indicating it may not extend its agreement to allow Ukrainian grain exports via the Black Sea, which would send grain prices upward.

Despite a slow start to the spring planting season, ag retailers successfully managed crop input inventories and had a very good summer agronomy season. Domestic fertilizer prices fell by 5%-16% in Q3 amid a massive correction in energy prices. However, prices have been rising as harvest gets underway and farmers shift their attention to fall application season. Russia’s war with Ukraine continues to impact global supplies and prices for nitrogen, phosphorous and potassium fertilizers.

Ethanol production continued to trend down as Q3 came to a close, concurrent with recession fears, lower gasoline demand and capital market volatility. The most significant event of the quarter was on the policy front, with the passing of the Inflation Reduction Act of 2022. The legislation provides strong current and future support for renewable energy, and biofuels in particular.

Per capita chicken consumption will likely set new records in coming years given chicken’s appeal to budget-minded consumers. While broiler chick hatchability has been an issue over the past few years, weekly incubation rates have improved, and chick placements are up 5% year-over-year. Export markets remain favorable for broiler meat despite numerous HPAI outbreaks, which commercial broiler facilities have largely avoided.

Beef markets remained generally strong throughout Q3, with prices for live cattle 13% higher than a year ago. Cattle slaughter numbers have surged in recent weeks and are running 4% above the five-year average. To date, strong beef demand has largely overcome swelling retail prices. This is spurring optimism as cattle supplies erode, which will inevitably force beef prices higher.

While the hog market is softening, prices were remarkably strong in Q3 with cash lean-hog prices topping $1.20/lb. in early August. Pork cutout prices spent much of the quarter above $120/cwt, a level about $50 above the five-year average. China continues to slow its pork imports, leading to a 16% reduction in total U.S. pork exports year-to-date. However, Mexico and other destinations have helped pick up some of those losses.

Cotton prices plummeted as worries about a global economic slowdown intensified. With harvest in most of the U.S. in full swing, any further surprises on the supply side seem unlikely. The market is now focused on export sales and, beyond that, 2023 planted acreage. Given the current lb./bushel price ratios, a sizable reduction in U.S. planted acres next year wouldn’t be surprising.

U.S. rice prices climbed last quarter after India, the world’s largest rice exporter, banned exports of broken rice and imposed a 20% export tariff on several varieties of white rice. USDA reduced its export forecast for India by 2 million metric tons as a result. The U.S. rice crop is expected to be the smallest since 1993/1994 due to fewer acres and lower yields. With global supplies tightening, USDA is projecting record high prices for U.S. producers.

Reservoirs feeding key specialty crop growing regions of the Western U.S. entered the new water year on Oct. 1 at historically low levels, implying another tight year for water allocations. With a La Niña weather pattern possibly continuing into its third year, the outlook for precipitation needed to raise reservoir levels is dim and growers are bracing for more fallowed acres.

The rapid increase in exports of U.S. liquid natural gas has converted the U.S. natural gas markets from a mostly captive pricing market, to one that is at least partially exposed to world prices. The increased demand for exports has lifted long-term domestic natural gas prices from $3-$4/MMBtu to a $4-$5/MMBtu window and possibly higher. The incremental demand doesn’t pose a challenge from a supply perspective. But it has been added in such an abbreviated time frame producers may find themselves scrambling to satisfy a soon-to-be crowded marketplace.

T-Mobile and Verizon dominated the home broadband market in Q3 with aggressive price packages for fixed wireless bundled with smartphone plans. Broadband operators located in smaller or rural cities could face competitive threats if the national wireless operators decide to target these markets. Apple announced its iPhone14 with limited satellite connectivity, bringing rural Americans one step closer to a broadband connectivity option they haven’t had previously.

CoBank is a cooperative bank serving vital industries across rural America. The bank provides loans, leases, export financing and other financial services to agribusinesses and rural power, water and communications providers in all 50 states. The bank also provides wholesale loans and other financial services to affiliated Farm Credit associations serving more than 76,000 farmers, ranchers and other rural borrowers in 23 states around the country.