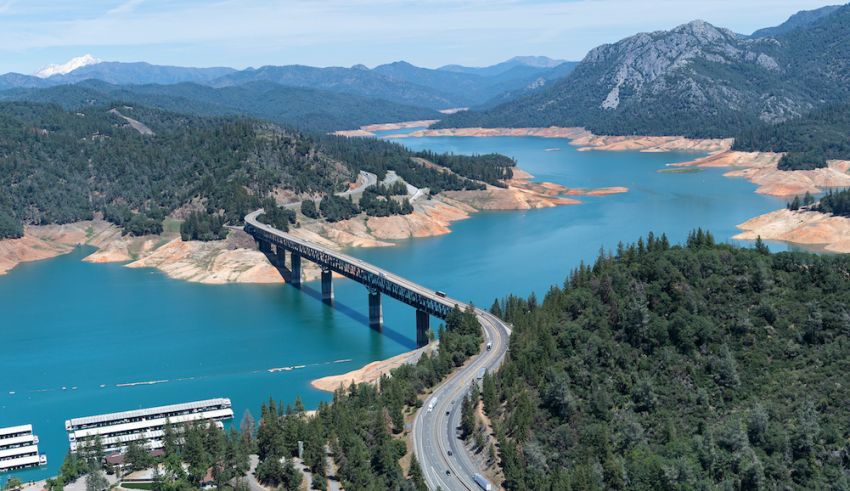 After a third straight year of severe drought, the Bureau of Reclamation’s Central Valley Project begins the 2023 water year with 3.6 million acre-feet of water in storage — one of the lowest starting points in recent years. The CVP’s major reservoirs are (from north to south) Trinity, Shasta, Folsom, New Melones, Millerton, and the federal share of San Luis Reservoir. The water year begins Oct. 1 each year and ends Sept. 30.

“The 2022 water year was wetter than 2020 and 2021 in some areas of the state, but it was still well below average and came on such a large water supply deficit that it earned the title as the worst three-year drought on record with some of the driest winter months on record,” said Ernest Conant, regional director of the California-Great Basin region. “In order to navigate through this record-breaking drought, we had to modify operations outside of those considered in previous droughts and take a fresh look at every component of the CVP including facilities, contractors and environmental requirements.”

The 2022 water year began with an atmospheric river that brought record rain to Northern California in October 2021. That was a followed by a blast of winter storms in December that produced more than 6 feet of Sierra snow by the end of the month. Then, the storm door slammed shut, ushering three months of record dryness in northern California. The snowpack, vital to the state’s water supply, was virtually non-existent by April 1.

In anticipation of continued drought in 2023, Reclamation will pursue a water management strategy that emphasizes providing supplies for health and safety needs; maintaining suitable water quality in the Delta, which is the source of municipal drinking water for many communities; protecting species by meeting environmental requirements; conserving storage to meet future critical needs; and urban and agricultural water supplies.

The CVP is the largest single source of irrigation water in California, typically supplying water to about 3 million acres of agricultural land in the San Joaquin and Sacramento valleys. The CVP also provides urban water for millions of people and industrial water, including that essential to the San Francisco Bay Area’s economy. Water from the CVP is also vital for the environment, wildlife and fishery restoration, including providing water to 19 refuges in the Central Valley, and hydroelectric power production.

During the 2022 water year, CVP powerplants generated about 2 billion kilowatt-hours, very much below an average year of about 4.5 billion kilowatt-hours. Project use is anticipated to have consumed about 20 percent of this energy; the remaining energy was made available to public agency contractors serve by the Western Area Power Administration.