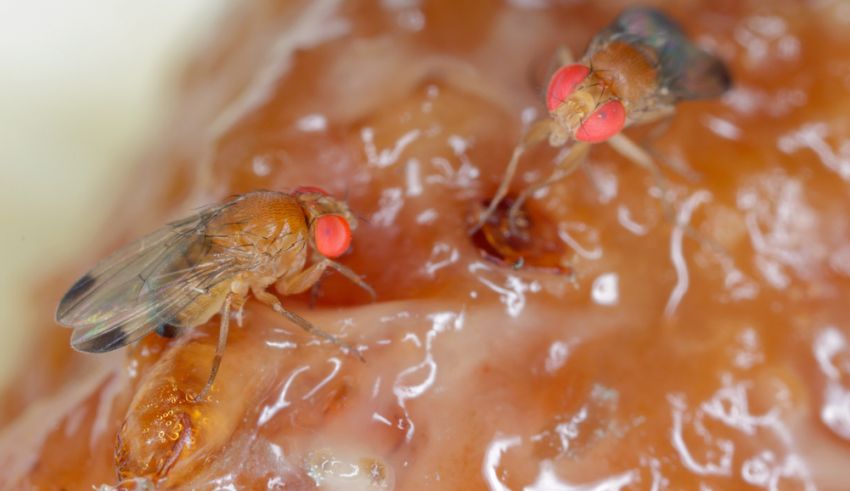 Thirteen UC Davis scientists or former affiliates are among authors from eight countries who contributed to research articles for the Journal of Economic Entomology’s Special Collection: Research Advances in Spotted-Wing Drosophila suzukii Management.

Native to Asia, the agricultural pest is a worldwide threat to the berry production industry, which includes raspberries, blackberries, blueberries, strawberries, and cherries. The tiny insect, about 1/12 to 1/8 inch long, invaded the continental United States in 2008.

“All of the papers were by invitation of the co-editors of the special collection—Jana Lee, Cesar Rodrigue-Saona, and me,” said journal editor-in-chief Frank Zalom, a UC Davis distinguished professor emeritus and recall professor in the Department of Entomology and Nematology. Zalom’s research includes the spotted-wing drosophila.

Lee, formerly with the UC Davis laboratory of the late chemical ecologist Steve Seybold, is a research entomologist with the Horticultural Crops Research Unit,  U. S. Department of Agriculture, Agricultural Research Service, Corvallis. Rodriguez-Saona, who received his doctorate from UC Riverside, is an Extension entomologist with the Department of Entomology, Rutgers University, the State University of New Jersey.

One paper, Spatio-temporal Variation of Spinosad Susceptibility in Drosophila suzukii (Diptera: Drosophilidae), a Three-year Study in California’s Monterey Bay Region, is from the Zalom lab and includes co-author, molecular geneticist and physiologist Joanna Chiu, professor and vice chair of the Department of Entomology and Nematology.

Since 2008, “D. suzukii has become a key economical pest of raspberries, blackberries, blueberries, strawberries, and cherries in the United States and worldwide,” the editors wrote in their introductory remarks. “Not surprisingly, the number of publications has proliferated from 29 publications as of 2010 to 978 additional publications between 2011 and 2021 from a Web of Science search for ‘Drosophila suzukii.’ While many publications are available, this special collection will highlight advances in D. suzukii pest management since its U.S. invasion. We solicited papers by open call and received 66 abstracts, and selected 14 papers covering: 1) review, 2) monitoring and risk, 3) behavioral control, 4) biological control, 5) cultural control, and 6) chemical control.”

The collection is meant to serve “as a key reference point for entomologists across many institutions (e.g., academia, government, and industry) on important advances in D. suzukii pest management,” according to the Entomological Society of America. “The articles in this collection will also provide scientists information on potential research gaps that will help guide future research directions on this important pest. The goal is to preserve and catalog articles on various aspects of D. suzukii pest management, i.e., monitoring, cultural control, chemical control, behavioral control, and biological control, that will be shared among entomologists.”