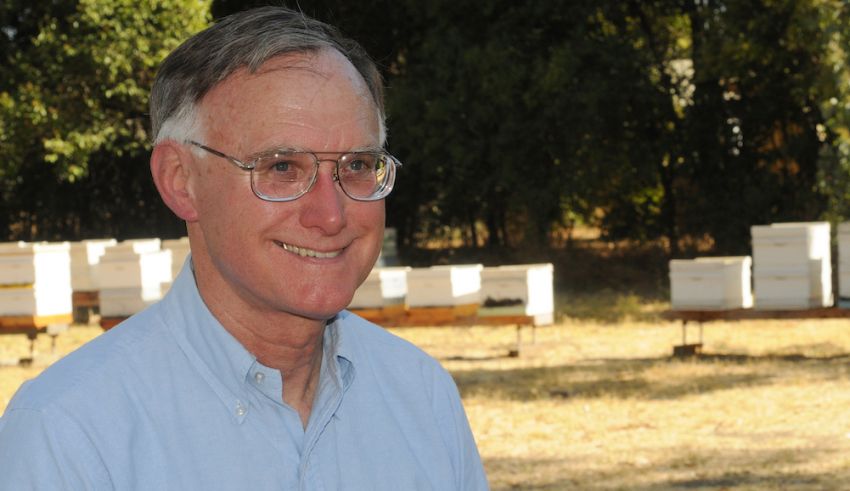 Dr. Mussen, a 38-year California Cooperative Extension apiculturist and an invaluable member of the UC Davis Department of Entomology and Nematology faculty, died Friday, June 3 at his home in Davis from liver cancer. He was 78.

Known to all as “Eric,” he joined the UC Davis entomology department in 1976. Although he retired in 2014, he continued his many activities until a few weeks prior to his death. For nearly four decades, he drew praise as “the honey bee guru,” “the pulse of the bee industry” and as “the go-to person” when consumers, scientists, researchers, students, and the news media sought answers about honey bees. Colleagues described him as the “premier authority on bees and pollination in California, and one of the top beekeeping authorities nationwide,” “a treasure to the beekeeping industry,” and “a walking encyclopedia when it comes to honey bees.” Among those featuring him and his expertise: The Lehrer Hour, BBC, Good Morning America, National Public Radio (Science Friday), The New York Times,  Boston Globe,  and The Los Angeles Times.

“Eric was a giant in the field of apiculture,” said Steve Nadler, professor and chair, UC Davis Department of Entomology and Nematology. “The impact of his work stretched far beyond California.” (See tributes at https://bit.ly/3wpnPrc)

Attendance to the UC Davis-sponsored event celebrating the life and legacy of UC Extension apiculturist Eric Mussen, an internationally respected “honey bee guru,” is closed, but UC Davis distinguished professor Walter Leal will live-stream the event on Zoom. It will be permanently housed on YouTube.

Registration for the Zoom webinar is underway at https://bit.ly/3dIyAhG. The YouTube account is at https://youtu.be/Kj5NuQ_rBuo. The webinar starts at 4 p.m. on Sunday. Aug. 28.

As part of the webinar, Dr. Leal has interviewed local, state and national officials.

The program at the Putah Creek Lodge will include:

Welcome Address and Introduction of the Chancellor

Gene Brandi of Los Banos, EmceeBrandi, who served with Eric Mussen for 37 of his 39 years on the California State Beekeeping Association’s Board of Directors, currently chairs the Foundation for the Preservation of Honey Bees, Inc. He also served as president of American Beekeeping Federation and chaired both the California Apiary Board and National Honey Board.

Remembrances of My DadDr. Timothy Mussen, older son of Eric and Helen Mussen

A Tribute to Eric Mussen

Ettamarie Peterson, veteran 4-H beekeeping project leader of the Liberty 4-H Club, Petaluma, a past president of the Sonoma County Beekeepers’ Association, and a close friend of Mussen’s. 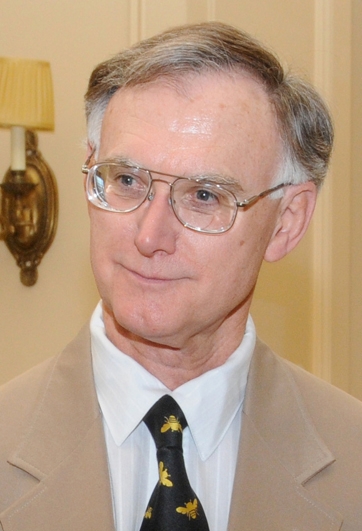 The live stream event is expected to be draw a large, appreciative crowd. “Eric was an icon in the beekeeping and almond industries and a friend of everyone, no matter if they were a 4-H’er with one hive or a large commercial scale operation with thousands of hives or someone just interested in bees,” said Dr. Leal, a UC Davis distinguished professor of biochemistry, Department of Molecular and Cell Biology and a former chair of the Department of Entomology. Leal, who has organized and moderated dozens of webinars dealing with worldwide scientific organizations, received the UC Davis Academic Senate’s 2022 Distinguished Scholarly Public Service Award for his series of webinars educating the public about COVID.

Family and friends suggest memorial contributions be made to the California State 4-H Beekeeping Program, with a note, “Eric Mussen Memorial Fund.” Checks may be be made out to: