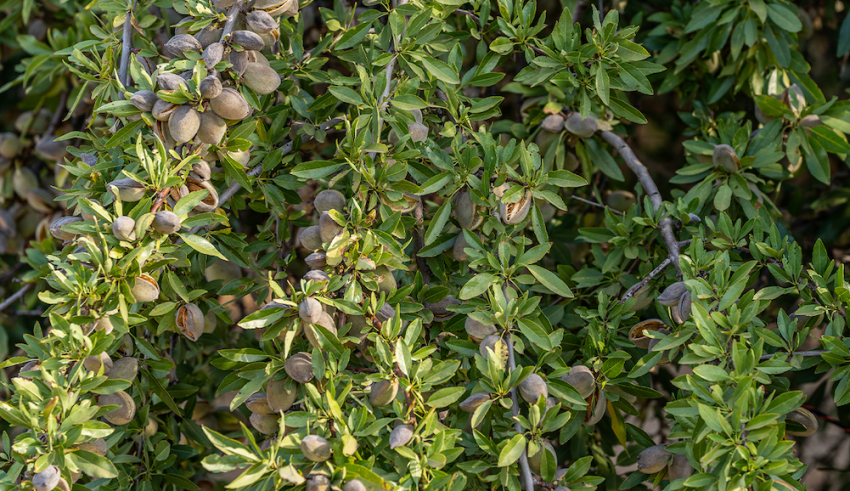 Almond Hullsplit in California, image courtesy of the Almond Board of California

The estimate is down 7 percent from NASS’s subjective forecast in May and comes in a complicated year. Some growers were impacted by frost in spring while the entire almond industry, and all California farmers, have been navigating a difficult water year and continued logistical issues impacting the ability to ship almonds to meet consumer demand around the world. 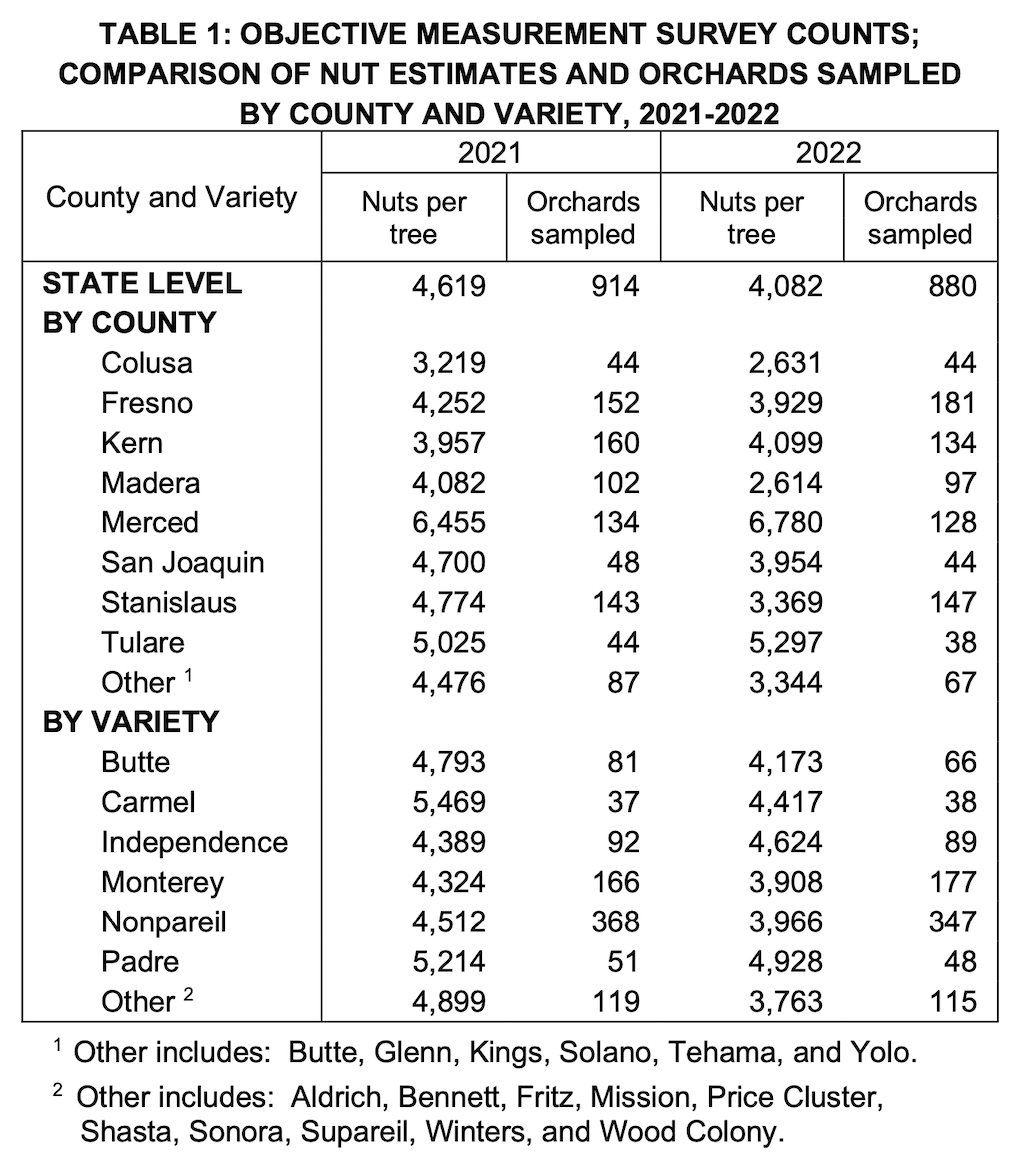 “Growers have been working hard in the face of challenging circumstances and it demonstrates their dedication to improving stewardship practices and meeting the demands of consumers,” said Brian Wahlbrink, chair of the Almond Board of California (ABC) Board of Directors. 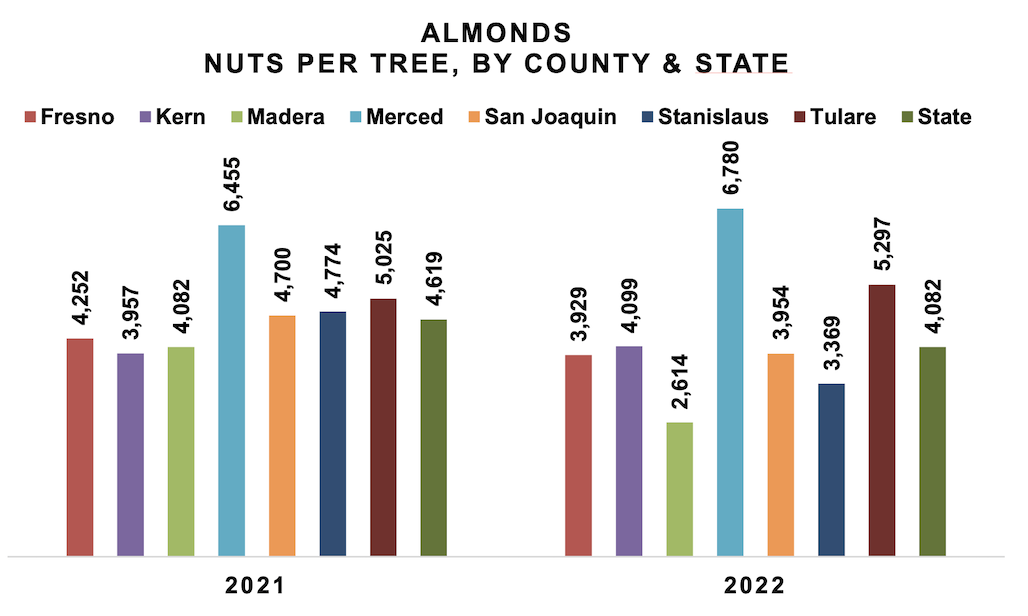 The forecast for the average nut set per tree is 4,082, 12 percent down from 2021. The Nonpareil average nut set of 3,966 is also 12 percent lower than last year. The average kernel weight for all varieties sampled was 1.47 grams, up less than 1 percent from the 2021 average weight. The Nonpareil average kernel weight was 1.55 grams, up slightly from last year.

“Despite the shipping and logistical logjams, recent shipment numbers have set monthly records, which demonstrates the demand for California almonds continues to increase in the U.S. and around the world,” said Almond Board President and CEO Richard Waycott. “Almond growers are putting what resources they can afford this year into producing their crop, and their efforts show. Although there was a drop from last year, the forecast reflects the efforts of growers to meet global demand and ensure a steady supply of high quality California almonds.” 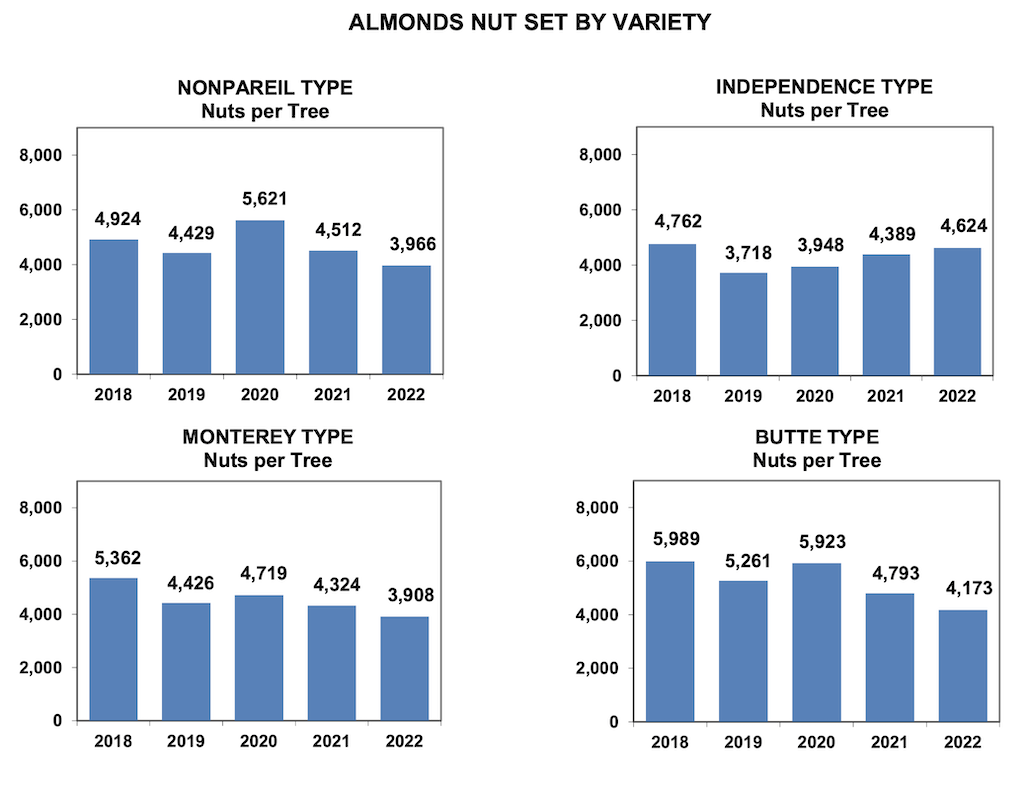 ABC’s April and May 2022 Position Reports showed that almond exports set records for both months, even while facing shipping and logistical obstacles, and total almond shipments in May also set a record. NASS conducts the annual Subjective Forecast, Objective Report and Acreage Report to provide the California almond industry with the data needed to make informed business decisions. Of the crop estimates, the 2022 California Almond Objective Report is considered the more accurate and is based on actual almond counts using a statistically rigorous methodology. — by the Almond Board of California 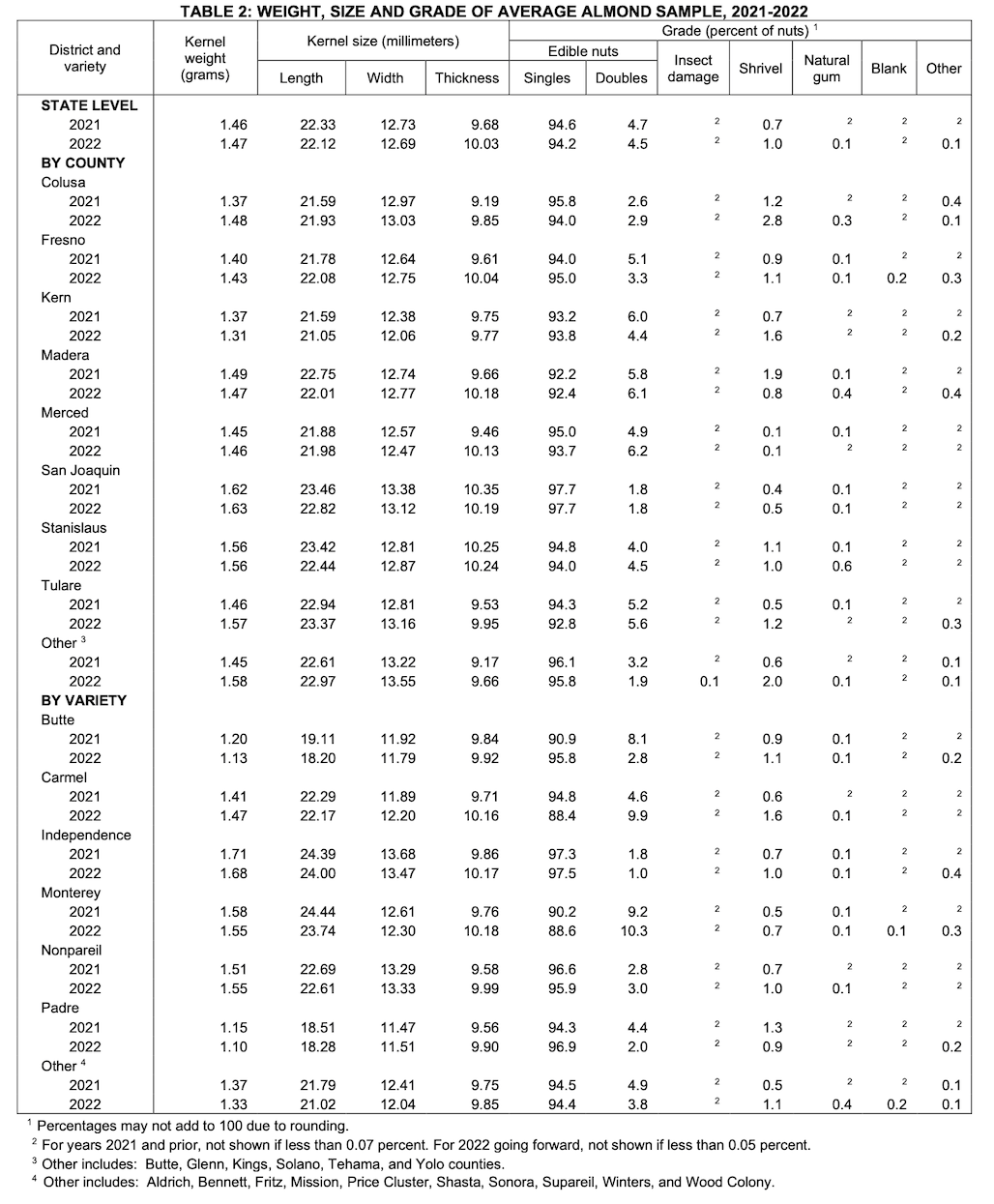