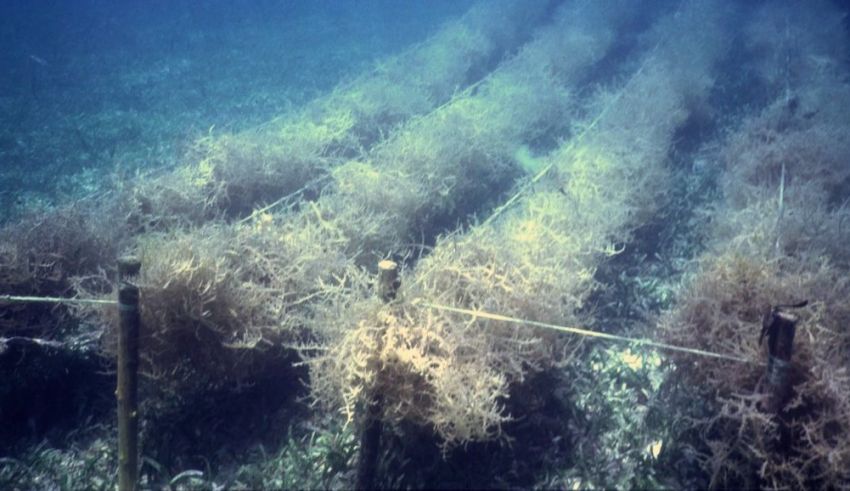 What do you think of when you hear “seaweed”? Chances are, its sushi, nuisance at the beach, or something in a package at an Asian market. If that’s the case, you’re in for a surprise.

Without knowing it, you might, literally, be up to your neck in seaweed; seaweed is a common ingredient in cosmetics, moisturizers, anti-aging and anti-inflammatory products, lotions, shampoos, and toothpaste.

Globally, the seaweed industry hauls in about $6 billion per year, with farmers producing more seaweed per ton than lemons and limes. Its products run the gamut in agriculture, from farm to fork; as biomass for biofuel; and in ways that help the environment to mitigate climate change.

“There are many types of seaweeds that are a part of marine ecosystems,” said Caird Rexroad III, national program leader for aquacultureat USDA’s Agricultural Research Service. “Seaweed is harvested from the wild, however we’re also seeing an increase in seaweed farming in the United States.”

International seaweed production has increased over 1000-fold since 1950, up from 34.7 thousand tons to more than 34.7 million tons. Although Europe and Asia have outpaced the United States, seaweed farming is the fastest-growing sector of American aquaculture. Dozens of aquatic farms have taken off in New England, the Pacific Northwest, and Alaska, where production has grown from 18 tons in 2017 to about 440 tons in 2021.

Seaweeds are farmed by culturing them on long lines that are suspended below the surface of marine waters, Rexroad said. Once fully grown, farmers harvest it for processing. Seaweeds can also be grown on land in tanks supplied with seawater, but these systems are primarily used for research.

Many chefs include various types of seaweed in their recipes or serve it as a featured item. In addition to flavor, seaweed has many nutritional benefits, depending on the type of seaweed. Those benefits include iodine, which supports thyroid function; vitamins, including B12; and many antioxidants, carotinoids, and flavonoids. Carotinoids have cancer-fighting properties, while flavonoids help prevent cardiovascular disease, diabetes, cancer, and such cognitive diseases as Alzheimer’s and dementia.