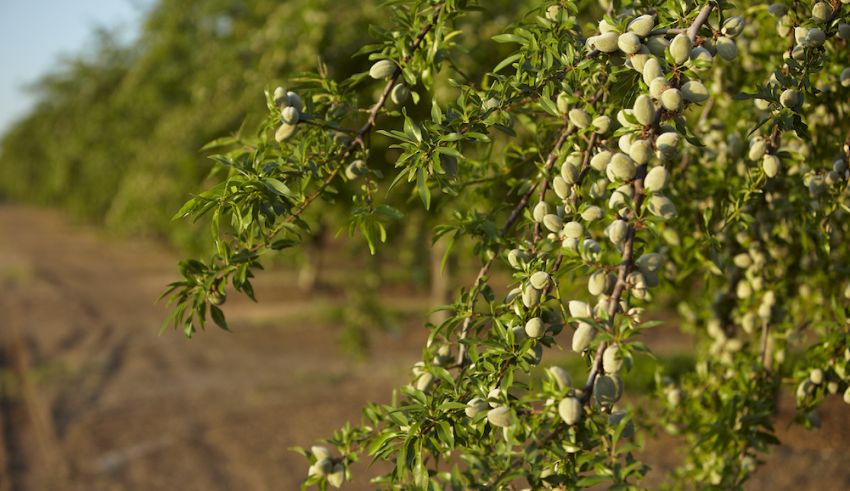 Almonds at Sunrise, photo courtesy of the Almond Board of California

The 2022 California Almond Subjective Forecast published by the U. S. Department of Agriculture’s National Agricultural Statistics Service (NASS) estimates that the crop harvested in 2022 will come in at 2.8 billion pounds, 4 percent below last year’s 2.92 billion pounds. 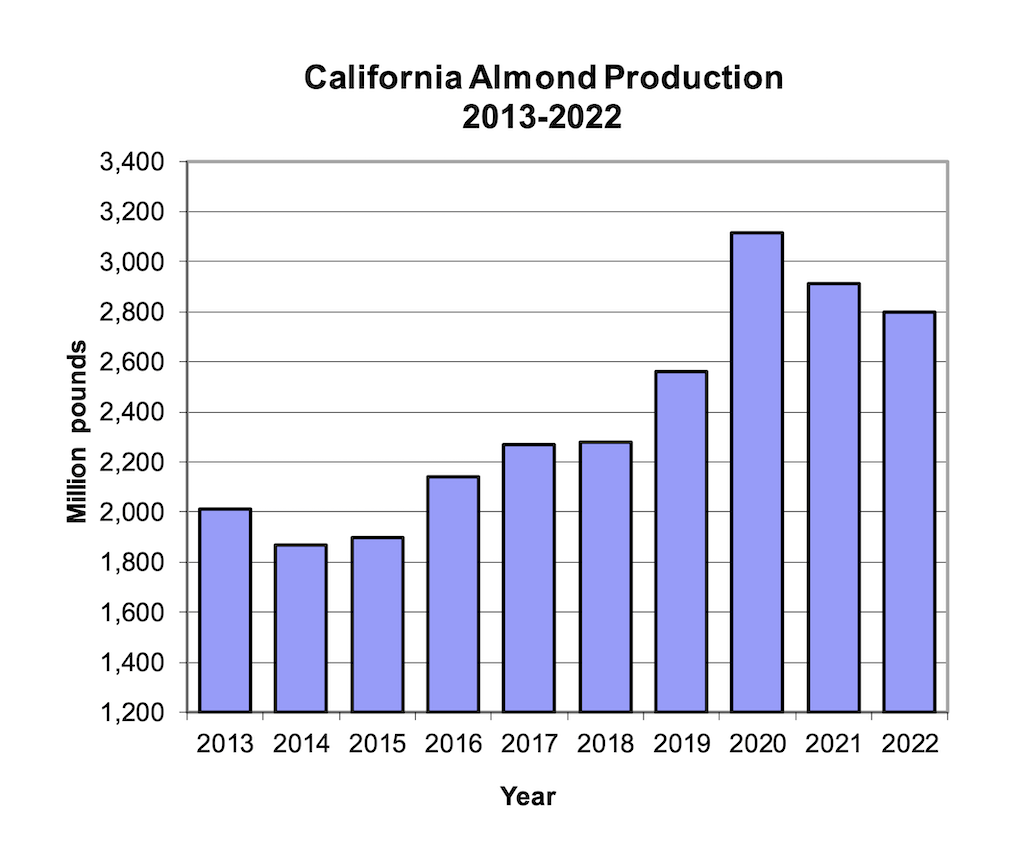 “A lower crop estimate was not totally unexpected versus last year’s 2.9 billion pounds,” said Richard Waycott, president and CEO of the Almond Board of California (ABC). “Some growers’ crops this spring were impacted by frost, while all growers are managing continuing concerns about water availability. However, demand for California almonds around the globe remains strong and California almond growers are prepared to meet that demand.”

The Subjective Forecast is the first of two production reports from NASS for the coming crop year. It is based on opinions from a phone survey conducted from April 19 to May 6 of randomly selected California almond growers. The sample of growers, which changes every year, is spread across regions and different sized operations.

On July 8, NASS will release its second production estimate, the 2022 California Almond Objective Report, which is considered more accurate and is based on actual almond counts using a more statistically rigorous methodology to determine yield. 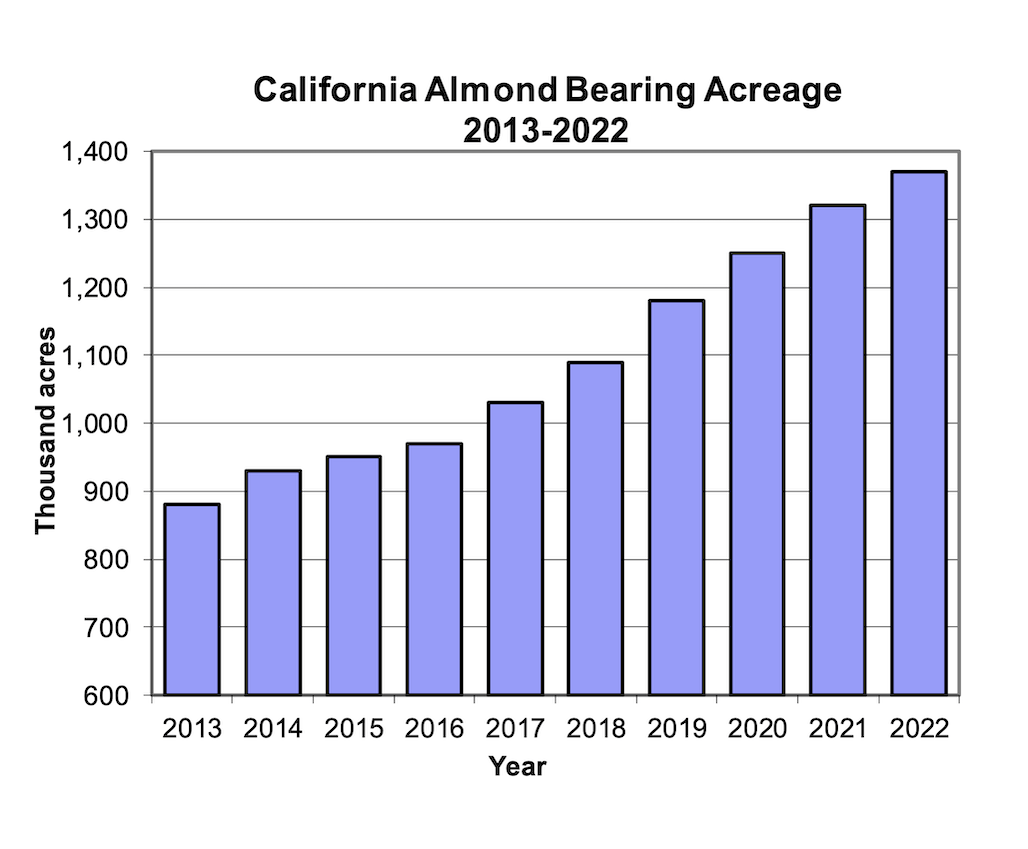 This Subjective Forecast comes two weeks after NASS released the 2021 California Almond Acreage Report, which gave a preliminary estimate for bearing acreage in 2022 at 1.37 million acres, about 3.8 percent larger than its estimate for 2021 of 1.32 million bearing acres. 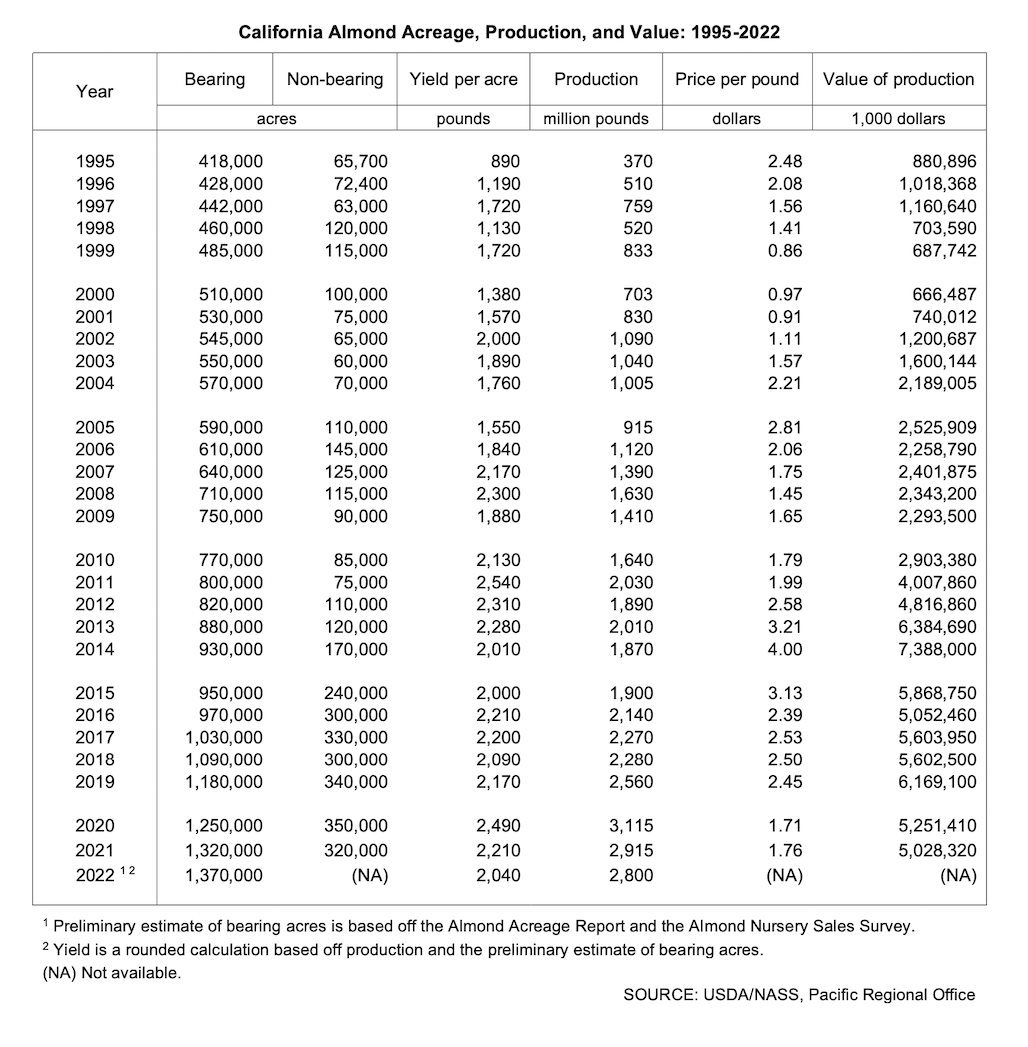