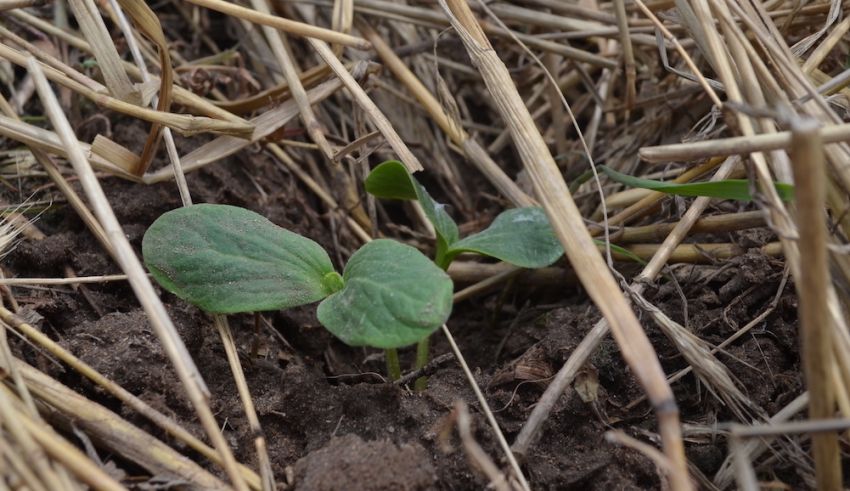 Pumpkins (Cucurbita pepo) are a common vegetable crop sold at local pumpkin patches and farmers markets, in addition to commercial production. In 2019, the value of harvested pumpkin was worth $180 million.

In addition to the value of harvested pumpkins for commercial use (canned pumpkin, produce departments, etc.) pumpkins are also a staple crop in agritourism operations. In Kansas alone, there were 409 farms registered in the state in 2020. Agritourism enterprises have shown to benefit communities by connecting consumers with agriculture and help preserve farmland in rural and peri-urban areas.

According to researcher Peter Tomlinson, “no-till production methods have been widely adopted by agronomic (field corn, soybean, wheat, etc.) growers throughout the United States. However, no-till practices for vegetable production in the Central United States are relatively rare. Mid-Atlantic States such as Pennsylvania, Virginia, and Maryland have adopted no-till practices for pumpkin and other large-seeded vegetable crops.”

The study compared growing pumpkins in a biannual tilled control system with annual tilled systems that used cover crops. “This project is designed to compare systems, rather than individual effects of cover crops or tillage,” says Tomlinson. The authors reported the effects of a three-year project on dynamic soil properties.

The annual systems used cover crops planted into the soil. They were terminated before planting the pumpkins. The team researched cereal rye and oat alone, as well as cereal rye with other cover crops mixed in. They performed the study over three growing seasons at two sites – Eastern and South-Central Kansas. Both sites have humid climates with warm summers, and loam-type soils.

At each of the study sites, soil health was assessed at two key times; plots were sampled 2-3 weeks after pumpkin planting, and immediately after pumpkin harvest.

The main soil physical property that was affected by management systems used in this study was an improvement with the use of conservation systems in total soil aggregation and the presence of very large aggregates. Soil aggregates are small particles of soil held together with a glue-like substance. This is usually due to microbial activity. Soil aggregates help in the stability of the soil making it less prone to wind and water erosion.

“Adding cover crops and reducing tillage in a pumpkin production system can cause a measurable change in soil aggregation in a short period of time, two years in this study,” says Tomlinson.

“There were few instances where the species or mixture of species influenced the results,” he continues. “Rather, the presence of cover crops in the conservation systems appears to have a more dominant role. The significance of this work is that it demonstrated there can be measurable changes in some dynamic soil properties in the short term (two years). This is within a system that involves a reduction in tillage operations and the addition of cover crops.”

“We conclude that the use of less tillage and a cover crop in a conservation system is generally beneficial as compared to a conventional system. This study illustrates the potential for improving some soil health parameters in as little as two years,” says Tomlinson. Future research will focus on how the implementation of conservation system across a range of agricultural systems and time scales effect dynamic soil properties.”

Funding for this research was provided by NRCS Conservation Innovation Grant.