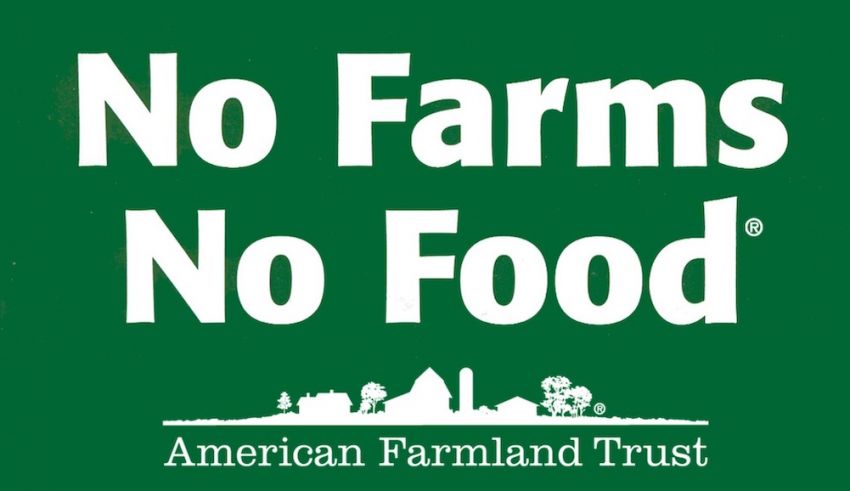 No Farms No Food: Uniting Farmers and Environmentalist to Transform Agriculture by Don Stuart, published by Island Press, recounts the history of American Farmland Trust and its success uniting disparate interests to bring about the protection of farmland and ranchland and the conservation of environmental resources on which our food, fuel, feed and fiber production rely—on which society and the planet relies. 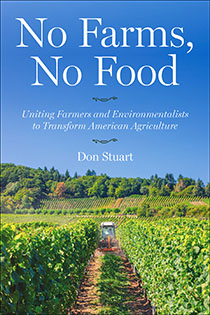 No Farms, No Food takes readers inside the political and policy battles that determine the fate of our nation’s farmland and food system. It also illustrates the tactics needed to unify fractured interest groups for the common good. No Farms, No Food is both an inspiring history of agricultural conservation and a practical guide to creating an effective advocacy organization. This is an essential read for everyone who cares about the future of our food, farms and environment.

American Farmland Trust was spawned of a time when our nation faced great social, economic and cultural upheaval. Combine inflation, an oil shock that emptied grocery shelves, a wave of environmental regulation, and a farm industry in crisis. 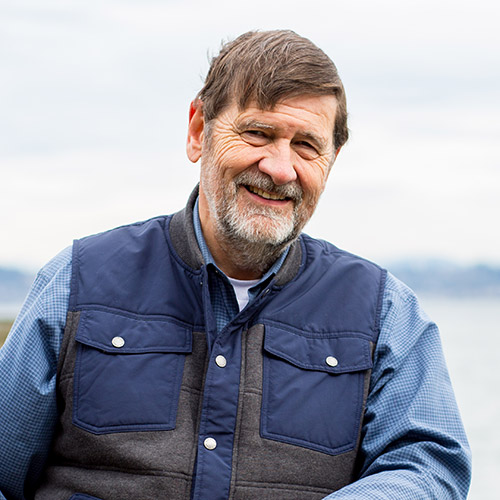 In the 1980s, national concerns about the environment and urban sprawl, and the prospect of regulatory approaches to addressing these concerns, was met by strong opposition from an already struggling farm community. The farm debt crisis of the 80s drove many farmers out of business. By 1985, only 2.2 percent of the population lived on a farm, down from 30.2 percent in 1920. Farmland values had crashed, and land was being lost to development at the rate of 3 million acres a year. A focus on yield, based on “Get Big or Get Out” policies of the 1970s was driving soil loss, compromising water quality and challenging wildlife and biodiversity.

In those days, between the private, nonprofit environmental groups and the world of groups representing commercial agriculture, collaboration was largely absent. Environmentalists were convinced that the planet was at risk. Farmers were convinced their industry was on the verge of bankruptcy. Neither saw room for compromise.

American Farmland Trust led a sea change, building a coalition that reshaped the relationship between American agriculture and the broader environment movement.  An early and significant example of that was the introduction of the Conservation Title in the 1985 Farm Bill.

Back then and to this day, AFT has advocated for policies that bridge the agricultural and environmental gap, leading groups to meet in the middle. These principles, clearly outlined in Chapter 10 of No Farms No Food, include understanding and respecting underlying motives and points of view. The arguments AFT makes to farmers are not the same ones the organization used with environmentalists. The case is presented to each side in a manner that is grounded in that constituency’s values, stated in their language and respectful of their point of view. But both arguments are true. And the goal is the same for both — a better world for farmers and the environment.

We are again at a precipice. The Farm Bill is up for renewal in 2023. With all the pressures impacting agriculture and our environment, including the changing climate, 2028 will be too late to implement what is now urgent.

Since early 2020, Americans have witnessed empty grocery store shelves due to disruptions caused by the pandemic. We are experiencing continued supply change disruptions, rising food prices, an oil shock due to the war in Ukraine, the impacts of climate change including droughts, wildfires, derechos and other extreme weather events.

At the same time, our agricultural base is shrinking. AFT’s 2020 “Farms Under Threat: State of the States” report showed that 2,000 acres a day is being lost or compromised due to ill-planned development. Farmers are on the frontlines and all of us who eat will continue to be impacted if we don’t help drive change.

Securing our agricultural land and stewarding it well, building soil health, protecting water quantity and quality, wildlife and biodiversity is critical to our survival.

We must again reshape the Farm Bill to re-incentivize farmland protection and farming practices that foster productivity, profitability and above all a healthy planet where food is abundant and affordable. This will not be easy, requiring all interests to come together including America’s eaters.

In his foreword to the book, Bill Reilly, former EPA administrator and president of the World Wildlife Fund, who once served as the board chair at American Farmland Trust, wrote: “The current class of climate activists could learn a lesson or two from how AFT has approached his work over the years.”

The blueprint is contained in No Farms No Food: Uniting Farmers and Environmentalist to Transform Agriculture, now available from Island Press.

American Farmland Trust is the only national organization that takes a holistic approach to agriculture, focusing on the land itself, the agricultural practices used on that land, and the farmers and ranchers who do the work. AFT launched the conservation agriculture movement and continues to raise public awareness through our No Farms, No Food message. Since our founding in 1980, AFT has helped permanently protect over 6.8 million acres of agricultural lands, advanced environmentally-sound farming practices on millions of additional acres, and supported thousands of farm families.