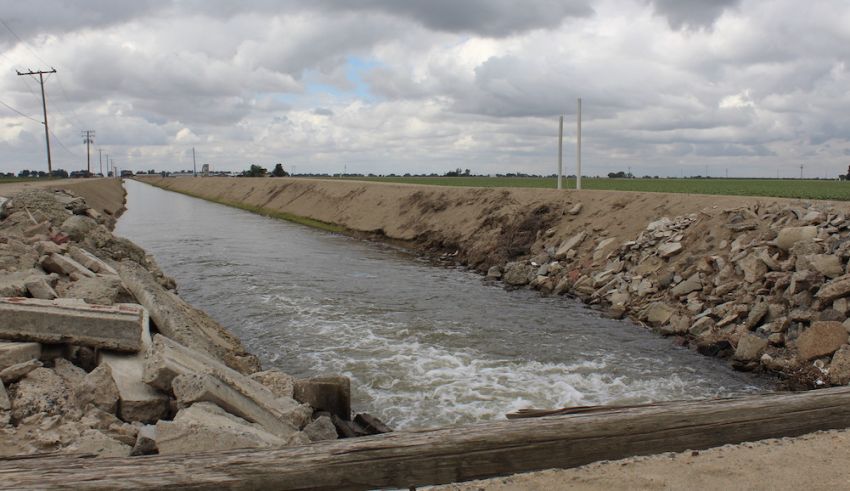 The California Department of Water Resources signed an agreement to award $3.3 million in funding to the San Luis and Delta-Mendota Water Authority to repair segments of the Delta-Mendota Canal (DMC) in the San Joaquin Valley that have been damaged by land subsidence.

The Delta-Mendota Canal, which conveys water over 116 miles from its headworks in Byron to its outlet in Mendota, plays a critical role in delivering water to 1.2 million acres of farmland in the San Joaquin, San Benito, and Santa Clara valleys. It also delivers water to more than 2 million Californians and approximately 150,000 acres of managed wetlands important to the Pacific Flyway.

The Delta-Mendota Canal is one of four projects that will receive funds as part of a $100 million initiative in the California Budget Act of 2021 to improve water conveyance systems in the San Joaquin Valley. DWR is also working on agreements for projects on the San Luis Canal and the California Aqueduct, and recently announced the release of funds for repairs of the Friant-Kern Canal.

The state-funded program, which aligns with Governor Newsom’s Water Resilience Portfolio to improve water quality and supplies for California, is part of a cooperative approach to fixing California’s water conveyance infrastructure pursued by local, state, and federal agencies.

“This initial funding award is a positive step forward to begin to mitigate the impacts of subsidence on the Delta-Mendota Canal,” said Federico Barajas, executive director of the San Luis and Delta-Mendota Water Authority.

“We appreciate the leadership and commitment demonstrated by the Newsom Administration, our Congressional and California Legislative delegations, and the Authority member agencies, to advance this project to increase water resilience to the communities and ecosystems served by the water delivered through the Delta-Mendota Canal.”

To receive program funding, participants must show proof of adequate non-state cost share to match the State financial assistance. Program funds will be used to pay for planning, permitting, design, and construction of near-term subsidence rehabilitation projects, such as raising canal embankments or repairing check structures. Agencies with funded projects will need to investigate the risk of subsidence and how to prevent continued subsidence.

An additional $100 million in funding is slated for the coming fiscal year.

Subsidence is a long-term issue for water conveyance systems that has been exacerbated by recent droughts. If not addressed, continued subsidence will further reduce the water delivery capacity of regional canals and aqueducts and increase the costs for remediation.

The San Luis & Delta-Mendota Water Authority was established in January of 1992 and consists of 27 member agencies within the western San Joaquin, San Benito, and Santa Clara Valleys, that provide water service to approximately 1,200,000 acres of irrigated agriculture, 2.5 million people, including many living in economically disadvantaged communities, and 130,000 acres of managed wetlands of importance to the Pacific Flyway.