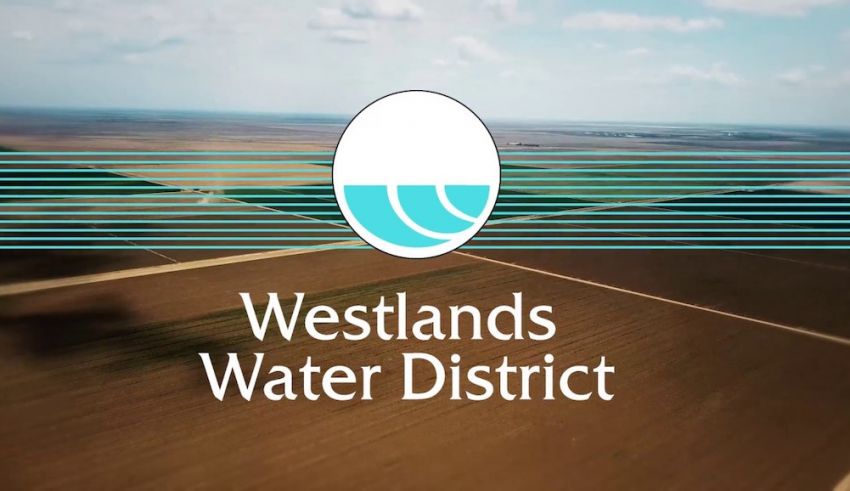 A new analysis highlights the significant, positive economic impact that agricultural production within the Westlands Water District has on the State of California and the country as a whole. The Economic Impact of Westlands Water District (Study), conducted by Michael A. Shires, Ph.D., outlines the far-reaching consequences of inadequate and unreliable water supplies on economies and communities.

The Study analyzes the economic impacts of the agricultural activities occurring within Westlands Water District. The Study also investigates how challenges such as water supply restrictions, climate change, inflation, supply chain disruption, and the COVID-19 pandemic can seriously threaten the quantity and quality of food available to the people of this nation. Taken together, these challenges underscore the important role that California’s agricultural production plays in national security and why protecting America’s domestic food production is essential.

According to the Study, on an annual basis, agricultural production within Westlands Water District is responsible for generating over $4.7 billion in economic activity and supporting over 35,000 jobs across the regional economy. These jobs produce the wages, tax revenue, and consumer spending that drive economic activity throughout the state.

“The farms within Westlands Water District are significant suppliers of fresh produce and other agricultural products both to the nation and the world. Activities in Westlands directly and indirectly employ and support tens of thousands of households and creates billions of dollars of economic value,” said Dr. Shires. “While there are a range of complex, modern policy and economic crises that may influence the level of that production, there is no real domestic alternative for production of these critical agricultural products.”

The farms in Westlands and the associated share of the country’s food supply, are at risk. “While farms in Westlands continue to produce billions in economic activity, support communities in the San Joaquin Valley, and employ thousands of farmworkers and growers, we recognize that this production – and the livelihoods of those behind it – is highly dependent on water availability,” said Tom Birmingham, General Manager of the Westlands Water District.

When farmers do not have adequate water supplies, they are forced to make difficult decisions. They fallow otherwise highly productive land, and, in some instances, abandon planted acres because they lack water to continue irrigating their fields. Those decisions have widespread impacts. The Study found a “striking” correlation between “poverty levels in [Fresno and Kings] counties…with the shortfalls in water deliveries from the [Central Valley Project] to the Westlands Water District.” Poverty rates in these two counties are directly related to the water supply available to farmers in the District – when the District receives little to no water, more people in those counties suffer from poverty, and when the District receives a higher water allocation, the counties’ economic stability improves.

Further, with no domestic alternative for the agricultural contributions of the region, the economic impacts and negative implications of an inadequate water supply extend well beyond the local community. “At a time where instability around the globe has had significant impacts on the entire continent’s access to core crops like wheat, corn, and sunflower oil – on top of rising inflation and fuel costs – protecting the Nation’s domestic agricultural production capacity is fundamental to the security of the United States,” said Tom Birmingham.

“The bottom line is that much of the food in your pantry, refrigerator, and on your dinner table continues to be available because farms in California continue to provide some 80 percent of the nation’s supply of fresh fruits, vegetables, grains, and nuts. If this domestic production is curtailed, it will make the nation dependent on foreign sources which are, in turn, much more subject to supply chain, transportation, and quality problems,” Dr. Shires said. “If water supplies continue to be uncertain and volatile, there will be irreparable harm to already disadvantaged communities in the region and the acreage available to continue growing this produce will be significantly constrained.”

Westlands Water District is recognized as a world leader in agricultural water conservation and has served the farmers and rural communities on the westside of Fresno and Kings counties for more than six decades. As stewards of one of California’s most precious natural resources, Westlands continually invests in conservation, and champions farmers deploying innovative irrigation methods based on the best available technology.