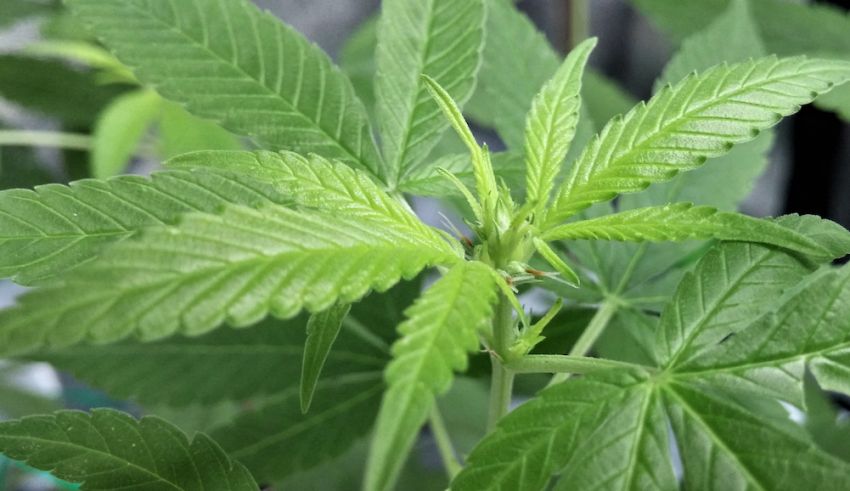 A close-up of a hemp seedling. Research at Oregon State University is looking at the viability and vigor of industrial hemp seeds in the growing industry. Photo courtesy of Sabry Elias

After decades of being relegated and regulated research on industrial hemp as a valuable crop is far behind. That’s because the United States banned the use of hemp in the 1930s. That means that all research about this crop stopped, too. Now that the Farm Bill allows for the growing and use of industrial hemp, that leaves researchers with a decades-long gap in knowledge.

At the forefront of those trying to enter back into the hemp market – seed companies and potential growers – is seed quality after harvest.

This is where Sabry Elias, professor of crop and soil science at Oregon State University, and his team come in. Elias recently presented his work at the 2021 ASA-CSSA-SSSA annual meeting, held in Salt Lake City.

“One of the challenges in growing industrial hemp is that the plants have an indeterminate flowering pattern,” Elias explains. “This results in seeds with different maturity levels and ages on the same plant at the time of harvest.”

This poses a series of questions that Elias and his team investigate. What is the difference in quality between a seed higher on the plant versus one lower on the plant? How can they test for these quality differences? After harvest, do seeds go dormant? If they do go dormant, for how long and how can dormancy be broken?

The researchers performed four different tests on two varieties of hemp seeds. Two measured seed viability by trying to tell the difference between live and dead seeds. Two others measured seed vigor by looking at how fast they germinated and how well they grew under stress conditions.

“Two seed lots can have the same viability percentage (e.g., 85%), but one of them can be more vigorous than the other,” Elias explains. “It is like both a 90-year-old and 25-year-old are alive, but the person who is 25 is (usually healthier than the one who is 90 years old)”.

One viability test used biochemical reactions and subsequent color changes of seeds to measure if a seed is viable. The other measured the capacity of seeds to germinate and produce normal seedlings. One of the vigor tests germinated the seeds to test how quickly they do so. The second placed the seeds in high-stress conditions and then germinated them.

Their findings showed that all four of these tests were useful in measuring the quality of hemp seeds. The team’s experiments also showed that harvesting the seeds lower on the hemp plant seven to eight days later than those higher on the plant improved the overall quality of the seeds.

“This makes the whole plant, upper and lower parts, available for harvest,” Elias says. “It increases the yield by one-third because the current practice of some hemp farming systems is to harvest only the upper two-thirds of the plants to avoid the underdeveloped seeds from the lower part.”

Lastly, the scientists looked at the dormancy of the seeds. Elias explains that dormant seeds are viable seeds but will not germinate even under favorable conditions, until dormancy is broken. Seeds are most dormant right after harvesting.

Dormancy slowly disappears over time or with treatments such as pre-chilling, dry heat, or hormonal treatments. Their research showed that a pre-chilling treatment at 10 degrees Celsius for five days was able to break dormancy.

“I believe that hemp has great potential as a cash crop for growers in the United States and around the world because of its multiple uses in food, pharmaceuticals, and industrial products,” Elias says. “In addition, I have passion for the areas of seed physiology, quality, and dormancy, particularly because research in hemp had been put off for decades.”