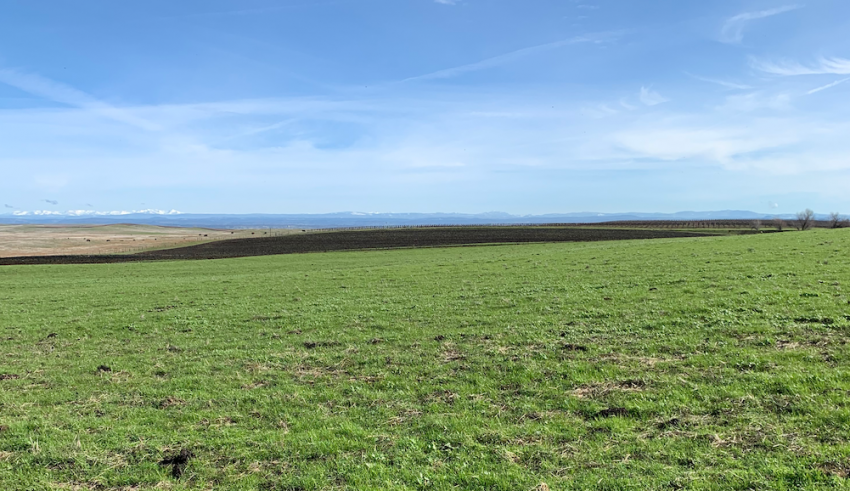 Many people do not know that human waste can be recycled to benefit the environment. After intense treatment, it can be applied to fields in the form of biosolids.

While scientists know that this can benefit the soil, they are still learning about the best ways to measure this. In addition, it can be hard to determine how much it helps the soil over a long period.

That’s where Yocelyn Villa from the University of California, Merced comes in. She and her collaborators studied fields in California where biosolids have been applied for 20 years.

“Our goal was to assess how stocks of soil carbon have changed over time at each of these sites,” she says. “We did this by measuring how much carbon is present compared to adjacent areas without biosolids application. Specifically, we wanted to account for not only shallow soil depths, but also deep soil carbon, down to 100 cm depths.”

The three sites they studied had different biosolids application frequencies, management practices, and soil texture. The researchers focused on measuring microbial biomass carbon and nitrogen, soil organic carbon, and total nitrogen. These are all soil qualities known to benefit from the application of biosolids.

They predicted that the more biosolids that are applied, the more carbon and nitrogen there would be in those soils. Most of their results were what they expected. However, they were surprised that the site that had the highest application of biosolids did not show the most change. In addition, one of the sites did not show a benefit from the biosolids application until they performed tests on the deeper soil.

“If we had only taken the top 30 cm into account, we would have not detected a change in soil carbon at the Merced site,” Villa said. “This is the biggest and most important finding.”

She adds that this shows how the organic matter in biosolids does not simply sit in the soil and accumulate. Instead, it is impacted by dynamic properties that also influence soil organic matter.

This told the researchers that it’s important to measure deep soil carbon and consider other management practices at a site when studying the impact of biosolids. These local controls can be soil texture, irrigation practices, and tillage.

“Many studies have shown the benefits of biosolids application for plant production and nutrient cycling,” Villa explains. “This conjointly provides benefits to soil carbon. Farmers and ranchers have seen differences in vegetation for livestock and other soil health benefits. I would recommend monitoring these benefits through time.”

“This research is interesting to me personally because I have always been interested in climate change,” she says. “The more I learned about the environment, the more I realized that soils may be the key to mitigate climate change.”

The next steps in Villa’s work are to determine how exactly the soils stabilize carbon and keep it in the soil. She is also assessing where the carbon is in the soil, which will provide insight on how accessible the carbon is for microbes to use. Overall, she is excited to see others beginning to appreciate soil’s potential.

Biosolids have been used in cities like Chicago for several years, to help clean up industrial sites and other purposes.

“I think people don’t realize that human waste can be recycled like this, and that soil is a potential solution to climate change,” she says. “It’s always a treat to see how people’s faces light up with intrigue. Hopefully I have convinced them that we need to stop treating soil like dirt!”

Funding for this research was provided by the Bay Area Clean Water Agencies, Jena and Michael King Foundation, and Department of Life and Environmental Sciences at the University of California, Merced.

American Society of Agronomy, Soil Science Society of America, Crop Science Society of America: Collectively, these Societies represent more than 12,000 individual members around the world. Members are researchers and professionals in the areas of growing our world’s food supply while protecting our environment. Together we work toward solutions to advance scientific knowledge in the areas of agronomy, crop science, and soil science.