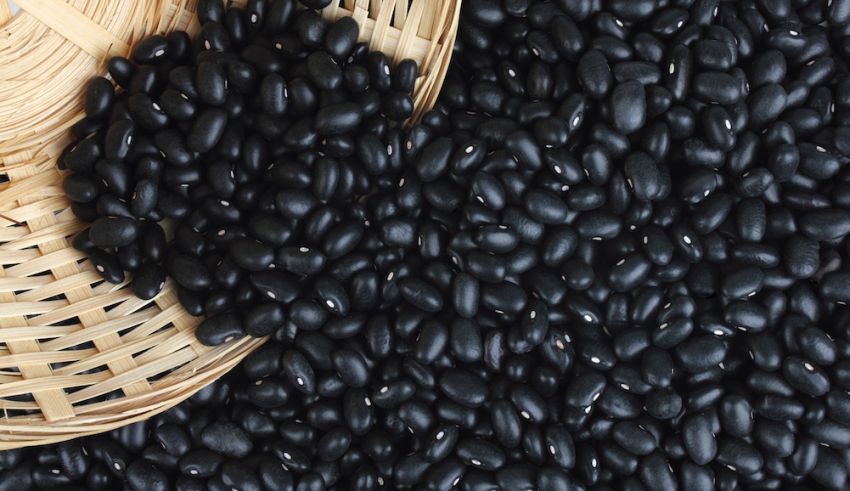 As little as the mouse-size equivalent of a single serving a day of black beans—about a half cup for a human—lowered insulin resistance 87 percent in obese mice compared to obese mice eating the same high-fat diet without the black beans. Insulin resistance is when a body’s response to the hormone insulin is impaired so glucose in the blood cannot be used for energy, resulting in high blood sugar, a factor often leading to diabetes.

Other diabetes-related biomarkers such as the levels of leptin, glucagon, and a group of inflammatory biochemicals were all significantly better in the mice on the high-fat plus black beans diet.

“This research suggests that eating even a small amount of black beans can have multiple health benefits,” said ARS research chemist Wallace Yokoyama with the Healthy Processed Foods Research Unit of the Western Regional Research Center in Albany, California. Yokoyama led the study, which was published in the scientific journal Foods.

“We also tested if supplementing the high fat diet with individual components from black beans would have the same beneficial impacts on the obese mice and didn’t find the same effects at all. It was only adding whole black beans, and cooked whole beans at that, which had the benefits,” Yokoyama said.

Perhaps the most interesting scientific information coming from this study, according to Yokoyama, is data to begin determining just how black beans improve insulin resistance. It appears that black beans may inhibit the JNK/c-Jun pathway, a key metabolic pathway that has many but not necessarily well-defined functions including regulating inflammatory responses. Chronic inflammation is believed to be the basis for insulin resistance and other metabolic diseases.

Black beans, or more precisely black turtle beans (Phaseolus vulgaris), are generally low in fat and high in fiber and protein. They are popular in Latin American, Mexican and Caribbean cuisines as well as in Cajun and Creole cooking. Like all common beans, black beans are native to the Americas. Today, they have been introduced around the world to become known as frijoles negros or poroto negro in Spanish, feijão preto in Portuguese, and karuppu kaaramani and kala ghevada in various regional cuisines of India.