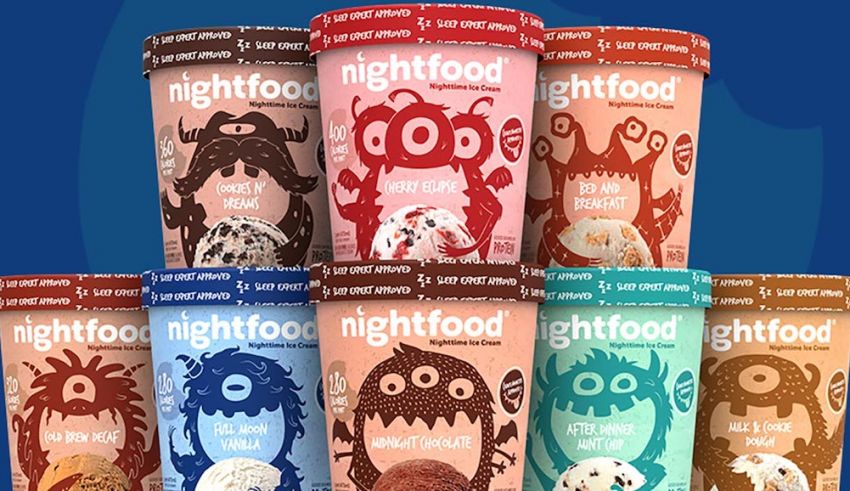 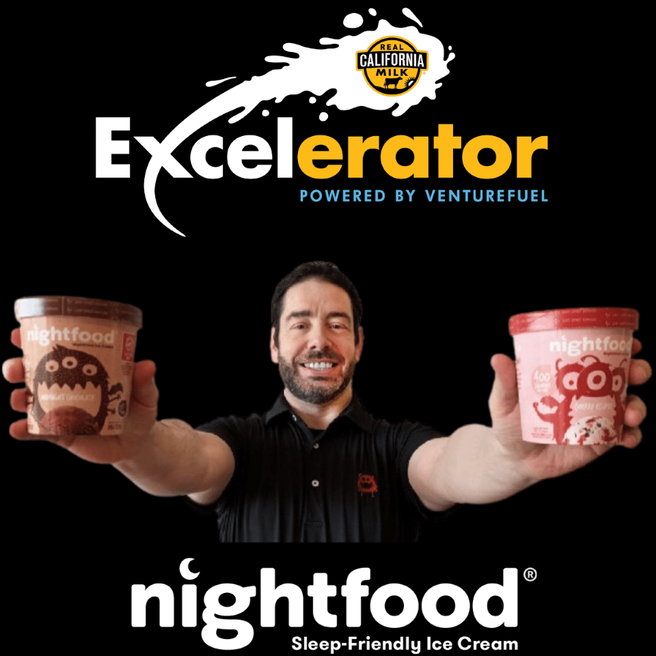 Nightfood claimed a sweet victory as grand prize winner of the Real California Milk Excelerator dairy innovation competition during a live pitch event. The competition, created in 2019 by the California Milk Advisory Board (CMAB) and VentureFuel to fuel innovation in new dairy product development, is a global search for the very best emerging products to bring to market using California milk and dairy ingredients. As grand prize winner, Nightfood will receive $150,000 in resources and funding to bring their sleep friendly ice cream novelties to hotel locations across the U.S.

As presented by Founder and CEO, Sean Folkson, a self-identified night snacker and former insomniac, Nightfood’s mission is to help nighttime snackers around the world satisfy their hard-wired cravings in a better, healthier, and more sleep-friendly way. The company recently completed a successful pilot program with a leading global hotel chain to introduce Nightfood ice cream pints into hotel lobby shops across the country. Excelerator prizing will be used to help grow distribution for a novelty version of the ice cream in the hospitality channel. 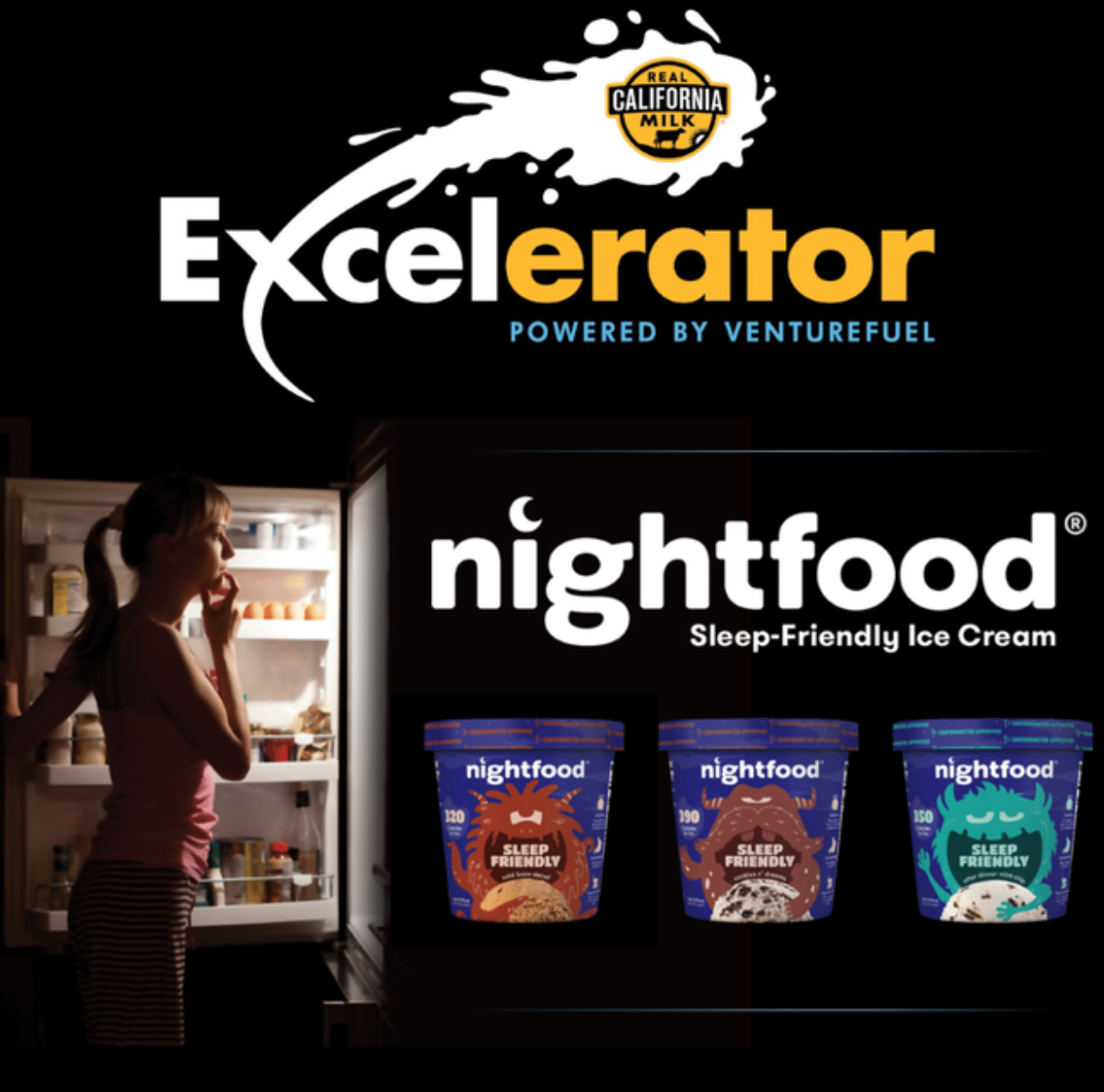 I’m honored for Nightfood to be selected by the CMAB, VentureFuel and the panel of industry-expert judges as the first-place winner in this year’s Excelerator competition. Sleep is becoming a massive health trend, and many consumers wrestle with hard-wired nighttime survival cravings for calorie-dense foods like cookies, chips, candy, and, of course, ice cream,” said Folkson. “Those high-sugar, high-fat snacks tend to be both unhealthy, and sleep disruptive. Nightfood helps consumers satisfy those prehistoric biological cravings in a better, healthier, more sleep-friendly way. With the help of the CMAB, we look forward to making Nightfood sleep-friendly ice cream sandwiches available in lobby shops in 20,000 hotels across the country.”

Nightfood is one of four innovators selected from a field of 12 semi-finalist competitors to present to an all-star judging panel from the CPG, retail, venture capital, food science and media world representing such companies as Albertsons Companies, Coca-Cola, Beam Suntory, My/Mochi Ice Cream, Whole Foods and more in a live virtual pitch (and sample) event. All four finalists represented products in the frozen dessert space – a market valued at more than $52 billion in 2020 and growing, driven by the rising demand for better-for-you dessert options. Alongside the three other finalists, Nightfood was judged on uniqueness or innovation, taste, the ability to scale and the founding team. Sweetkiwi came in second place and will receive $100,000 in support for growth and distribution for their low calorie whipped frozen Greek yogurt that is formulated with fiber, protein, and probiotics for better gut health.

“I am incredibly overwhelmed and excited that we were one of the chosen winners,” said Ehime Eigbe, Founder and CEO of Sweetkiwi. “It is such an exciting time for us, we’re really pleased the judges saw the value in our innovation. We look forward to carrying the Real California Milk seal and being part of the California dairy family.” 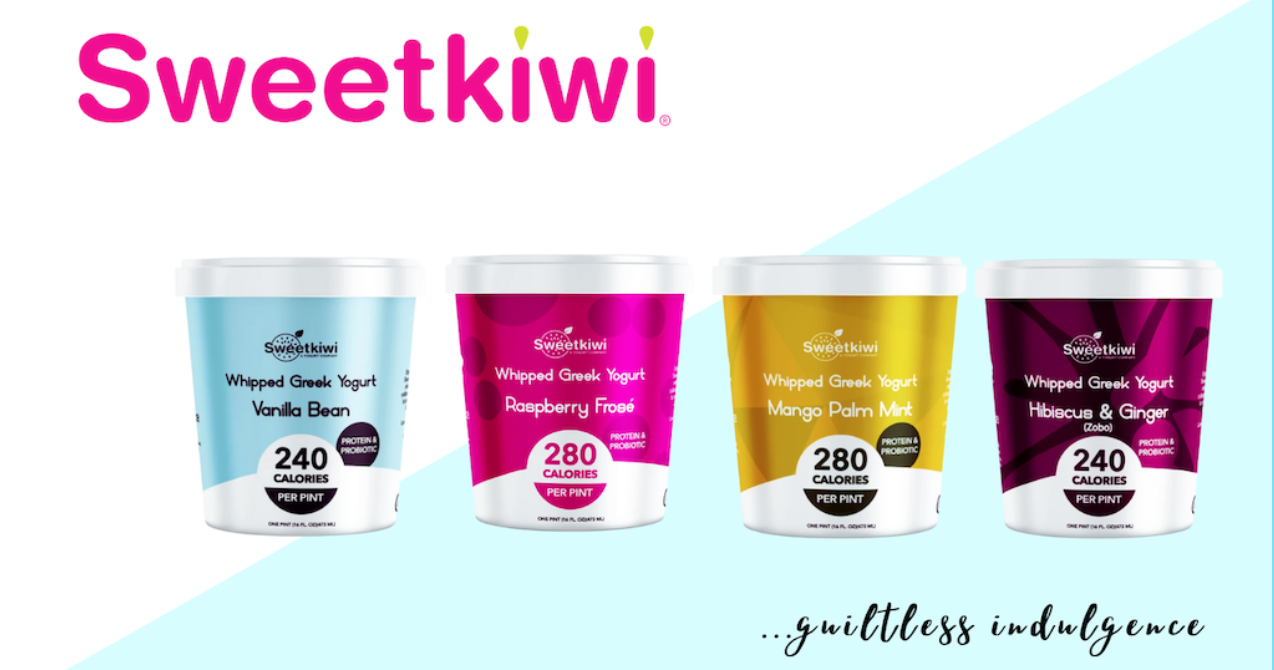 This is the third event of its kind by the California dairy industry. While prior years focused on fluid milk and snacks, the 2021 competition spotlighted products using the nutritional and flavor profiles of real milk and dairy ingredients to deliver performance and recovery benefits in products ranging from sports drinks to indulgent desserts.

Twelve semi-finalists were selected from a field of 62 entries to move through the Excelerator process, receiving $10,000 worth of support each to develop an edible prototype, while receiving a suite of resources including graphic design, lab or kitchen time and elite mentorship from global marketing, packaging, investment and distribution experts from companies including Branchfood, Brandology, Bristol Farms, the California Dairy Innovation Center, Diageo, Garrand Moehlenkamp, Heywell, Highlight, Ignite2x, Ketchum, LA Distributing Company, Lemos Jerseys, Mondelēz International, Rodeo, Vori, and Whole Brain Consulting. The total value of Excelerator prizing is over $650,000.

Finalists were chosen from the semi-finalists competitors during a two-day virtual pitch event judged by a group of experts from Hershey’s, Nestle, Mars, PepsiCo Ventures Group, Amberstone Ventures, Branch Venture Group, FoodNavigator.com, Rosa Brothers Milk Company, Health Magazine, SnackRiot, and The Save Mart Companies. Over 2,000 consumers also were able to vote virtually through Perksy, which provides market research for the mobile generation, on the products they would most be interested in purchasing. An additional 500 consumers were polled through Perksy for the finals and those votes were included in the final tally.

“Excelerator winners were judged as much for the founders and founding teams as for the products themselves and we had an incredible group of competitors this year. Nightfood stood out because it really nailed the performance and recovery objective of this year’s competition and they have a solid plan for owning the sleep space,” said John Talbot, CEO of the California Milk Advisory Board. “We look forward to partnering with Sean and Ehime to bring both Nightfood and Sweetkiwi’s functional dairy desserts, fueled by Real California dairy ingredients, to the larger marketplace.”

“Every product that made it into this competition was a winner, having gone through extensive vetting and due diligence to determine their potential.” said Fred Schonenberg, CEO of VentureFuel. “Our mentors helped each accelerate and, in the end, over 2,000 consumers and the 24 expert judges chose these amazing two winners. CMAB and VentureFuel continue to assist all of the companies that made it into the program – so expect to see many of these participants on a shelf near you very soon.”

To that end, earlier this week, CMAB and VentureFuel hosted a private retail buyer/investor event to introduce the finalists to the market which resulted in over 20 one-on-one meetings with key industry decision makers. The program also supported nascent companies that may be future breakthroughs via a multi-week Incubator Boot Camp for idea-stage companies not quite ready for the main Excelerator.

California, known for innovation, has a reputation for quality dairy products. As the number one producer of fluid milk in the nation, California also leads the nation in sustainable dairy farming practices. More than 1,100 family dairy farms produce the California milk found in fluid milk, cheese, butter, yogurt, ice cream and other dairy products identified by the Real California Milk seal. 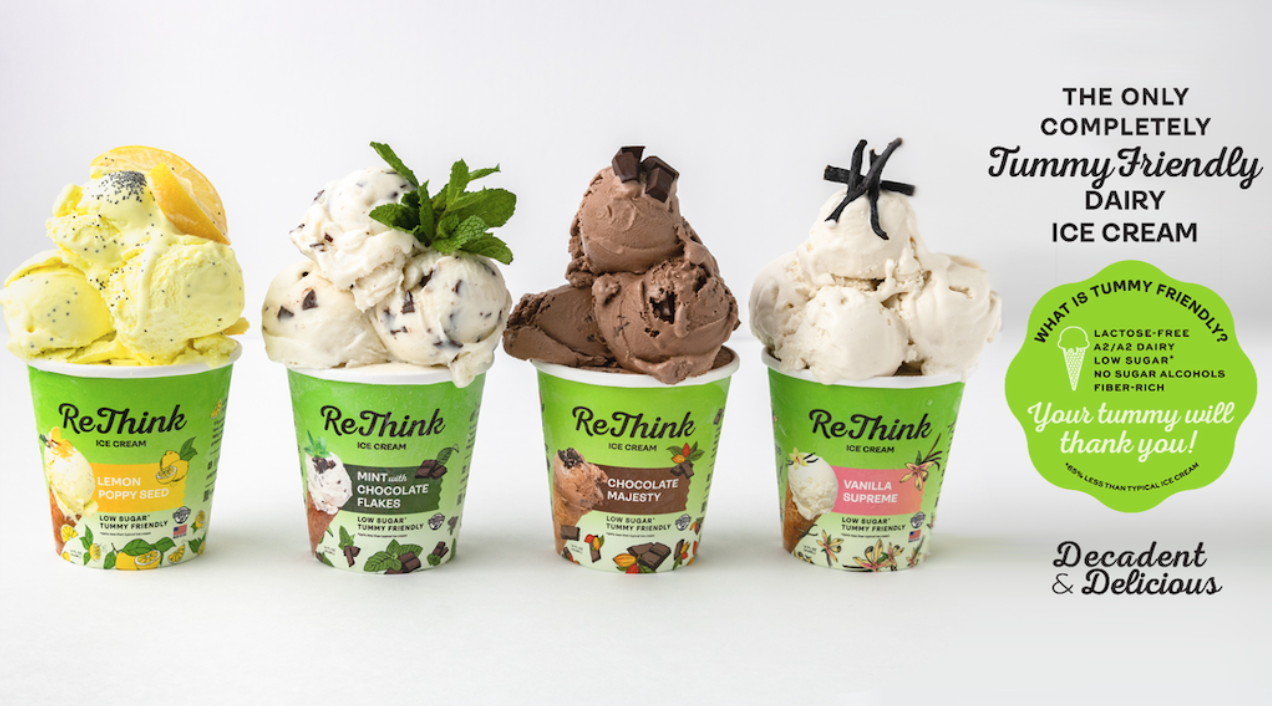 The 2021 Real California Milk Excelerator taps into the thriving functional foods market – a market that has grown significantly over the past year and is projected to reach over $275 billion globally by 2025 and focused on early-stage, high-growth companies with a cow’s milk-based product that plays a critical role in personal performance and/or recovery.

The California Milk Advisory Board (CMAB), an instrumentality of the California Department of Food and Agriculture, is funded by the state’s dairy farm families who lead the nation in sustainable dairy farming practices. With a vision to nourish the world with the wholesome goodness of Real California Milk, the CMAB’s programs focus on increasing demand for California’s sustainable dairy products in the state, across the U.S. and around the world through advertising, public relations, research, and retail and foodservice promotional programs. For more information and to connect with the CMAB, visitRealCaliforniaMilk.com, Facebook, YouTube, Twitter, Instagram and Pinterest.

Founded in 2014, VentureFuel is an independent innovation consultancy that builds innovation programs for industry leaders by unlocking the power of external innovation through startup collaboration. Its programs focus on changing behaviors and beliefs in order to unlock new sources of growth. We provide senior leaders with the tools to drive transformative change within their organizations by opening up their teams to new ways of working, products, services and routes to market. Learn more at: www.venturefuel.net, Linked-In, Twitter and Instagram. You can hear The VentureFuel Podcast on Apple, Spotify or Simplecast.