Tuesday , 31 January 2023
Home News Ag Economics Central Valley Groundwater may be Unable to Recover from Past and Future Droughts 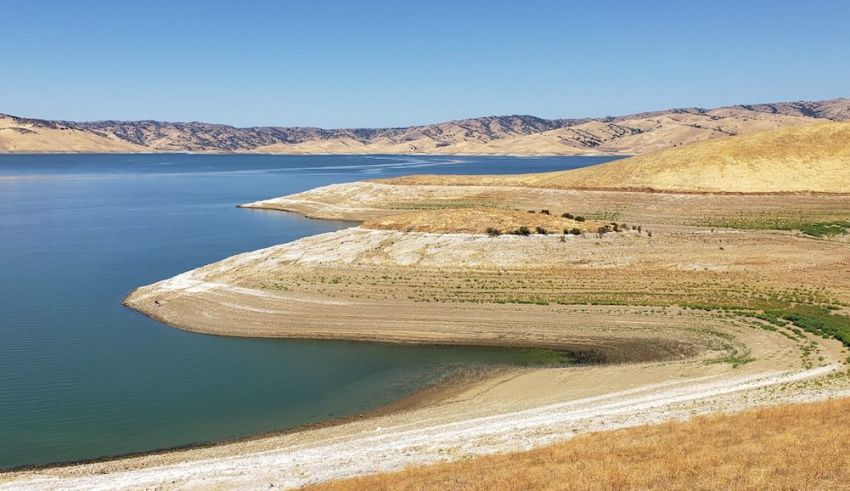 Water in the San Luis reservoir, which was constructed as a storage reservoir in California’s Central Valley. Groundwater in this region may never be able to recover from past and future droughts, according to new research published in Water Resources Research. Credit: Fredrick Lee

American Geophysical Union — Groundwater in California’s Central Valley is at risk of being depleted by pumping too much water during and after droughts, according to a new study in the AGU journal Water Resources Research, an interdisciplinary journal that focuses on hydrology and water resources.

The new study shows groundwater storage recovery has been dismal after the state’s last two droughts, with less than a third of groundwater recovered from the drought that spanned 2012 to 2016.

Under a best-case scenario where drought years are followed by consecutive wet years with above-average precipitation, the researchers found there is a high probability it would take six to eight years to fully recover overdrafted water, which occurs when more groundwater is pumped out than is supplied through all sources like precipitation, irrigation and runoff.

However, this best-case scenario where California has six to eight consecutive wet years is not likely because of the state’s increasingly hot and dry climate. Under a more likely, drier climate, there is less than a 20% chance of full overdraft recovery over a 20-year period following a drought.

The Central Valley produces about a quarter of the nation’s food and is home to around 6.5 million people. Using too much groundwater during and after droughts could soon push this natural resource beyond the point of recovery unless pumping restrictions are implemented. The study finds recovery times can be halved with modest caps on groundwater pumping in drought and post-drought years.

“This is really threatening,” said Sarfaraz Alam, a hydrologist at Stanford and lead study author. “There are many wells that people draw water from for drinking water. Since [groundwater is] always going down, at some point these wells will go dry and the people won’t have water.”

The researchers combined NASA satellite data, well level data, detailed groundwater models and calculations of water inflows versus outflows to create a reliable assessment of groundwater storage data. They then used those data to predict how long it would take groundwater to fully recharge after droughts in the region under different climate scenarios.

“It’s very hard to [measure] the volume of groundwater being pumped by humankind, and we really want to know that because we really want to know how much we’re depleting the groundwater,” said Donald Argus, a geophysicist who researches water resources at the NASA Jet Propulsion Laboratory who was not associated with the study. “If we start to understand how much water is replenished each year or each rainy season, then we get an idea of how much groundwater we’re pumping out, and whether we can sustain it or not.”

Despite the grave predictions of recovery time, researchers found that there is hope for increased water recovery when management practices are put into place. If California’s climate remains at historical levels, rather than worsening with climate change, groundwater extraction caps could significantly improve aquifer resistance to drought. Overdraft recovery times could be reduced by about two times if pumping restrictions are put in place during no-drought years and could be reduced by up to four times with pumping restrictions, according to the study.

However, these management practices can create complicated trade-offs for laborers in the region, according to Alam. The livelihoods of those for those who depend on the region’s agricultural industry is threatened when pumping for agricultural purposes is capped to prioritize drinking water. But finding a balance of water supply and demand will be necessary to continue to use the Central Valley’s aquifer resource.

“Drought comes, groundwater goes. It’s super fast,” Alam said. “The policymakers and decision makers need to ensure they are making the right decision to make sure groundwater use is well managed.”

AGU (www.agu.org) supports 130,000 enthusiasts to experts worldwide in Earth and space sciences. Through broad and inclusive partnerships, we advance discovery and solution science that accelerate knowledge and create solutions that are ethical, unbiased and respectful of communities and their values. Our programs include serving as a scholarly publisher, convening virtual and in-person events and providing career support. We live our values in everything we do, such as our net zero energy renovated building in Washington, D.C. and our Ethics and Equity Center, which fosters a diverse and inclusive geoscience community to ensure responsible conduct.