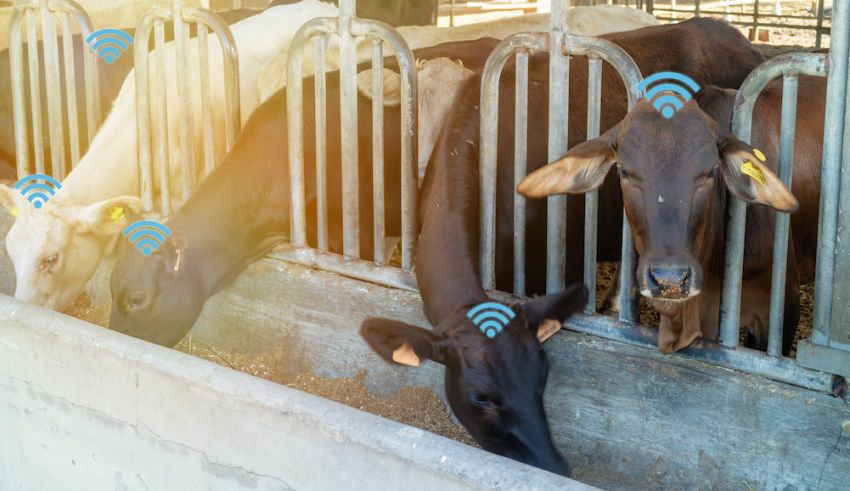 For a century, researchers have tracked genetic traits to find out which cattle produce more and better milk and meat. Now, two University of Florida scientists will use artificial intelligence to analyze millions of bits of genetic data to try to keep cattle cooler and thus, more productive.

Raluca Mateescu, a UF/IFAS professor, and Fernanda Rezende, a UF/IFAS assistant professor – both in animal sciences — gather hundreds of thousands of pieces of information about cattle genetic traits. They plan to use UF’s supercomputer, the HiPerGator, to analyze that data. With the information Mateescu and her team get from the HiPerGator, they can give ranchers better recommendations on which animals to keep and breed for improved quantity of beef and dairy.

“AI has rapidly emerged as a powerful approach in animal genomics and holds great promise to integrate big data from multiple biological layers, leading to accurate prediction of future traits – for example, meat yield,” Mateescu said. “My research group is investigating the use of AI methods to develop approaches to accurately predict the value of certain genes. Ultimately, we plan to provide more effective strategies to improve animal productivity.”

With 25.6 million head of cattle, dairy herds peaked in the United States in 1944. As of 2017, there were only 9 million, but they produce more milk. With fewer cattle producing more dairy and beef, the livestock industries are leaving a lower environmental footprint, such as methane emissions, Mateescu said.

While all that is good, Mateescu knows she and other researchers can help ranchers improve cattle beef and dairy output. That’s where AI comes into play.

“We know some of the specific genes for milk and meat production,” she said. “But we’re looking into a bit of a black box. AI will help us clear up the mystery faster and more accurately.”

Livestock traits of economic importance — milk and meat yield, meat quality — are factors of both genetics and the environment. Mateescu can only control a cow’s environment to a certain degree. But she and other scientists can improve cattle genetically. There are thousands of genes in the cattle genome, and each gene contains thousands of different genetic markers.

As an example of her team’s use of AI, Mateescu is processing genetic data from about 1,000 beef cattle. From that process, researchers have extracted data on 770,000 DNA genetic markers, more than 18,000 genes and 86 traits — on every animal. That’s way more data than any human can analyze and integrate.

That’s why Mateescu and Rezende are using HiPerGator, the largest university-based supercomputer in the world. HiPerGator then tells the scientists what particular combination of genetic markers and genes will result in better animals – in other words, which ones will be cooler and thus, more productive.

“AI allows us to use more information – the more information we have on an animal, the higher the accuracy of our prediction,” Mateescu said. “Given the complex genetic architecture, it is challenging for researchers to identify how these thousands of genetic markers and thousands of genes combine to produce the traits we see. AI can help researchers achieve that goal. We are just starting to use AI to address these problems.”

About AI at UF

The University of Florida is making artificial intelligence the centerpiece of a major, long-term initiative that combines world-class research infrastructure, cutting-edge research and a transformational approach to curriculum. UF is home the the most powerful, university-owned supercomputer in the nation, according to rankings just released by TOP500, contributing to innovative research and education opportunities. — By Brad Buck, University of Florida Institute of Food & Ag Sciences