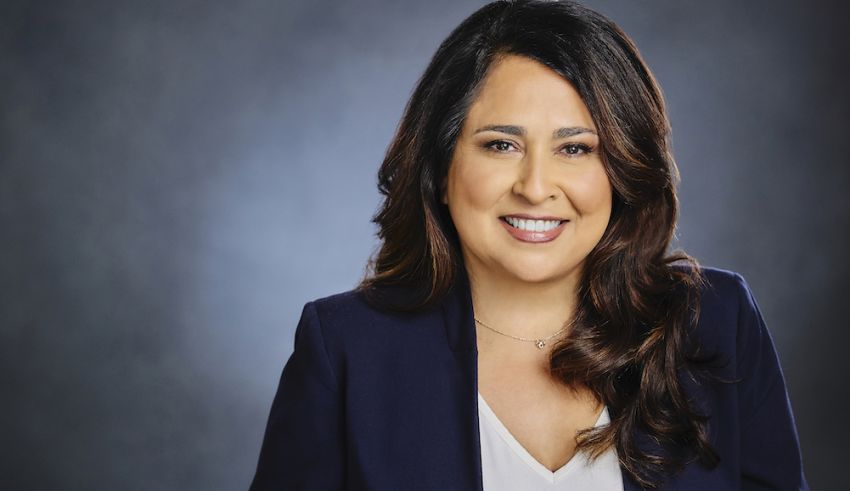 On September 13th, President Biden announced his intent to nominate several individuals to serve as key economic and trade representatives, including the Elaine Trevino to serve as Chief Agricultural Negotiator at the United States Trade Representative.

Elaine served as a Deputy Secretary at the California Department of Food and Agriculture for Governor Arnold Schwarzenegger and Governor Gray Davis. She was responsible for the oversight of the international export and trade programs, specialty crop block grant funding, division of marketing services, plant health and pest prevention and the statewide county fair network. Elaine serves on USDA’s Agricultural Policy Advisory Committee (APAC). Born and raised in the Central Valley of California, Elaine has a long history of community service and has a great respect for agriculture and the value of the industry to the overall economy. She received her undergraduate degree from the University of California Berkeley and attended the John F. Kennedy School of Government. Elaine and her family currently reside in Sacramento, California.

Almond Alliance Chairman Mike Curry shared, “We are thrilled to see Elaine nominated for this position and know that her experience with us at the Almond Alliance will carry over into her new role – working first for farmers and ranchers, their families and the workers and businesses in the rural communities where we live. Her new position is responsible for conducting and overseeing international negotiations related to trade of the nation’s agricultural products – all of them including California almonds. Elaine’s nomination requires U.S. Senate confirmation (which will take time) and be assured that the Board of Directors of the Almond Alliance will lead a smooth transition in partnership with Elaine to identify and hire her successor. While we’re transitioning, the Board, Elaine and the Almond Alliance team will not skip a beat in our advocacy work on behalf of California almonds, both on the state and federal levels. Although we will miss Elaine’s leadership and energy, we are excited for the almond industry, the Central Valley (where she grew up) and California agriculture to have such a passionate and committed person serving in the Chief Agricultural Negotiator role.”

Of Trevino, Matthew Malcolm, Editor of Pacific Nut Producer Magazine shared, “While faithfully serving the California almond industry in her role as President of the Almond Alliance of California, Elaine has also demonstrated time and time again her commitment to the greater agricultural community in her tireless efforts and involvement in addressing issues such as food supply chain disruptions, international trade disputes, securing funding for agricultural burn alternatives, and much more.  While she will be missed in her role at the Almond Alliance, we are thrilled with the opportunity she will have to represent the interests of farmers at such a critical time as this. We are confident that she will continue to do great things, as she has done for the almond industry.”

Richard Waycott, President & CEO of the Almond Board of California concurred, “We are thrilled to see Elaine nominated for this critical position, in recognition of the importance of California agriculture and the role of specialty crops like almonds.  We’ve worked closely with Elaine and the Almond Alliance over the years in addressing global trade issues, and look forward to supporting her in her new role as chief ag negotiator.”

Manuel Cunha President of the Nisei Farmers League added, “I believe Elaine will do a great job representing our agricultural industries. She knows the commodities and markets very well. She is bright and bold.  She understands the politics and knows how to communicate well with both farmers and legislators.”

Of the nomination, United States Trade Representative Katherine Tai shared, “Elaine Trevino understands the importance of America’s farmers and farming communities to the vitality of our economy. Her experience will help the Biden Administration craft durable trade policy that creates broad-based prosperity. Throughout her impressive career serving in leadership positions at the state and federal level, Elaine has developed strong relationships with key stakeholders and demonstrated a keen understanding of trade and agriculture policy. If confirmed as Chief Agriculture Negotiator, Elaine would be the first woman of color and the first Latina in this critical position that will help USTR advance President Biden’s vision to increase American competitiveness. I hope the U.S. Senate can quickly confirm her to fill this important role so she can get to work on behalf of the American people.”

Michael Dykes, D.V.M., president and CEO of the International Dairy Foods Association added, “Having had the pleasure of serving on the USDA Agricultural Policy Advisory Committee for Trade with Ms. Trevino in recent years, I’m confident she will position U.S. agriculture interests competitively, remain vigilant to protect U.S. businesses from myriad barriers to trade, and embrace diplomacy and relationship-building. As a resident Californian and former deputy secretary of the California Department of Food and Agriculture, Elaine Trevino is well aware of the importance of trade to California—the state exported $2 billion worth of dairy products in 2020— and to U.S. dairy. IDFA is eager to get to work with Ms. Trevino to continue the growth of our dairy exports and the global competitiveness of the dairy industry. We encourage the U.S. Senate to confirm her quickly.”

“The role of Chief Agricultural Negotiator is essential in pursuing positive trade policy results for U.S. dairy farmers and in expanding overseas markets for dairy products,” said Jim Mulhern, president and CEO of National Milk Producers Federation (NMPF). “NMPF is pleased that in choosing Ms. Trevino to nominate for this position, President Biden has selected someone with the right background and clear understanding of trade’s importance to American agriculture, both of which are vital to success in this position. I’ve been fortunate to serve on the president’s Agricultural Policy Advisory Committee with Ms. Trevino and hope to see swift confirmation of her nomination by the Senate so she can commence the work that’s so key for farmers across the country.”

“U.S. dairy farmers, exporters and manufacturers have been eagerly awaiting the nomination of a Chief Agricultural Negotiator given the sizable role that trade plays in providing a home for the equivalent of more than a day’s worth of U.S. milk production each week,” said Krysta Harden, president and CEO of US Dairy Export Council. “The world needs U.S. dairy and U.S. dairy needs the world. Our industry is eager for additional market opportunities to help us create more jobs here in America as we meet that demand with our high-quality, sustainably produced products. We urge the Senate to move swiftly to confirm Ms. Trevino and look forward to working closely with her to expand markets around the world.”

Doug Palmer in the Politico Pro shared, “Biden has been under pressure from farm-state senators to fill the position, which Congress created 20 years ago to elevate the importance of agricultural issues in U.S. trade negotiations. Depending on the year, anywhere from 18 percent to 40 percent of the income U.S. farmers earn is derived from goods transported to other countries… By selecting Trevino, Biden helps fulfill his goal of bringing diversity into his administration, while also giving a key position to someone from the largest U.S. agricultural exporting state.”

Palmer continued, “The Senate Finance Committee will schedule a hearing on Trevino’s nomination sometime after it has received her official paperwork from the White House. Her nomination is the last of six Senate-confirmed positions in the Office of the U.S. Trade Representative that Biden needs to fill. Of those, only U.S. Trade Representative Katherine Tai is already on the job.”