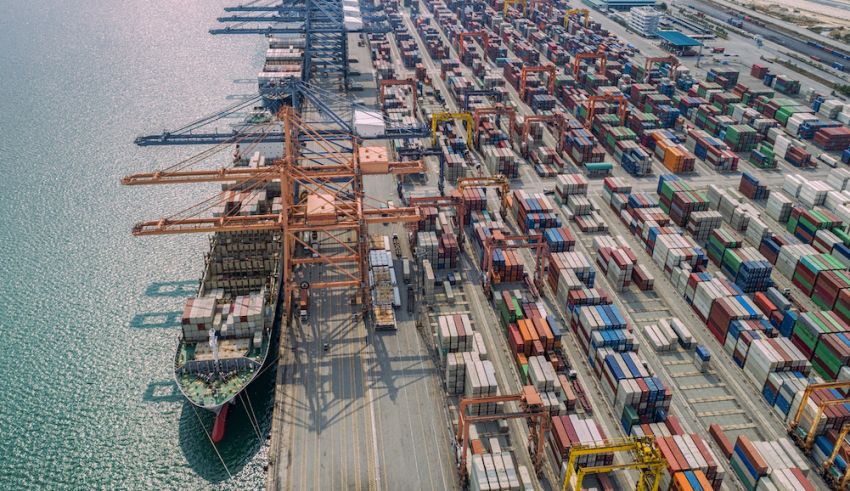 The National Milk Producers Federation (NMPF) and the U.S. Dairy Export Council (USDEC) joined several other organizations urging the Biden administration to take additional steps to alleviate the ongoing ports crisis in a letter sent today to the White House from a coalition of 77 agriculture and food associations.

Since early 2021, dairy and other agriculture exporters have been facing unprecedented challenges in securing shipping container space on ocean vessels while contending with an accumulation of exorbitant detention and demurrage fees. Foreign owned and operated ocean carriers have been driving this crisis by providing unpredictable and unreasonable timelines for exporters to load agricultural goods and by exacerbating pressure on supply chains by opting to return empty containers rather than allowing time for them to be loaded with Asian-bound goods for the vessel’s return journey. As a result, over 70% of containers are leaving West Coast ports empty, an all-time record.

Delays and an intentional lack of transparency and flexibility from ocean carriers have cost American dairy exporters over $300 million dollars through just the first half of the year, or 12% of total export value. In addition to this added cost, continued delays put at risk critical trading relationships with Asian importers as the U.S. increasingly risks becoming viewed as an unreliable supplier.

“We thank the Biden administration for the initial actions taken to address the extraordinary challenges dairy exporters are facing when exporting their products,” said Krysta Harden, USDEC president and CEO. “Unfortunately, the shipping crisis only continues to grow as container availability becomes scarcer with the ocean carriers’ increasing refusal to export American-made products. To further its goals of supporting the workers and companies producing Made-In-America products, we are urging the White House to take a more active role in ensuring that foreign carriers are not permitted to dictate U.S. export flows and put our established trading relationships in jeopardy. Right now, imports seem to be enjoying the equivalent of an eight-lane highway while our exports have been relegated to narrow country roads; that’s not right and we know that Congress and the Administration can take steps to create fairer trading practices.”

“Without question, ocean carriers are abusing a unique situation created by the pandemic and the lack of sufficient regulatory action to enforce reasonable shipping practices,” said Jim Mulhern, NMPF president and CEO. “We recognize that increased import demand has driven higher rates for shipping, but it does not warrant the cancellations, refusal to load U.S. dairy and agriculture products, and unreasonable detention and demurrage practices that ocean carriers have turned into an additional revenue stream. It is imperative that the Administration takes immediate steps to work with Congress and the FMC to limit these unfair practices and ensure our exporters can reach their customers around the world.”