Wednesday , 10 August 2022
Home News Ag Economics What Effects do Forest Fires have on the Storage of Carbon? 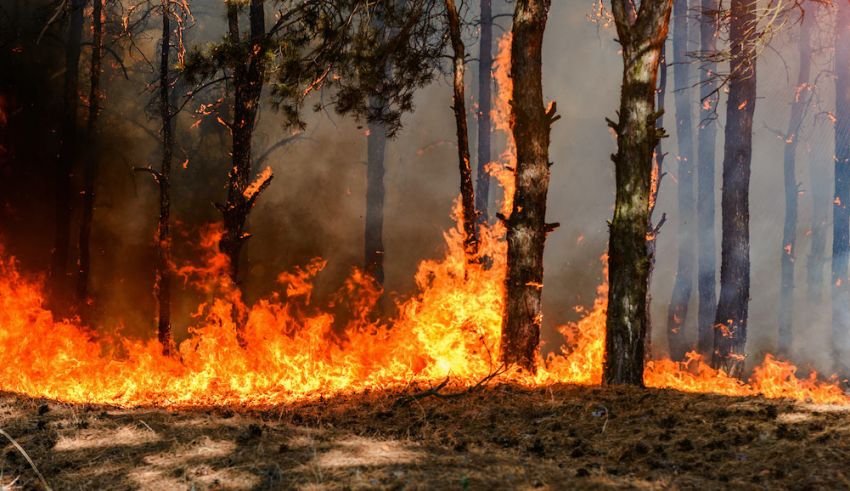 The other day I was enjoying a nice breakfast, when I saw a man sitting next to me with his bicycle. Of course, my wife started talking with him! It turns out that he is a professor from Columbia, NY who, as far as I could understood, teaches something related to climate change. I couldn’t help asking him, do we still have time to fix the global warming problem and mitigate climate change? His tone of voice changed and his gazed off and said, “Save yourself, there is nothing we can do about it.” Still, a week after that conversation I am thinking about his comment! I consider myself an optimist, but it worries me when I see what is happening with the fires on the West Coast, and recently the floods in Belgium, Germany, and other places.

According to the National Interagency Fire Center as of August 26, 88 large fires are burning in the US across 13 States. They have destroyed nearly 2.4 million acres of forest. We know that trees are our best friends, they can store and sequester carbon. We know that a healthy forest reduces carbon dioxide in the atmosphere, but what happens when a forest catches fire?

The answer is not very simple because the carbon cycle is very complicated, with many variables involve. When carbohydrates are burned, they oxidize, creating carbon dioxide (CO2). Photosynthesis on the other hand, removes CO2 from the atmosphere and simultaneously stores carbon in the form of wood. According to NOAA, a very big and hot wildfire could emit the same amount of CO2 as six large coal power plants in one year.

To better understand the role that a forest ecosystem has on the storage of carbon, a study was conducted by the NASA Institute on Climate and Planets. They studied what happens in unburned and burned sites in the Black Rock Forest, NY. The hypothesis for the study stated that the unburned site will significantly store more carbon than the burned site.

The results, as we expected, showed that more carbon was stored in the unburned plot than in the burned plot, which means that the fire diminishes the carbon that was originally store in the wood. On the other hand, some of the vegetation is not consumed by burning, instead it is transformed to charcoal which has the advantage that it resists degradation so it can store carbon in soils over long periods of time. As it was mentioned before, the carbon cycle is very complicated, and fire has other consequences like emissions from decomposing dead wood which can surpass the direct emissions from the fire itself. But at the same time, new growth in the burned areas starts once again to take CO2 from the atmosphere and store it. This topic is very complicated, but fortunately, it looks like the effects of wildfires on climate change are smaller than the effects of coal, oil, and gas. — By Henry Mayer, University of Florida, Institute of Food & Agricultural Sciences