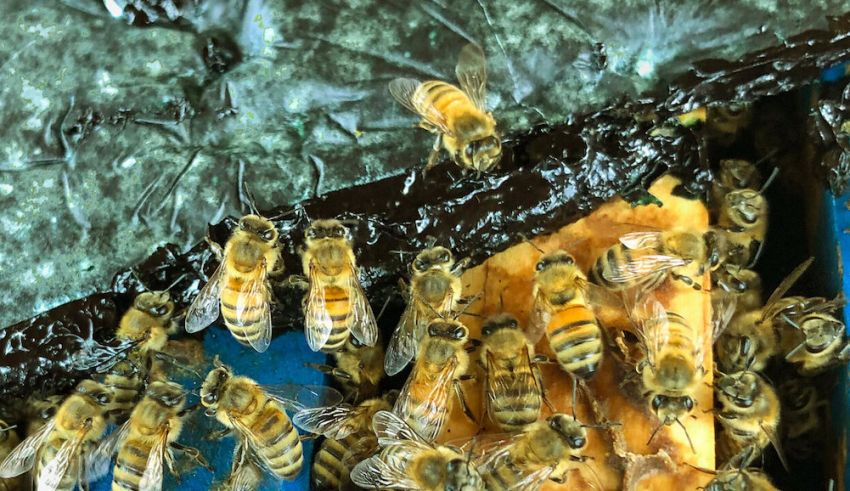 We love to eat the honey that honey bees produce, but what do honey bees eat?

The usual answer to this question is nectar and pollen. However, malnutrition in honey bees – a major reason why they’re growing more susceptible to pathogens, parasites, and pesticides – is a growing issue in the world of agriculture. This problem is exacerbated by habitat loss, climate change, decreases in flowering plant diversity, and the rise of crop monoculture, all of which have contributed to the loss of pollen sources that usually keep honey bees well-fed.

According to ARS researchers Vincent Ricigliano and Michael Simone-Finstrom, different species of microalgae possess nutritional profiles that parallel that of pollen, making the algae an ideal substitute. This is an especially important finding for commercial beekeepers, who rely heavily on pollen replacements to feed their bees on a large scale.

“Although there are currently several artificial pollen diets available, they don’t always contain adequate levels of essential macronutrients (such as lipids and proteins), micronutrients (vitamins and minerals), and antioxidants,” explained Ricigliano. “These artificial diets try to incorporate a variety of ingredients like soy, corn gluten, yeast, egg, or milk protein, but they often fail to provide the nutrition needed by honey bees to thrive. On the other hand, microalgae are extremely rich in helpful compounds like amino acids, which are crucial for protein synthesis, immune function, and overall colony growth.”

In their research, Ricigliano and Simone-Finstrom concluded that bees that consumed microalgae diets grew to larger sizes, had more healthy bacteria in their guts because of the algae’s prebiotic qualities, and were generally more vigorous than honey bees that consumed other pollen alternatives.

Ricigliano believes that there are many species of microalgae that have the potential to improve honey bee health in different climates and seasons.

These single-celled organisms are easy to grow on a large scale, requiring just sunlight, nutrients, and shallow bodies of water to produce highly nutritious food for bees. Furthermore, microalgae are even capable of thriving in places where other crops cannot be grown, said Ricigliano. Its ecological viability, affordability, nutritional benefits, and ability to act as a biofertilizer and biofuel has enabled microalgae to be a ‘wonder crop’ of the future. And its benefits as a healthy pollen alternative for honey bees has the whole world buzzing. – By Georgia Jiang, USDA-ARS Office of Communications