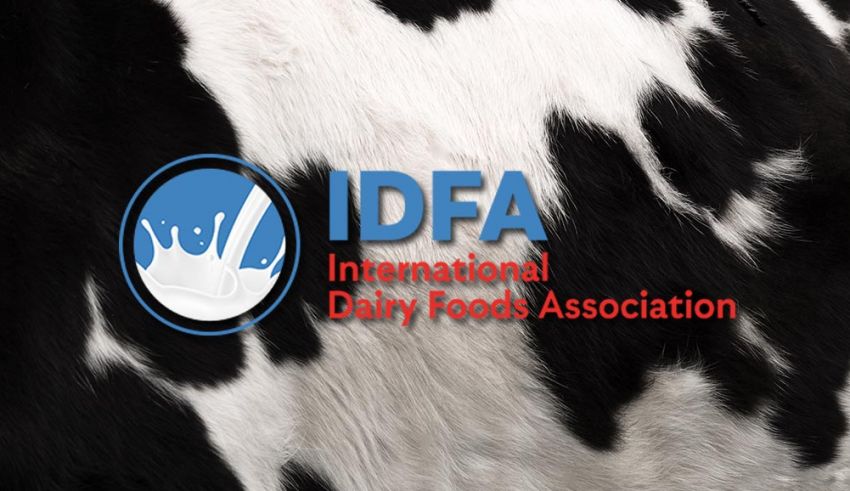 Dr. Joseph Scimeca, Senior Vice President of Regulatory and Scientific Affairs for the International Dairy Foods Association (IDFA), issued the following statement on IDFA’s formal objection to the U.S. Food and Drug Administration final rule to amend and modernize the standard of identity for yogurt:

“After 40 years of waiting since FDA first issued standards for yogurt, the FDA dropped a new final rule on the standard of identity for yogurt in late June, underscoring a lack of transparency in the FDA rulemaking process. Because the rulemaking process has been so severely delayed and because the agency has consulted very little with yogurt makers, the final rule is already out of date before it takes effect. For the most part, FDA relied on comments submitted 12 or more years ago to formulate its final rule—as if technology has not progressed or as if the yogurt making process itself has been trapped in amber like a prehistoric fossil.

“Although the International Dairy Foods Association (IDFA), which represents the nation’s yogurt makers, has been offering feedback or assistance to the FDA since it released its initial proposed rule in 2009, the agency has largely ignored our comments and suggested revisions to ensure a modernized standard. The result is a yogurt standard that is woefully behind the times and doesn’t match the reality of today’s food processing environment or the expectations of consumers. Unfortunately, IDFA has been left with no reasonable options except filing a formal objection to this final rule and imploring the agency to revisit the final rule to amend and truly modernize the standard of identity for yogurt.”

Background on Rulemaking for Standard of Identity for Yogurt

In June, FDA announced the issuance of the long-awaited final rule to amend and modernize the standard of identity for yogurt. Updates to the yogurt standard of identity have been pending at the FDA since 1982 when FDA stayed several major provisions of its 1981 final rule first establishing standards for yogurt. These stays were in response to objections filed at the time also by the industry. Dairy foods makers then began petitioning FDA to update the standard in 2000—more than 20 years ago. Finalization of this rule has been a priority for the IDFA for many years. While there has been very little outreach by FDA over these 20 years, IDFA has submitted comments, offered revisions and technical assistance, and made our dairy foods experts available. IDFA has continued to request updates on the status of the rule and stressed the importance of modernizing and finalizing the standard in a timely way.

FDA says that publishing this final rule is a part of the FDA’s Nutrition Innovation Strategy, one of the goals of which is to modernize food standards to maintain the basic nature and nutritional integrity of products while allowing food makers more flexibility for innovation. The final rule hits the mark in some areas and misses badly in others. For example, the final rule consolidates three separate standards—for yogurt, lowfat yogurt and nonfat yogurt—into one standard of identity for yogurt, allowing food makers to nutritionally modify traditional standardized yogurt and then to communicate those modifications to consumers via label descriptions, product names and appropriate claims, such as “lowfat yogurt”. This seems reasonable. However, the final rule also expands the allowable ingredients in yogurt in some instances and adds confusing restrictions in others. FDA accepted industry suggestions and establishes a minimum amount of live and active cultures for yogurt containers to bear the labeling statement “contains live and active cultures” or a similar statement. The final rule also allows manufacturers to fortify yogurts, such as by adding vitamins A and D, provided they meet minimum fortification requirements, which also aligns with IDFA’s requests; however, the minimum fortification requirements are two to three times higher than standards for most dairy products and conflict with FDA’s own vitamin D regulations.

There is a wide range of yogurts of different flavors, protein levels, sugar and sweetener content, and milkfat content on grocery store shelves today, underscoring the variety that consumers want. IDFA and its members have long advocated for having a standard that reflects what consumers are eating today and flexible enough to allow for reasonable innovation tomorrow.

IDFA made several attempts to convey and explain recommended revisions to a 2009 proposed rule, but several of these, which would have aligned with current industry practices and allowed room for innovation, were not included in this revised standard.

To protect the products in the marketplace that consumers want and recognize as yogurt, IDFA has submitted a formal objection to specific provisions of FDA’s final rule, including the following:

Additionally, regarding FDA’s general rulemaking process used to develop this new standard for yogurt, IDFA has the following strong concerns:

The International Dairy Foods Association (IDFA), Washington, D.C., represents the nation’s dairy manufacturing and marketing industry, which supports more than 3.3 million jobs that generate $41.6 billion in direct wages and $753 billion in overall economic impact. IDFA’s diverse membership ranges from multinational organizations to single-plant companies, from dairy companies and cooperatives to food retailers and suppliers, all on the cutting edge of innovation and sustainable business practices. Together, they represent 90 percent of the milk, cheese, ice cream, yogurt and cultured products, and dairy ingredients produced and marketed in the United States and sold throughout the world. Delicious, safe and nutritious, dairy foods offer unparalleled health and consumer benefits to people of all ages.