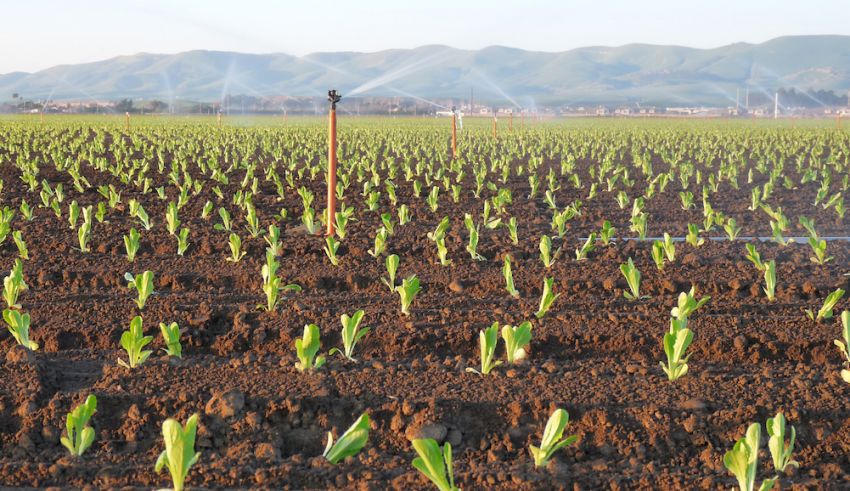 It is no secret that the American West is in the midst of an alarming water shortage. Data from April shows that almost 80% of the West is in at least moderate drought, while 61% is in severe drought, 42% is in extreme drought and 21% is in exceptional drought.

This dry spell has created water stress for farmers across the region, and water stress in most cases translates to financial stress. But analyzing that financial risk is tricky given the amount of data involved and how that data is often difficult to analyze and fragmented.

Using this data, Alex Parillo, head of sales at AQUAOSO, and Cameron Buford, co-founder and product manager at AQUAOSO, recently gave a presentation on water security trends titled, “The Impact of Water Regulation on Ag Lending,” using California as a case study. Data from the Drought Mitigation Center shows that almost the entire state of California is experiencing dry conditions, with 94% of the state under at least moderate drought. In addition, 77% of the state is in severe drought, while 37% of the state is in extreme drought.

About 2 million acres — roughly a quarter — of California’s irrigated farmland is receiving only 5% of its water supply.

In the coming years, 780,000 acres of farmland in the San Joaquin Valley are expected to come out of production, and it is likely that water once used for vegetable production will be reserved for higher-value crops such as wine grapes and nuts. Fortunately, vegetable crops, which are planted and harvested annually, are easier to take out of production than tree crops, and therefore easier to manage water requirements.

While water stress at its most simple can be interpreted as demand outstripping supply, a number of human factors such as population growth and water management must be taken into account when determining actual water stress in a specific region.

“It looks at all these factors in a local context to really understand what is happening on the ground,” Parillo said.

In California for instance, one of the most significant human factors is the Sustainable Groundwater Management Act (SGMA). Because California depends on groundwater for a significant portion of its annual water supply, 41% on average and up to 58% in drought years, SGMA was enacted in order to halt overdraft and bring groundwater basins into balanced levels of pumping and recharge to provide a buffer against drought and climate change.

SGMA requires local agencies to adopt sustainability plans for high- and medium-priority groundwater basins, and under SGMA basins must reach sustainability within 20 years.

“Talking about water in California, everything revolves around SGMA,” Buford said.

Out of the more than 500 basins in California, 94 have been designated medium- or high-priority water basins. But while those basins account for less than 20% of the total basins in the state, they account for 98% of groundwater pumping, 83% of the state’s population and 88% of all irrigated areas.

“A vast amount of our reliance on groundwater is coming from high groundwater-risk areas,” Buford said.

Supply augmentation entails basins bringing in water from other sources, but with limited surface water, at some point, it becomes unsustainable for every basin to plan on making up their deficit through outside sources without reducing pumping.

“Where is this water going to come from?” Buford said.

As a result, lenders cannot simply look at whether or not a property has access to two sources of water anymore to assess water risk. Groundwater limitations and other factors related to policy must now also be accounted for.

“The risk that we’re seeing on the water side is rapidly changing, more than ever before,” Buford said.

In addition to assessing water access and its impact on property valuation, the impact of water restrictions could lead to further financial hardships for farms that are forced to fallow lands because of their limited water allotment.

The Public Policy Institute of California estimated that without flexibility to trade water or adapt crop choices and without new supply, the Central Valley alone would have to fallow 780,000 acres, with an estimated revenue loss of about $3.3 billion per year.

“If you think about the collateral that you have supporting your loans, if that collateral was once productive farmlands or even permanent plantings, and that gets converted into fallowed lands, the value of that land goes down sharply,” Buford said.

AQUAOSO found that open land on the east side of California’s Central Valley can sell for twice the amount as land on the west side of the valley, even with similar soils.

There has been a trend of permanent planting acreage replacing vegetable acreage, and with water regulations in 2021, this year will be no different.

Although the presentation used California as an example, water security is something agricultural investors throughout the West are prioritizing when assessing a property’s value.

“While we have thought about this as maybe, ‘This is only a California problem,’ no, this is something we are seeing through the West,” Buford said. – Article by AQUAOSO Technologies