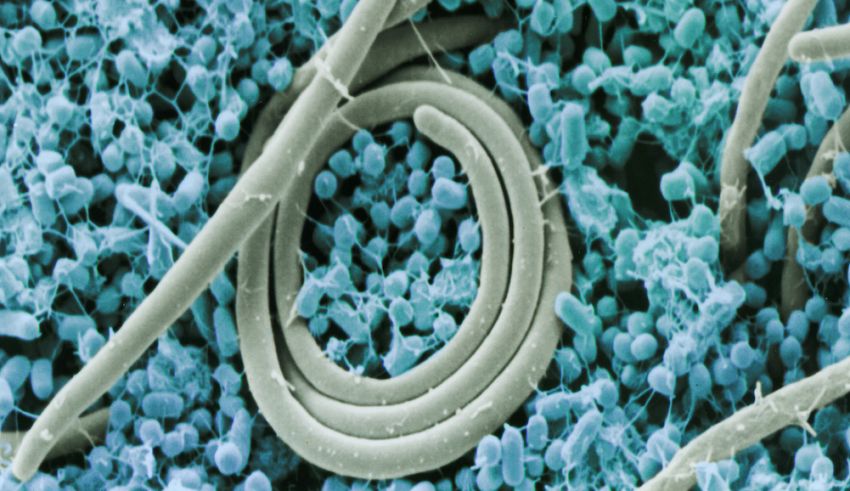 Disease-causing bacteria like Escherichia coli O157:H7 and Salmonella enterica could survive sanitization in beef processing facilities. Scientists and collaborators in the United States Department of Agriculture’s (USDA), Agricultural Research Center (ARS) are investigating how this happens while also seeking approaches to solve the problem.

E. coli O157:H7 (a Shiga toxin-producing E. coli) and S. enterica are two disease-causing bacteria (pathogens) associated with foodborne illnesses in the United States. Because these pathogens can make people sick through contaminated food, scientists are researching effective and economical ways to lower risks of cross-contamination at food processing facilities.

In a study, scientists explained the survival behavior of E. coli O157:H7 after exposure to unfavorable conditions such as those created by routine sanitation procedures, and how it varies within beef processing facilities that are following similar sanitizing protocols. “Under certain conditions, pathogens like E. coli O157:H7 and S. enterica would enter into a dormant or “hibernation” stage, forming a thin film that allows it to better survive on hard surfaces such as concrete or steel.  This is called a bacterial biofilm, and it cannot be seen with the naked eye,” explained Dr. Rong Wang, Research Microbiologist with U.S. Meat Animal Research Center in Clay Center, NE.

A major concern is that biofilms allow harmful bacteria to better survive on hard surfaces at the facility, potentially contaminating food, and making consumers sick. Interestingly, studies show that these pathogens do not survive on their own! After comparing samples from different facilities that follow similar cleaning measures but experiencing different levels of pathogens, scientists learned that multiple species of bacteria found in the processing plant environment of each location could either enhance or reduce a pathogen’s chance of surviving sanitizing procedures. They do this by forming a biofilm community (mixed biofilm structure).

“We look at the unique communities of environmental bacteria that collaborate or compete with pathogens at each location. The collaboration may lead to high pathogen prevalence at certain locations, but strong competition may inhibit pathogen survival at other places.  Since many of these environmental bacteria are not harmful to humans or animals, if we can identify the specific species that inhibit pathogen biofilm formation, we can use them as probiotics (preventive measures) against disease-causing bacteria.”

Meanwhile, a couple of studies published in the Journal of Food Protection from this research group show that multi-component sanitizers, a novel multifaceted approach using combinations of various sanitizing reagents and treatments could inactivate biofilms formed by E. coli O157:H7 and S. enterica more effectively, reducing the chances of the pathogen surviving cleaning practices at beef processing facilities.

More research is needed to understand the interaction of multiple species of bacteria present in different processing plant environments and how they vary from one facility to another—reflecting different locations, temperatures, and other factors. Can we develop a more environmentally friendly and cost-effective approach against pathogens in food processing facilities?

“We understand how crucial it is for the food industry to have measures that will effectively prevent the formation of these biofilms and reduce the risk of food contamination and protecting public health,” said Wang.