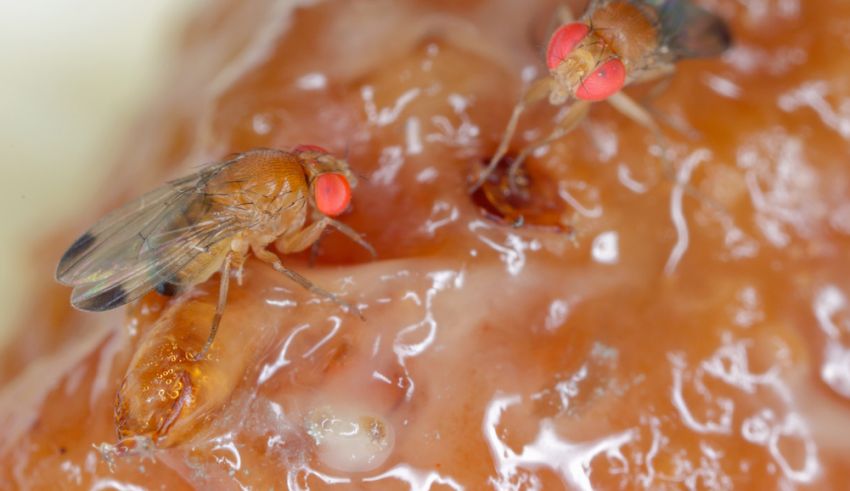 Scientists from the Agricultural Research Service (ARS) are working to understand how something can be equally effective as both a government-approved food additive and as a pesticide.

Methyl benzoate is a naturally occurring compound produced by plants. The U.S. Food and Drug Administration long ago approved methyl benzoate for human use; its fruity and floral aroma makes it a staple in perfumes and cosmetics and as a food additive. Nature employs it to attract pollinators.

While many insects find methyl benzoate appealing, Aijun Zhang, research chemist at the ARS Invasive Insect Biocontrol and Behavior Laboratory in Beltsville, MD, is investigating why some insects and non-insect pests find it revolting.

Zhang’s research has focused on methyl benzoate’s utility as a pesticide for human protection and crop protection. So far, Zhang has documented that the compound will kill or repel many insects in various stages of development, including mosquitoes, bed bugs, fire ants, ticks, flies, moths, and the brown marmorated stink bug. Perhaps most important, however, is its ability to repel and kill the spotted wing drosophila fly (SWD). “SWD is the most significant invasive insect pest of soft-skinned fruit crops in the USA,” Zhang said.

Since SWD was first detected in California a little over a decade ago, the fly has become a key pest in blueberries, blackberries, raspberries, strawberries, and cherries. These crops have a combined annual value of over $5.8 billion, and farmers lose about $718 million annually to SWD damage.

Because methyl benzoate is an environmentally friendly, bio-based compound, Zhang thinks it has great potential to be used by people for human protection as an alternative to synthetic pesticides. It also costs much less than synthetic pesticide treatments.

According to Zhang, methyl benzoate shares the same “chemical skeleton” as DEET, the gold standard in arthropod repellency, a detail that is leading future research efforts.

“Understanding the structure-activity relationship will allow researchers to modify the chemical structure of the methyl benzoate molecule to develop pesticides that are more efficient at controlling arthropod pests,” he said. — By Scott Elliott, USDA-ARS Office of Communications.