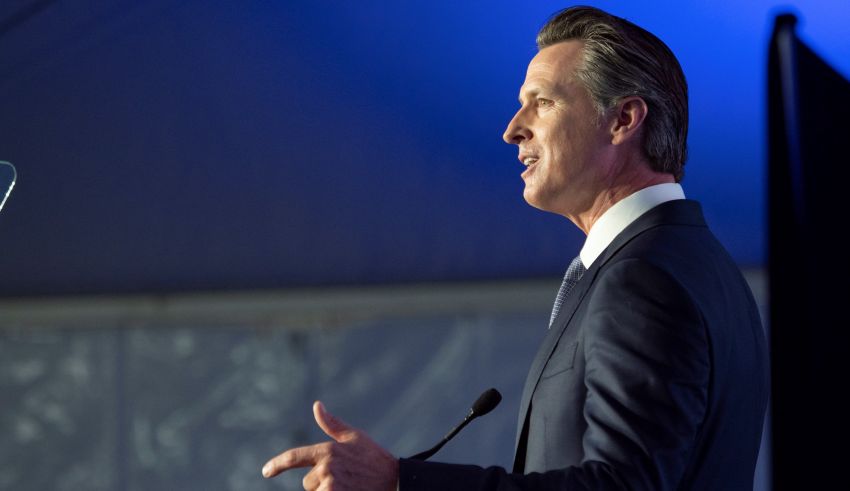 Governor Gavin Newsom significantly expanded his April 21 drought emergency proclamation yesterday to include the Klamath River, the Sacramento-San Joaquin Delta, and Tulare Lake Watershed counties, where accelerated action is needed to protect public health, safety and the environment. In total, 41 counties are now under a drought state of emergency, representing 30 percent of the state’s population.

“With the reality of climate change abundantly clear in California, we’re taking urgent action to address acute water supply shortfalls in northern and central California while also building our water resilience to safeguard communities in the decades ahead,” said Governor Newsom. “We’re working with local officials and other partners to protect public health and safety and the environment, and call on all Californians to help meet this challenge by stepping up their efforts to save water.”

In April, Governor Newsom signed an emergency proclamation directing state agencies to take immediate action to bolster drought resilience across the state and declaring a State of Emergency in Mendocino and Sonoma counties due to severe drought conditions in the Russian River Watershed. Today, the Governor took action to ensure an expedited response to address acute drought impacts in Klamath River, Sacramento-San Joaquin Delta and Tulare Lake Watershed counties.

Extraordinarily warm temperatures in April and early May separate this critically dry year from all others on California record. California experienced an accelerated rate of snow melt in the Sacramento, Feather and American River watersheds, which feed the major reservoirs of the state and federal water projects. This was exacerbated when much of the snowpack, sitting on very dry ground, seeped into the earth rather than flowing into our rivers and streams and into these reservoirs. Warming temperatures also prompted water diverters below the dams to withdraw their water much earlier and in greater volumes than typical even in other recent critically dry years. These factors reduced expected water supplies by more than 500,000 acre feet, enough to supply up to one million households with water for a year. The drastic reduction in water supplies means these reservoirs are extremely low for water users, including farmers, and fish and wildlife in the counties the drought proclamation covers.

The Governor’s proclamation directs the State Water Board to consider modifying requirements for reservoir releases and diversion limitations to conserve water upstream later in the year to maintain water supply, improve water quality and protect cold water pools for salmon and steelhead. The state of emergency also enables flexibilities in regulatory requirements and procurement processes to mitigate drought impacts and directs state water officials to expedite the review and processing of voluntary transfers of water from one water right holder to another, enabling available water to flow where it is needed most.

The text of yesterday’s emergency proclamation can be found here.

In response to Governor Gavin Newsom’s expansion of the emergency drought, Western Growers President & CEO Dave Puglia shared the following, “Governor Newsom took a measured step in the right direction, but caution is needed in implementation of this proclamation. The declaration provides regulatory flexibility for water transfers to mitigate water shortages, and parallel executive action allocates $200 million to repair some damaged sections of key water delivery systems as proposed by Senator Hurtado’s Senate Bill 559. However, the emergency authority granted to the State Water Board to curtail water deliveries should give all water users pause. Water curtailments disproportionately impact rural and disadvantaged communities. During the last drought from 2014-2016, regulatory restrictions on water deliveries resulted in the fallowing of half a million acres of productive San Joaquin Valley farmland and cost farms nearly $4 billion in economic activity. With many South-of-Delta farmers slated to receive between zero and five percent of their water allocations, 2021 is shaping up to be another catastrophic year for rural farming communities in the Valley. In implementing the Governor’s proclamation, we urge state water officials to lead with voluntary transfers and curtailments, giving our smart and capable public and private water agencies the space they need to maximize limited water supplies and achieve balance between the environmental and economic needs of the state. Beyond the immediate crisis, state agencies must help mitigate the impacts of changing hydrology by removing the red tape that has long prevented meaningful investments in water storage infrastructure.”

The California Fresh Fruit Association (CFFA) commended the drought proclamation, announcing the addition of 39 California counties to be included as part of the April 21st emergency drought proclamation. CFFA President Ian LeMay stated, “The Sierra Nevada snowpack is at the second worst levels since 2002 and today’s announcement is a step in the right direction to provide relief to California’s agricultural and rural communities. The state is the top producing agricultural region in the world, but it cannot continue to survive without a reliable water resource.”

LeMay continued, “While drought is not an unfamiliar foe to Californians, it should be acknowledged that this will be the first drought in the era of the Sustainable Groundwater Management Act (SGMA), with the circumstances intensified and the solutions more complex. It is the hope of the Association that today’s announcement is a step to address California’s short and long-term water resiliency. CFFA looks forward to working on behalf of its membership to engage with state and federal officials to address California’s water needs.”

On the announcement, Westlands Water District general manager, Tom Birmingham, shared, “The realities of a changing climate mean California must prepare for longer, hotter droughts that can only be effectively mitigated through collaborative approaches that focuses equally on our state’s economic and environmental sustainability. We applaud Governor Newsom’s action to mitigate the impacts of a second year of drought in the Central Valley, which has already manifested itself in fallowed fields and lost jobs due to lack of water. In particular, his move to streamline water transfers and provide $200 million in funding for critical water infrastructure repairs as outlined in Senator Hurtado’s Senate Bill 559 will both help local communities manage drought impacts in the short term and improve drought resiliency by maximizing the beneficial use of every drop of water in the long term. Westlands appreciates the leadership of both Governor Newsom and Senator Hurtado in championing these critical water infrastructure repair investments, and we look forward to continuing to work with local, state and federal leaders to develop collaborative, holistic solutions to more effectively address the impacts of drought on our most vulnerable communities.”

From the San Luis & Delta-Mendota Water Authority, Executive Director Federico Barajas stated, “The all of government approach announced by the Governor is a positive step to responding to the evolving drought conditions facing California. The historic drought conditions have negatively impacted nearly 1.2 million acres of farmland, over 2 million people, many of whom live in economically disadvantaged communities, and 200,000 acres of critical habitat and managed wetlands are reliant on the water provided by members of the San Luis & Delta-Mendota Water Authority. We applaud the Governor for the actions taken today to streamline water transfers, which improve water supply in the near term, and for proposing a $200 million up-front investment to restore critical conveyance facilities like the Delta-Mendota Canal, which improves long-term climate resilience.”

The Governor’s executive action last month directed state agencies to partner with local water suppliers to promote conservation through the Save Our Water campaign, a critical resources for Californians during the 2012-2016 drought. Some municipalities have already adopted mandatory local water-saving requirements, and many more have called for voluntary water use reductions.

“It’s time for Californians to pull together once again to save water,” said California Natural Resources Agency Secretary Wade Crowfoot. “All of us need to find every opportunity to save water where we can: limit outdoor watering, take shorter showers, turn off the water while brushing your teeth or washing dishes. Homeowners, municipalities, and water diverters can help by addressing leaks and other types of water loss, which can account for over 30 percent of water use in some areas.”

Actions by the Administration to address drought to date include: