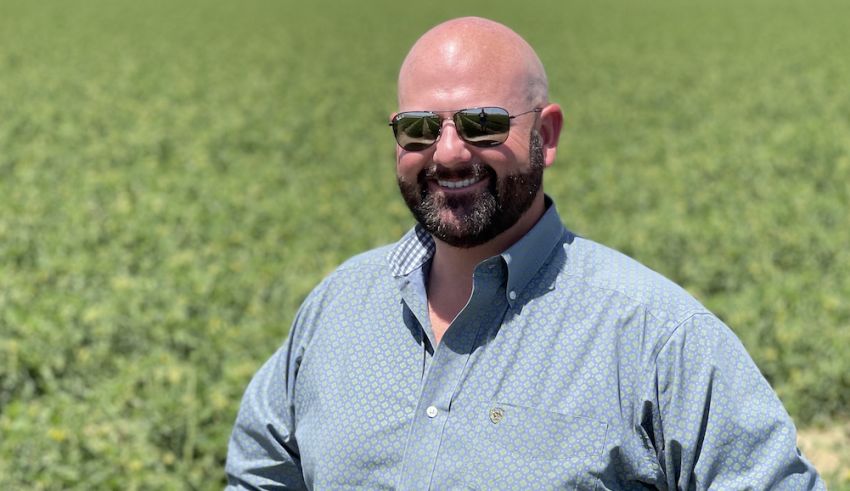 The Westlands Water District Board of Directors recently elected Ryan Ferguson to serve as president of the District. Ferguson succeeds Daniel Errotabere, who will continue to serve on the Board.

Director Ferguson was elected to the Westlands Board of Directors in 2017. His family has lived and worked on the westside, in what is now Westlands Water District, for four generations. He has farmed in the Lemoore area since 2003, growing almonds, pistachios, tomatoes, and reproduction seed cotton on their family farm. He currently serves as chair of the Finance and Administration Committee and represents Westlands on the board of the Association of California Water Agencies (ACWA) and as an alternate on the San Luis & Delta-Mendota Water Authority (SLDMWA) board.

“As a second-generation family farmer in Lemoore and Huron, I understand firsthand the challenges farmers in Westlands face as a result of the current drought, uncertainty about water supply, and the implementation of the Sustainable Groundwater Management Act. I recognize the complexity and weight of the issues the Board will navigate in the coming months and years, and I am committed to building upon the legacy of collaboration and service Dan Errotabere and those who came before him, have established,” said Ferguson. “Dan has served the westside for decades in a wide range of roles and made innumerable contributions to the District and the community at large. I know I speak for the entire Board when I say we are extraordinarily grateful for his leadership and his continued dedication to the families, farms and communities served by Westlands. The District is better off due to Dan’s leadership.”

“It has been an honor to serve as President of Westlands, and I look forward to continuing to work with my fellow Board members, the District staff, and those served by the District,” said Errotabere. “Ryan Ferguson is a thoughtful, engaged leader with deep insight into the challenges the District faces, and I know he will lead the Board with great vision and integrity. Westlands faces many water supply challenges and grower can be fully confident your current board is focusing on securing water supply to keep agriculture sustainable in the region.”

Director Errotabere was elected to the Westlands Board of Directors in 1993 and was most recently re-elected in 2017. He and his family currently farm in the Five Points area, growing processing tomatoes, processing garlic, processing onions, garbanzo beans, and almonds.

Westlands Water District is recognized as a world leader in agricultural water conservation and has served the farmers and rural communities on the west side of Fresno and Kings counties for more than five decades. As stewards of one of California’s most precious natural resources, Westlands continually invests in conservation, and champions farmers deploying innovative irrigation methods based on the best available technology.