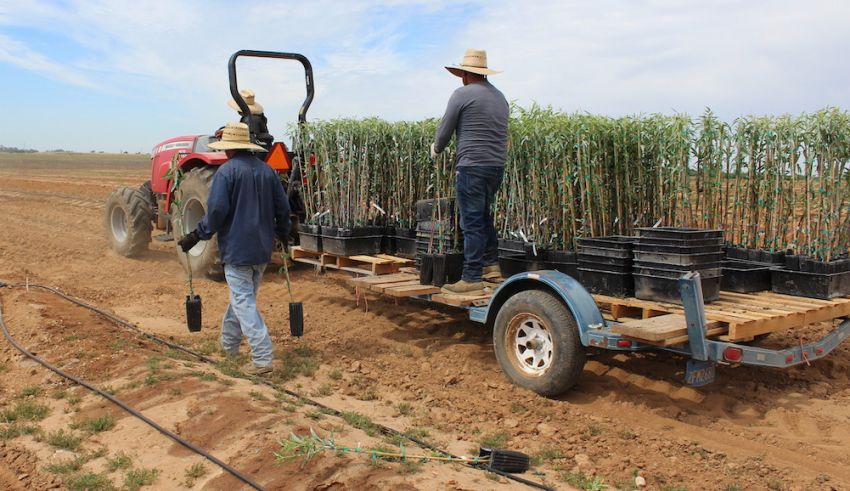 USDA-NASS reports a continued increase in California’s almond acreage in 2020. Bearing acres, or orchards that have matured enough to produce a crop, are estimated at 1.25 million acres, up 5.9 percent from 2019. Total almond acreage, including non-bearing trees, is estimated at 1.6 million, up 5.3 percent from the previous year.  Nonpareil continued to be the leading variety, followed by Monterey, Butte, Carmel, and Padre.

Land IQ’s initial estimate for total bearing acreage in 2021 – which reflects standing acreage that will be productive during the 2021/2022 harvest – is 1,323,722 acres.  This estimate takes into account both young orchards coming into production and orchards removed or estimated to be removed.

“California almond bearing and non-bearing acreage continues to increase indicating almond production will also rise in coming years. Demand has consistently been very strong during this crop year with global shipments YTD (August 2020 – March 2021) up 17.7%, as production crossed the 3 billion pound threshold for the first time,” said Richard Waycott, president and CEO of the Almond Board.

All export regions of the world have reported strong numbers, with shipments to China/Hong Kong up 59% year to date (YTD), South Korea up 45% YTD, India up 51% YTD, and Western Europe up 12% YTD, as compared to a year ago.

USDA-NASS’s acreage report is the first of three annual reports, including the Subjective Estimate released in May and Objective Report in July. These reports are commissioned by the Almond Board to provide statistical transparency to industry stakeholders around the world.

Each USDA-NASS California Almond Acreage Report includes estimates on bearing, non-bearing and total acreage, in addition to data organized by variety, year planted and county. A major source of data for this survey is almond growers’ voluntary responses to mailed questionnaires distributed by USDA-NASS, with consecutive telephone and field follow-up. To arrive at the estimated almond acreage, USDA-NASS compares its almond acreage database with the 2017 Census of Agriculture, pesticide application data maintained by County Agricultural Commissioners and the California Department of Pesticide Regulation, in addition to data collected on the 2020 Almond Nursery Sales Report, which this year USDA-NASS released in conjunction with the California Almond Acreage Report, and Land IQ assessment.

In 2018, ABC first commissioned Land IQ, a Sacramento-based agricultural and environmental scientific research and consulting firm, to develop a comprehensive, living map of California almonds. The map is the result of nearly a decade of research, and because Land IQ’s approach does not rely on surveys or extrapolation, it has an accuracy of 98% or greater. Beginning in 2019, ABC began a mapping process with Land IQ in which two acreage estimates will be released annually: the initial estimate of bearing acreage in the spring and the final estimate, with both bearing and non-bearing acreage for the same production year, delivered in the fall. In addition to the acreage estimates, Land IQ will annually produce an estimate of removed acreage.

Starting in 2020, Land IQ annually provided its initial estimate to USDA-NASS to fine-tune the official California Almond Acreage Report and other forecasts. The USDA-NASS reports and estimates remain the official Almond Board statistics provided for the California almond industry.

On Wednesday, May 12, 2021, USDA-NASS will release the 2021 Subjective Estimate, which provides an initial forecast of the upcoming crop. Data within the Subjective Estimate is based on opinions obtained from almond growers in a survey sent by USDA-NASS. Almond growers will soon receive the USDA-NASS survey and are encouraged to participate. On Monday, July 12, 2021, USDA-NASS will release the 2021 Objective Report. This report collects data later in the growing season, closer to harvest, and is based on an actual count of nuts on the trees. — Almond Board of California 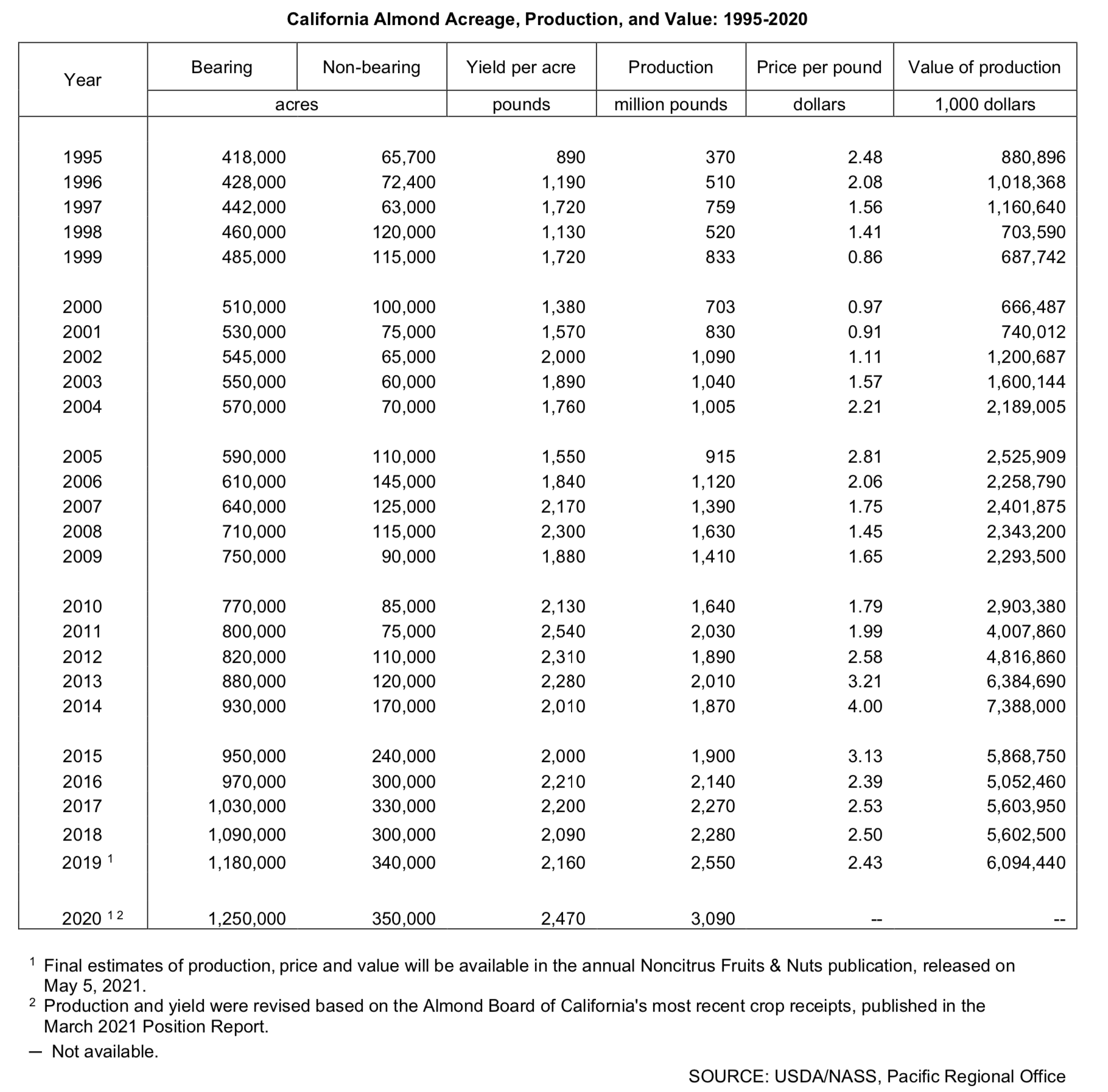