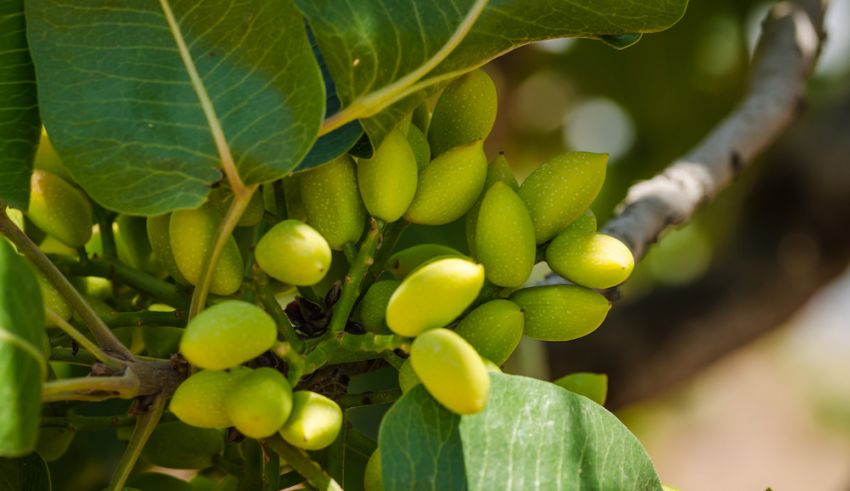 American Pistachio Growers — As California pistachio growers and processors shell out money to grow protein-packed nuts, they generate a whirlwind of economic activity throughout the Golden State. That’s the conclusion of economic impact studies commissioned by American Pistachio Growers (APG) and conducted by The Tootelian Company to quantify how spending by growers and processors sparks business activity, grows jobs and labor income, and contributes indirect business taxes.

In California, the dominant force in U.S. pistachio production with 98 percent of the nation’s supply and more than 485,000 planted acres in 2020, the data show a significant and growing impact that ripples through the economy of the Golden State.

“When a grower spends money, that creates new business for other organizations, which means jobs and labor income, and it also creates business taxes,” said Dennis H. Tootelian, who conducted the study. California growers and processors spent more than $2.8 billion in 2020, averaging more than $7.7 million a day. In terms of total economic impact, the best measure of economic activity, the data show the state’s growers and processors created $5.2 billion in economic output, the equivalent of more than $10,000 every minute in 2020.

Tootelian found that nearly $2.5 billion in labor income was generated by California growers and processors in 2020. “These dollars are diffused throughout the state’s economy as workers spend their income on an array of goods and services,” he added.

A significant factor driving economic impact in California since his last study in 2016 has been grower investment in new pistachio plantings. From 2016 to 2020, Tootelian noted that growers

added 173,540 acres of pistachios, an increase of 56 percent. This surge in acreage, alone, resulted in nearly $1.9 billion in economic impact to California.

“The real wow factor in this whole thing is the huge jump in acreage in the last four years.

Growers’ investment in new acreage equated to more than $5.1 million per day and $10,777 per acre,” Tootelian said. “This meant more than 16,800 jobs, nearly $883.7 million in additional labor income, and nearly $68.4 million in added indirect business taxes.”

The data calculated the total indirect business taxes from California growers and processors at $191.9 million in 2020, or the equivalent of $525,000 per day.

“The impact of the economic output of the pistachio industry in California is huge in the agriculture sector, but it also permeates nearly every other sector in the state — from real estate, construction, insurance, professional services and retailing,” said Tootelian.

The data for Arizona’s pistachio growers and processors show total expenditures of $49.1 million in 2020, total economic impact of $91.8 million, the creation of 915 jobs and $39.6 million in labor income, and $3 million in indirect business taxes. Total pistachio acreage in Arizona is about 9,500 acres.

“Our members are rightly proud of the role they play in boosting economies across their respective states,” said APG President Richard Matoian. “While this study showed 485,000 acres of pistachios throughout California in 2020, new data shows the growth continues with 523,000 acres already in 2021.”

The 2020 study by Tootelian, Ph.D., Emeritus Professor of Marketing at CSU-Sacramento, is a follow-up to a similar study conducted for APG in 2016. His analyses were conducted for net total expenditures by growers and the net variable expenses of processors. He completed economic impact studies using 2020 data for California, Arizona and New Mexico, the three states that comprise U.S. commercial pistachio production. 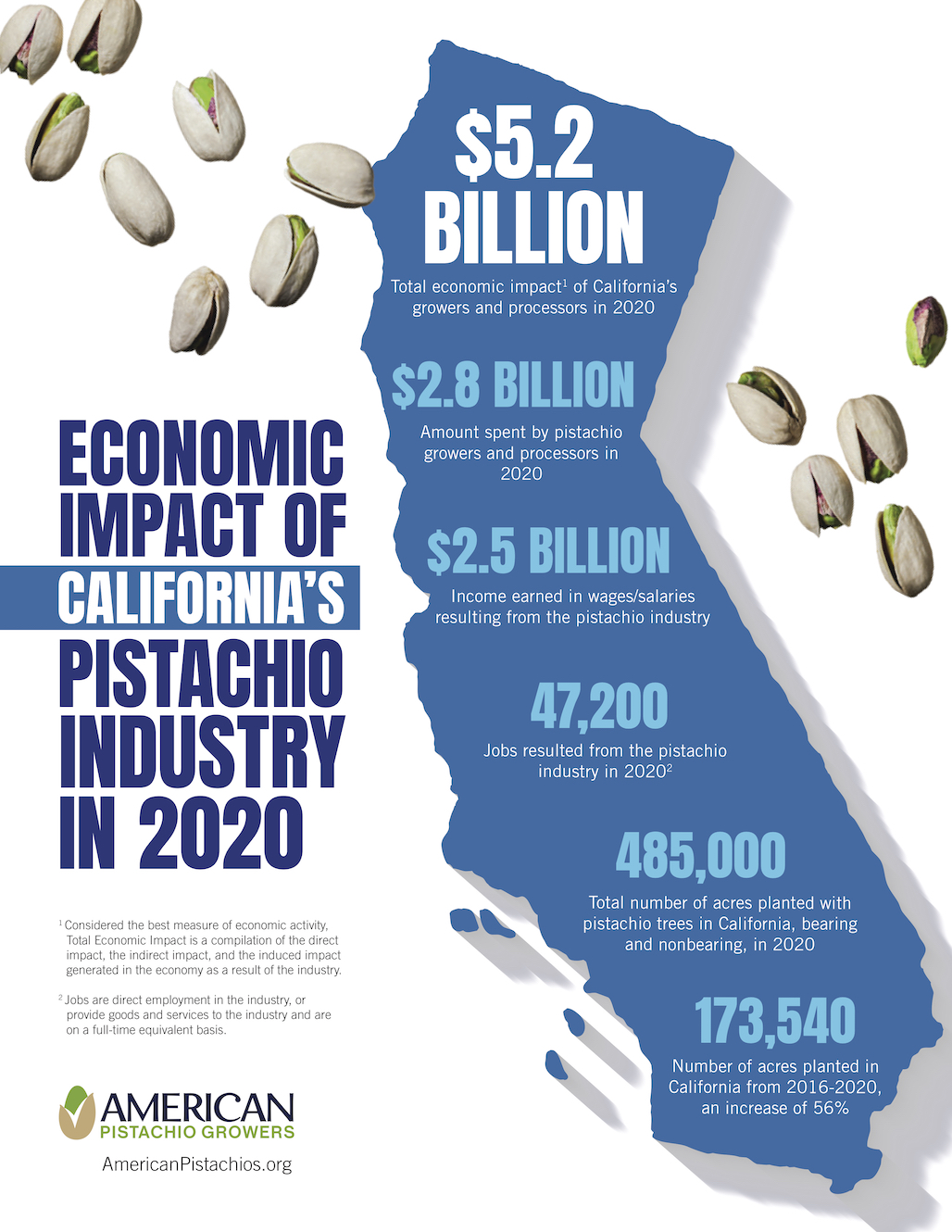