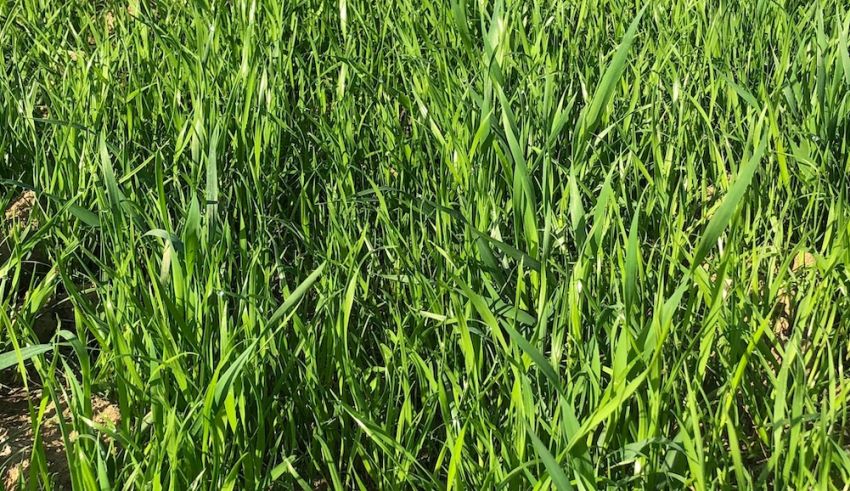 In Mediterranean or arid climates, particularly in areas with marginal soils, crop rotations are often limited to a narrow range of hay, pasture, a handful of winter legumes, or rainy-season grasses. Arid conditions and weathered soils drove Australia’s rainfed grain growers to adopt no-till strategies earlier than their counterparts in California. While beneficial from a water use perspective, successful no-till systems depend on herbicides to control weeds that were traditionally kept in check with tillage.

One advantage is that California is still a long way from Australia in terms of herbicide resistance in our small grain cropping systems. We can look to Australia for 20 years of methods and data that have arisen in an effort to combat herbicide-resistant weeds. And, if we can find a way to slow the spread of herbicide resistance, we may be able to continue relying on some of the herbicides that are available in our area.

What is Harvest Weed Seed Control?

When growers need to manage herbicide-resistant populations of weeds without tillage, one strategy is to reduce the amount of seed returned to the seedbank by destroying, or removing weed seed caught during harvest operations. Collectively these strategies are referred to as Harvest Weed Seed Control (HWSC). These methods have long been studied in Australia. Researchers at Washington State University[2], Virginia, Texas, and other parts of the US have been looking into these methods for several years. With increasing herbicide resistance developing in Italian ryegrass populations in California, similar approaches may be worth exploring in the Sacramento Valley.

HWSC methods include several different strategies. Each have their own constraints and challenges, and all are designed to physically destroy seeds during or after small grain harvest. This prevents new seeds from entering the seedbank, including those that are from plants partially or fully resistant to herbicides used in the field. This reduces the rate of resistance development and the spread of resistant genes.

Narrow-windrowing – Sorting straw and chaff into narrow windrows, in an effort to contain weed seed in a small area. Windrows can be burned, grazed, or if narrow enough, allowed to compost/ rot in place. If the windrows are left alone, the high rates of carbon will drive soil microbes to scavenge for nitrogen, which subsequently immobilizes plant available nitrogen. Low available nitrogen adds to a crowded, competitive, and less-than-ideal environment for a large number weed individuals that otherwise thrive in high-nitrogen environments. Although this reduces the overall area for the crop, the tradeoff is reduced weed pressure in the rest of the field.  This method is improved by the use of controlled-traffic farming, which ensures that the chaff lines end up in the same area after every harvest (maintaining the competitive environment and containing the weed seed). The material in the windrows can also be destroyed with burning or by grazing.  Burning in windrows has been shown to greatly reduce the survival rate of Italian ryegrass seeds, while additional studies have shown that other species of ryegrass have a roughly 10% survival rate in ruminant stomachs. However, grazing and burning, particularly in the context of California’s wildfire risks, have their own understandable challenges associated with them.

Chaff lining/ Chaff tramlining – This technique is similar to narrow windrowing, but in this case only the chaff is funneled into a narrow area and straw is spread throughout the field as normal. Chaff can also be moved to the sides of the combine (using a lateral conveyor belt), being deposited under the path of the wheels (this process is referred to as “tramlining”). Controlled traffic farming ensures that the seed is concentrated in the same place every year. In the case of tramlining, tractor wheels run over the weedy areas with every field operation, ensuring that any weed seeds that germinate end up growing in compacted, competitive, and highly-trafficked soil.

Direct Baling – Collecting straw and chaff immediately into bales, usually using a tow-along baler behind the combine. After harvest, bales can be moved off the field, thereby removing a large proportion of weed seed before it can disperse into the soil. However, removal of this much biomass can be problematic for growers with low organic matter soils that otherwise benefit from maintaining residues on the ground.

Integrated impact mills – In these systems, chaff is still ejected back into the field, but only after initially going through a hammer mill that shatters and destroys the seed. High initial equipment investments can cool grower enthusiasm. However, one 2017 report from Australia indicated that 29% of growers considered impact mills to be part of their future operations, indicating that at least some growers consider the benefits to outweigh the costs. Combine compatibility can also be a problem as most of the mills are designed to accommodate the larger combines of the midwest, whereas most California combines are typically optimized for relatively smaller acreage.

The caveat to all of this is that in order for HWSC to be effective, fields need to be harvested before weed seeds shatter (falling from the plant to the ground).  As of yet the shatter patterns of Italian ryegrass in California are not well known. Additionally, previous research has indicated that Italian ryegrass seed retention at small grains harvest can be highly variable across different locations. For example, researchers from the inland Pacific Northwest have reported Italian ryegrass seed retention rates at harvest of 27-50% whereas a 58% of seed retention has been found in Australia. Furthermore, grains in California are planted at different times of the year and our harvest season occurs at different times of the year relative to Australia (not to mention the Pacific Northwest).

Shatter patterns might well be the same as those in other areas of the world but calling for a full scale HWSC revolution isn’t very useful unless we know that a good amount of the weed seed has not yet shattered in the field when small grain crops are harvested.

In an effort to address this, UC researchers will begin collecting data on the shatter status of Italian ryegrass populations in several areas of the Sacramento Valley leading up to harvest. If we consistently see that a significant portion of the Italian ryegrass seed remains attached to the plant at harvest, then HWSC strategies may offer viable control options for California. Conversely, if ryegrass seed has largely shattered by the time our grain crops are harvested, then California growers may need to consider other options for control.

Of course, the best control strategies for herbicide-resistant weeds still include a mixture of different tools such as: the use of herbicides with different modes of action (including pre-emergent and post-emergent types where possible), the use of diversified crop rotations, and well-timed mechanical control. However, a better understanding of the potential for HWSC in California may give growers an edge in reducing the spread of herbicide resistance.

If growers in Sacramento, Solano, or Yolo County are interested in collaborating with UC Cooperative Extension Agronomists in trials focusing on control of Italian ryegrass in small grain crops or have related questions, please reach out to Konrad Mathesius (kpmathesius@ucanr.edu). — By Konrad Mathesius, with contributions from Thomas Gets, Jose Luis Carvalho de Souza Dias, Brad Hanson, and Mark Lundy (UC Cooperative Extension)