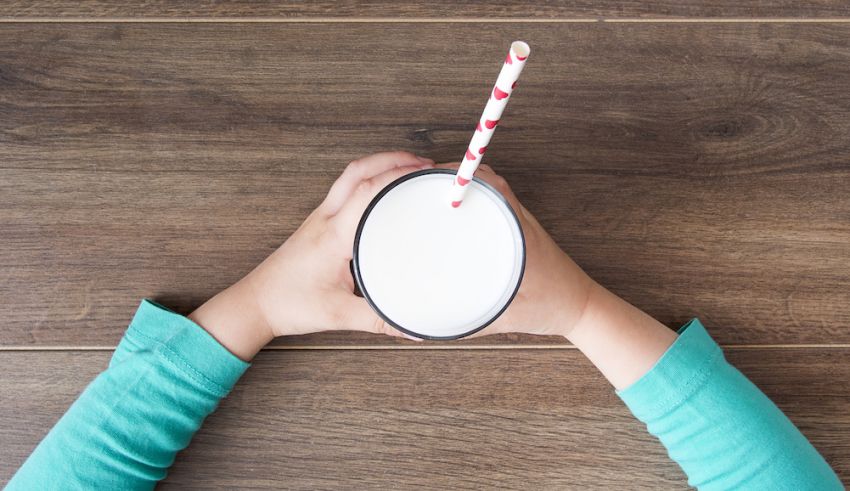 Producers under the California Federal Marketing Order (CFMO) are paid according to the quantity of components in their milk (pounds of butterfat, protein, and other solids) and their respective prices along with a proportionate share of the classified value of the monthly pool as accounted for in the Producer Price Differential (PPD). As has been the case in recent months, the PPD is negative when the collective value of producer components exceeds the classified value of the pool. Two components—butterfat and protein—account for most of the value in a producer’s milk check. This value depends on both the price of each component as well as the concentration of each component in producer milk. This article examines the amount of protein and butterfat in pooled producer milk. The accompanying figures illustrate the butterfat and protein tests of pooled milk on Federal Order (FO) 51 since the Order’s inception and compare them to those under other FOs and to the weighted average tests of all other FOs that utilize component pricing. A map of all Federal Orders and their respective marketing area is available at https://cafmmo.com/publications/marketing-area-maps/. 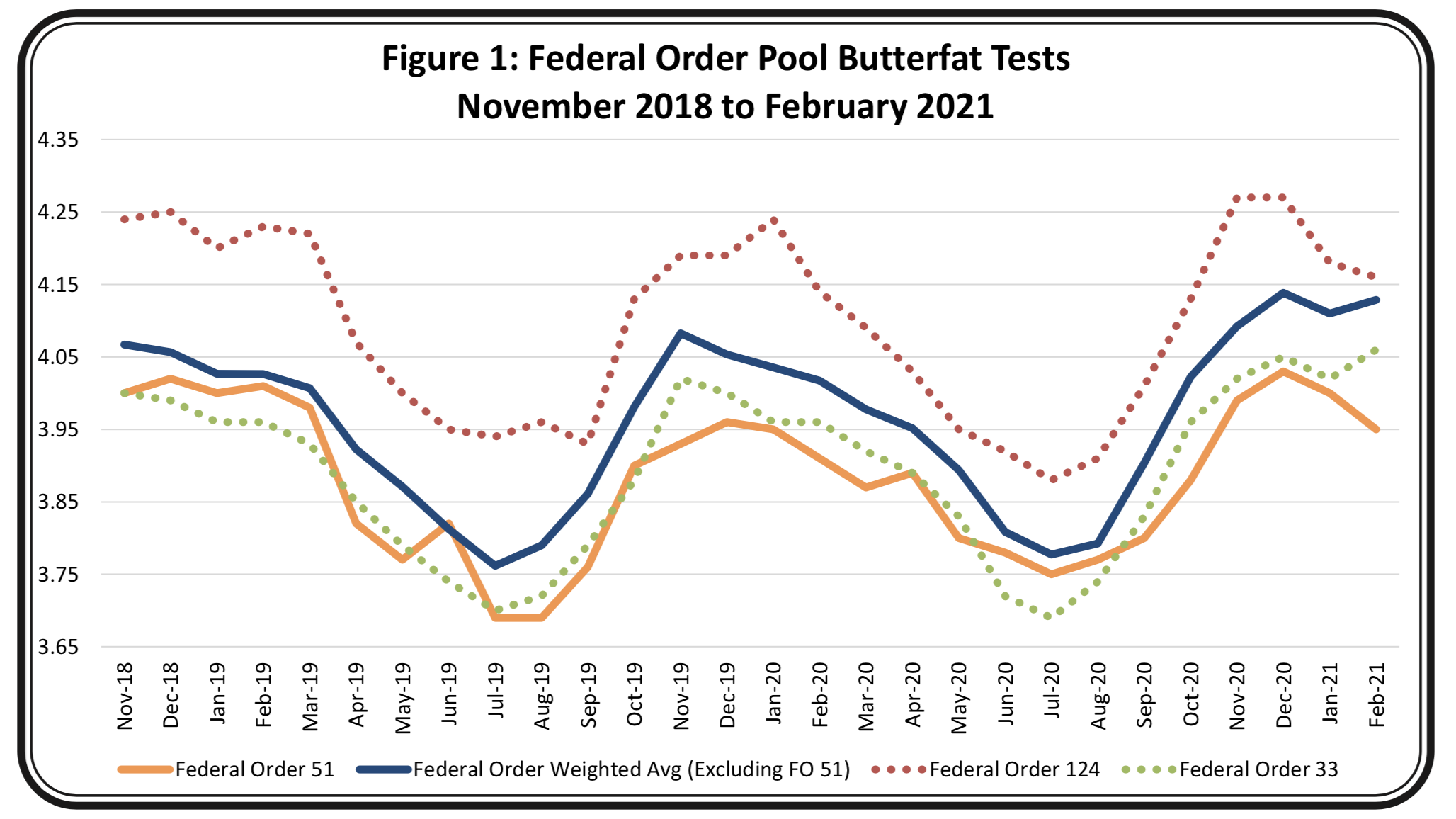 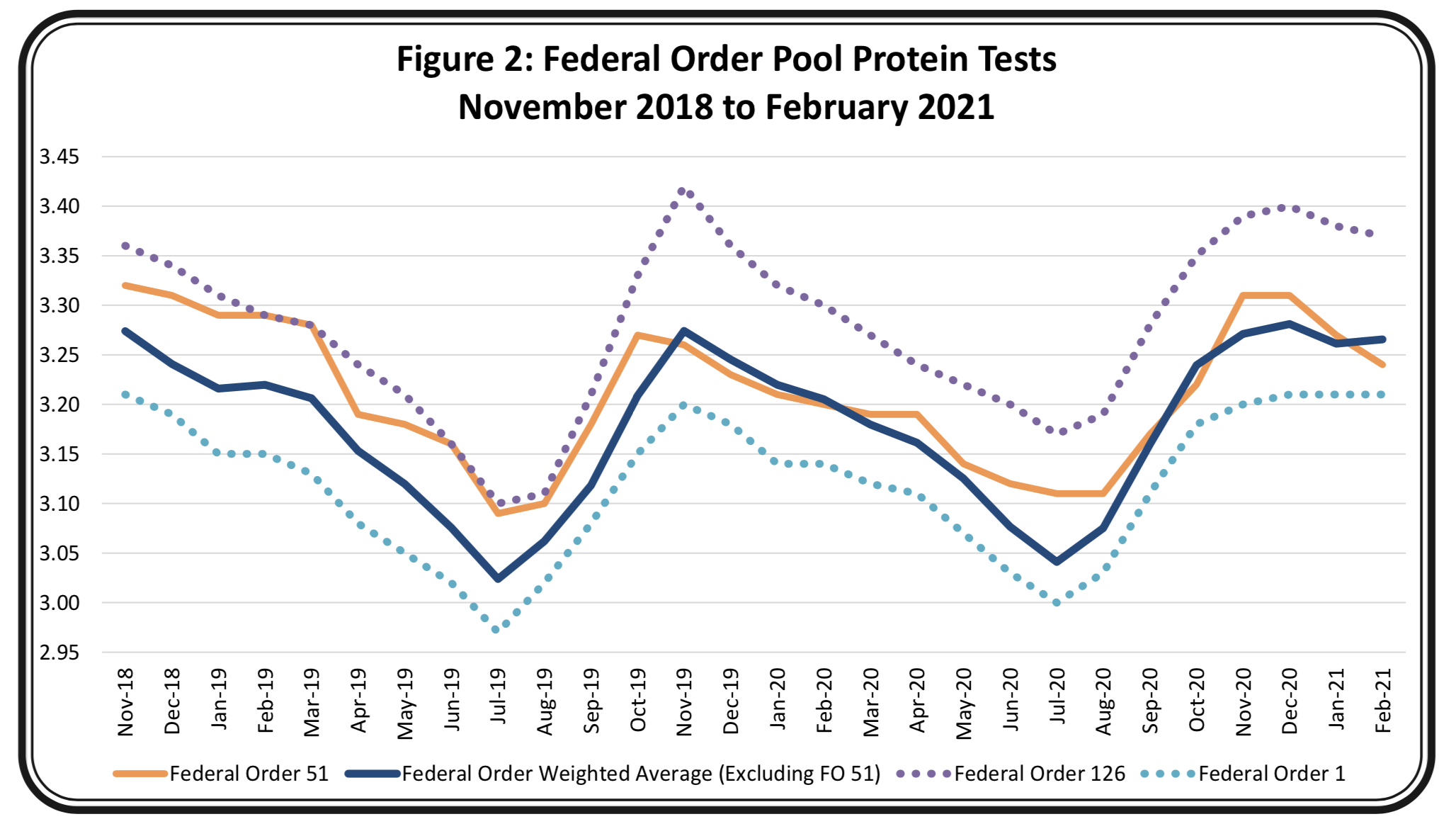 Pooled component tests under all FO areas exhibit a clear seasonal trend: butterfat and protein levels tend to peak in the early winter months, decrease through the spring months, and reach their lowest levels in the warmer summer months beforeclimbing through the fall. This strong seasonal trend is present even in FO areas like FO 124 (Pacific Northwest) and FO 33 (Mideast), which had the highest and lowest butterfat tests, respectively, during the period.

Market dynamics will continue to have an influence on the component tests of pooled producer milk as producers look to their milk checks and maximize their payment. Pooled component tests, although not indicative of protein and butterfat in milk withheld from the pool, still offer valuable insight into regional and seasonal variations in component levels. — By Cary Hunter, California Federal Milk Marketing Order