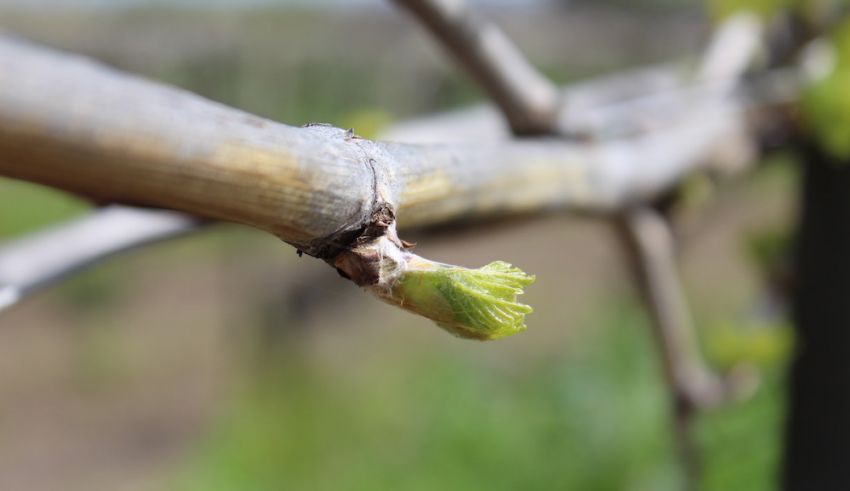 Sonoma County Winegrowers — As the calendar changes to March, Sonoma County vineyards are starting to awaken following a long, dry winter. Bud break marks the traditional start of the new year for the 2021 vintage meaning each day ahead is filled with a task intended to bring about the best harvest later this year. Given that bud break comes at the end of winter in a year when more rain is desired, those winter storms also bring the potential risk of harmful frosts at a time when the vines are most vulnerable. However, this time of year, it is the nature of growers to be excited about the new season getting underway.

“This is one of my favorite times of the year as you can begin to see new life in the vineyard and feel the optimism for a great year among everyone,” said Karissa Kruse, president of the Sonoma County Winegrowers. She added, “In talking with growers throughout the county, bud break seems to be a little later this season, closer to the historic norms. I hope this is a sign of a normal year given all that we have endured the past few years.”

As is always the case, white varieties such as chardonnay vines are the first buds to emerge, and growers are seeing some initial signs of bud break but still in the early stages. As the bright yellow color of daffodils and mustard appear to signal the arrival of spring, growers will welcome any rain Mother Nature can provide as the 2021 season officially begins.

Here some early insight from the “front vines” of our AVA’s:

Dry Creek Valley – There are numerous reports of some early bud break primarily in Chardonnay and Gewurztraminer. The general feeling this year is bud break is a little early but not significantly early. It has been a dry winter prompting concerns that vines could revert to “drought mode” and, perhaps hold back production, but the pending arrival of spring brings renewed optimism for a stellar year.

Russian River Valley – Early reports are that bud break is starting a little later than recent year but closer to the normal timing of the past. While bud break can be seen in chardonnay vineyards throughout the AVA, early reports are that it should start soon with pinot noir. Here in the Russian River Valley, concerns about the dry winter persist.

Alexander Valley – With pruning just completed, bud break is not expected for another week or more. Overall, bud break is running about two weeks behind last year, closer to normal of years past. Cabernet and other red varieties are not expected to bud for at least 3 weeks.

Green Valley – Bud break is starting to show in some Chardonnay vineyards though it takes some hunting to find it. The general feeling is the timing is pretty normal. However, in the next few weeks, bud break will appear not only in the Chardonnay vineyards but throughout Green Valley. The dry winter is a top concern and rain is wanted in the worst way. In the meantime, local growers are perfectly content to wait while enjoying “daffodil heaven!”

Fort Ross/Seaview – Over on the coast in far western Sonoma County, the cold temperatures this winter have kept the vines dormant. Mid-March has been the typical start of bud break, so the timing this year appears to be normal. Like elsewhere in the county, it is extremely dry in Fort Ross/Seaview.

Sonoma Valley – With little rain this winter, some growers in Sonoma Valley are already considering irrigation, this is far earlier than any time in recent memory. Bud break is coming on fast but nothing of significance to report at this time.