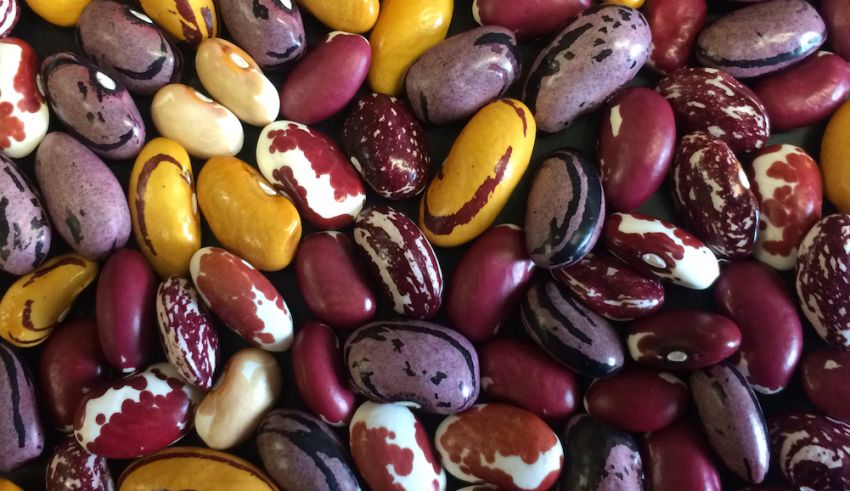 Beans in the UC Davis breeding program, which were used to breed heirloom-like varieties with improved agronomic performance.

Plant breeders are constantly working to develop new bean varieties to meet the needs and desires of the food industry. But not everyone wants the same thing.

Many consumers desire heirloom-type beans, which have great culinary quality and are visually appealing. On the other hand, farmers desire beans with better disease resistance and higher yield potential.

Travis Parker, a plant scientist at University of California, Davis, has worked with a team of researchers to release five new varieties of dry beans that combine the most desirable traits.

Heirloom-type beans often represent older bean types that are known for culinary qualities and seed patterns. These are highly desired by consumers. Heirloom types often fetch a higher market value than other beans.

Commercial dry beans often have higher yields, shorter maturity times, and improved disease resistance. While they possess qualities desirable to producers, they don’t command as high of a market price compared to their heirloom counterparts.

“Our goal was to improve field characteristics of the heirloom beans without losing culinary characteristics,” said Parker. “We have an interest in higher-value varieties and want them to grow well.”

Farmers growing the heirloom dry beans often sell the beans to health-conscious consumers or high-end restaurants. This sale often leads to a higher price point. However, these beans are prone to disease and don’t perform well in the field.

“We know that existing heirloom beans don’t usually do well in terms of yield,” said Parker. “Breeding beans for high yields is a major improvement for farmers. The new varieties are high-yielding, heat-tolerant, and are also resistant to bean common mosaic virus.”

Incorporating disease resistance was essential when developing the new bean varieties. Bean common mosaic virus is a well-known problem that is hard to control in the field.

“The only really effective means to handle the virus is through genetic resistance,” explains Parker.

The new varieties, such as UC Sunrise, satisfy the need for farmers to have a bean that is disease resistant while also yielding 50% more than heirloom types. In addition, the beans do not take as long to grow between planting and harvest.

Commercial and heirloom beans come from the same species, but they are in different market classes. The heirloom varieties are bred with intimate knowledge of what tastes good and what works well in the kitchen.

“In recent decades, there has been less attention paid to consumer desires during the bean breeding process,” says Parker. “There are more layers between the breeder and the consumer. We are trying to make sure to keep consumers in mind while incorporating qualities that are beneficial to the farmer.”

With consumer desires in mind, the research team used cross-pollination to breed plants with key characteristics they selected. As Parker and the team continued the breeding process, they performed taste tests to ensure the beans met the level of culinary quality expected of an heirloom-type bean, in terms of flavor and visual appeal.

To learn more about the research behind these new dry bean varieties, watch this video from Travis Parker.