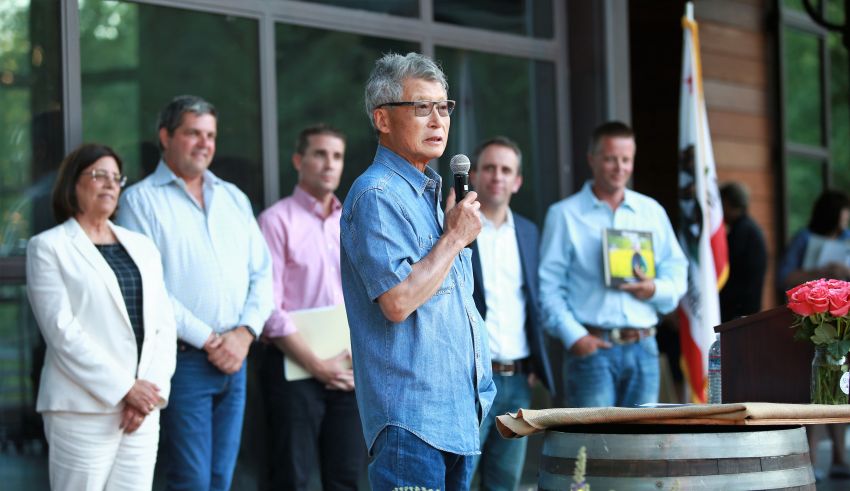 The California Farm Bureau has presented the Distinguished Service Award annually since 1953 to dedicated Farm Bureau members from California. Over the last century, Farm Bureau has had dozens of strong leaders. However, few have devoted the time and energy that Tito Sasaki has given, which is why he is so deserving of this recognition. This is the first time a member from Sonoma County has received this award.

With humility and a strong community spirit, Sasaki said he was honored to receive such a recognition.

Jeff Carlton, former Sonoma County Farm Bureau President who nominated Sasaki for the award, described Sasaki as “widely respected by both Farm Bureau members and elected officials, who value his intelligence and grasp of complex issues.”

After receiving several postgraduate degrees and a successful career in engineering and quantum mechanics, Tito Sasaki joined the Sonoma County Farm Bureau in 1985, after he and his wife bought their ranch and began to revive a neglected vineyard on the property.

Sasaki said soon after moving to Sonoma County he came to realize the tremendous value of Farm Bureau and its crucial role in representing farmers’ interests, protecting property rights, and preserving agriculture for future generations. Farm Bureau, he said, provides the structure for farmers to work together to tackle important issues.

For several decades, Sasaki worked tirelessly on water issues in Sonoma County. He devoted much of his time to developing water solutions and strategies, namely a balance between the water needs of farmers, fish, and urban residents. His work with the County was integral for the implementation of the Sustainable Groundwater Management Act. He was also a member and past Chairman of Sonoma County Farm Bureau’s Water Committee and a member of the Natural Resources Committee.

Sasaki has served as a one-of-a-kind leader who is passionate about securing agriculture’s future in Sonoma County. His efforts, undoubtedly, helped to ensure a bright future for the next generation of farmers and ranchers. In 2019, Tito’s many contributions to agriculture were honored with his induction into the Sonoma County Farm Bureau Hall of Fame. The prestigious award recognizes individuals who have made a real and lasting difference in preserving and protecting Sonoma County’s agriculture industry and the county’s 500,000 acres of farmland.

“There are not many people who know and understand the issues in agriculture as well as Tito. During his years on the Farm Bureau Board, he devoted countless hours to the agricultural industry, going to meeting after meeting to represent the interests of our members,” Carlton said.

He said Tito is widely respected by both Farm Bureau members and elected officials who value his intelligence and grasp of complex issues.

Those who have worked with Tito over the years say his keen intelligence, analytical skills, and bulls-eye business acumen were put to good use in defining the issues and defending the rights and livelihoods of farmers and landowners.

Not surprisingly, those who worked closely with Sasaki during his many years of service to Farm Bureau and the Sonoma County community-at-large joined in congratulating him for receiving much-deserved award.

“Leaders often emerge when we need them the most. Tito Sasaki exemplifies that rise to leadership in a time of need. Early on Tito realized that water would be the dominant issue of the time in Sonoma County, throughout California and the West. He became Farm Bureau’s expert on water issues and worked tirelessly to ensure agricultural interests were represented in crafting water policy,” said Tim Tesconi, retired executive director of Sonoma County.

Tesconi said he was always impressed by Sasaki’s brilliant intellect, temperament, and grace.

“In meeting after meeting on complex water issues, land use, and other topics it became obvious that Tito was the smartest guy in the room. He lent his time and talents to define the issues and defend the rights and livelihoods of farmers and landowners,” said Tesconi

“Tito’s strong grasp of complex and technical regulatory issues positioned him as a natural leader for the Farm Bureau in fighting for reasonable and pragmatic solutions to the challenges faced by Sonoma county farmers,” Linegar said. “He has been tireless in his efforts and has gained the respect of countless agency staff for his hard work and acumen.”

Jay Jasperse, chief engineer and director of groundwater management for the Sonoma County Water Agency, has worked with Tito over the last 15 years on water issues, primarily, implementation of the Sustainable Groundwater Management Act.

“Tito was one of the first to recognize that agriculture needed to be at the table to represent its interests in a proactive manner on the development of management programs to ensure a stable water supply,” said Jasperse.

He said that Tito is one of the most impressive people he has ever worked with during his career.

“His intellect, work ethic, and his optimistic vision of the future, combined with his wry sense of humor, established him as a respected statewide leader on water matters,” Jasperse said. “I wish Tito the very best in his well-earned retirement and congratulate him on a job well done.”

“He has devoted much of his time to developing water solutions and strategies, namely a balance among the water needs of farmers, fish, and urban residents,” Johansson said, noting his recent work in the county on implementation of the Sustainable Groundwater Management Act.

“Tito regularly communicated with state Farm Bureau leaders and staff as well as California legislators, seeking their expertise and support as he advocated for the agriculture industry and has been keenly focused on statewide issues impacting farmers,” Johansson said.

Although he has retired from the Farm Bureau board Tito continues to be an ambassador for agriculture and Farm Bureau while he focuses on the next chapter of his life with his wife Janet at their vineyard in Sonoma. 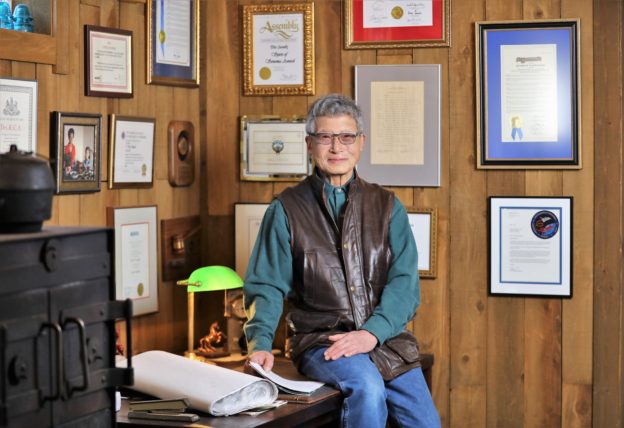 Thank you very much for this extraordinary honor. It was an utter surprise to me and my wife Janet as we had no reason to expect it. I know that many of you deserve this honor more than I do. The only difference between us is that you are still contributing whereas I am done, over and out.

I did work hard when I was with you because it was fun. I enjoyed working not only at Sonoma County Farm Bureau but also at Napa, Marin, and Mendocino County Farm Bureaus as well as at the CFBF. The Farm Bureau, at every locality and level, is our family home where we trust each other and help each other.  One does not live for himself alone.  Only by helping others one can grow and prosper.

Our battles for water and for the freedom to work on our land will never end. Any victory will be short-lived. Looking back, I was engaged in never-ending struggles. But, you, by working through the Farm Bureau, will have fresh opportunities of winning new battles and improving your production and profit. Profit is essential. Without profit, there will be no freedom. And without freedom, there will be no act of greatness.

As the pandemic is tearing our social fabric, we need first to make sure we are on solid ground; then we should boost our contribution to society by creative means. I trust you will keep fighting for agriculture, keep working with each other, and make the best use of your hard-earned freedom. You will, and that’s why this Award should really belong to you all. — By Brytann Busick, Sonoma County Farm Bureau