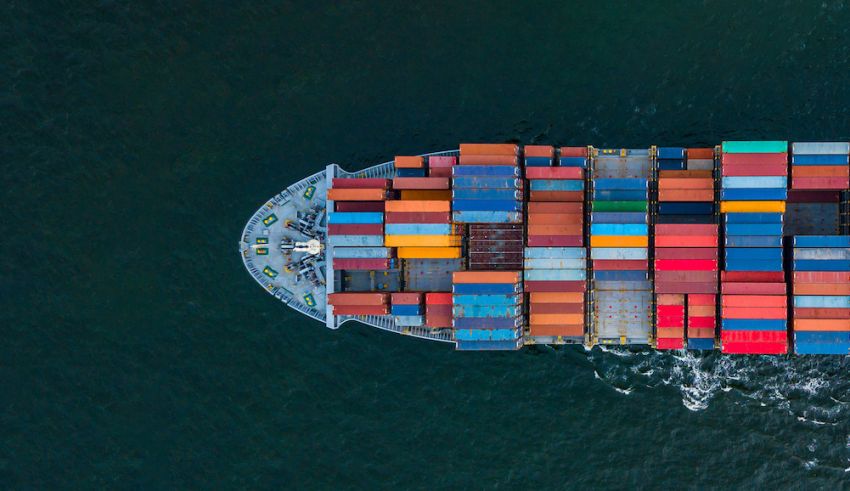 The USDA-sponsored “U.S.–Indonesia Dairy Roundtable” event, held in Jakarta on September 30, 2019, has delivered record results for U.S. dairy exports. In the year since the seminal event concluded, U.S. exports of dairy products to Indonesia surged to more than 160,000 metric tons, valued at more than $346 million. Moreover, U.S. market share of Indonesia’s nearly $1.4 billion dairy import market dramatically increased from 14 percent to 25 percent. In calendar year 2020, as of September, the U.S. had already exported a record volume of dairy products to Indonesia and is on track to reach a record value by the end of the year. The event was an excellent example of FAS collaboration with host government officials, local importers, and U.S. industry stakeholders to increase U.S. exports.

Held at the Grand Hyatt Ballroom in Jakarta on September 30, 2019, the U.S.–Indonesia Dairy Roundtable was a groundbreaking event designed to increase trade in dairy products between the U.S. and Indonesia. Led by USDA Undersecretary for Trade and Foreign Affairs, Ted McKinney, U.S. Ambassador to Indonesia, Joseph R. Donovan, and Indonesia’s Minister of Trade, Enggar Lukita, the gathering brought together key stakeholders from both countries for day-long discussions on dairy trade and policy. In addition to hearing from senior level officials from both governments, participants engaged in one-on-one business meetings designed to expand importer knowledge of U.S. dairy products and exporter knowledge of Indonesian buyers’ requirements. Arranged by the U.S. Dairy Export Council (USDEC) and FAS Jakarta, industry representatives from 13 dairy exporters and producers met directly with buyers from 60 Indonesian companies representing importers, processors, and retailers. FAS Jakarta collaborated closely with USDEC to organize and manage this USDA- sponsored event. The event was an excellent example of how FAS can join with host government officials, local buyers, and U.S. industry stakeholders to increase U.S. exports.

In the immediate months following the roundtable, exports of U.S. dairy products to Indonesia accelerated across key product categories including Non-Fat Dry Milk (NFDM), Whey, Lactose and Cheese. This strong performance in the final quarter led to a record quantity of U.S. exports to Indonesia in 2019. Despite market and demand disruptions related to Covid-19, strong demand for U.S. dairy products continued throughout 2020. Far outpacing the record 2019 year, in the year since the roundtable concluded (October 2019 – September 2020), U.S. exports of dairy products to Indonesia surged to more than 160,000 metric tons, valued at more than $346 million.

Importantly, the gains for U.S. dairy were not solely derived from Indonesia’s growing dairy consumption. Global trade data in the year following the roundtable demonstrates the vast majority of growth in U.S. exports were a direct result of increasing market share. The U.S. market share for Indonesia’s $1.4 billion dairy import market increased nearly 80 percent in the year following the roundtable. This impressive growth, from 14 percent to 25 percent market share, came almost exclusively at the expense of dairy exports from the EU.

The gains in U.S. exports have made Indonesia the fourth largest market for U.S. dairy by volume and the sixth by value. Significantly, this achievement is not the result of increased exports for any one particular product, but rather an upsurge across various dairy product categories: 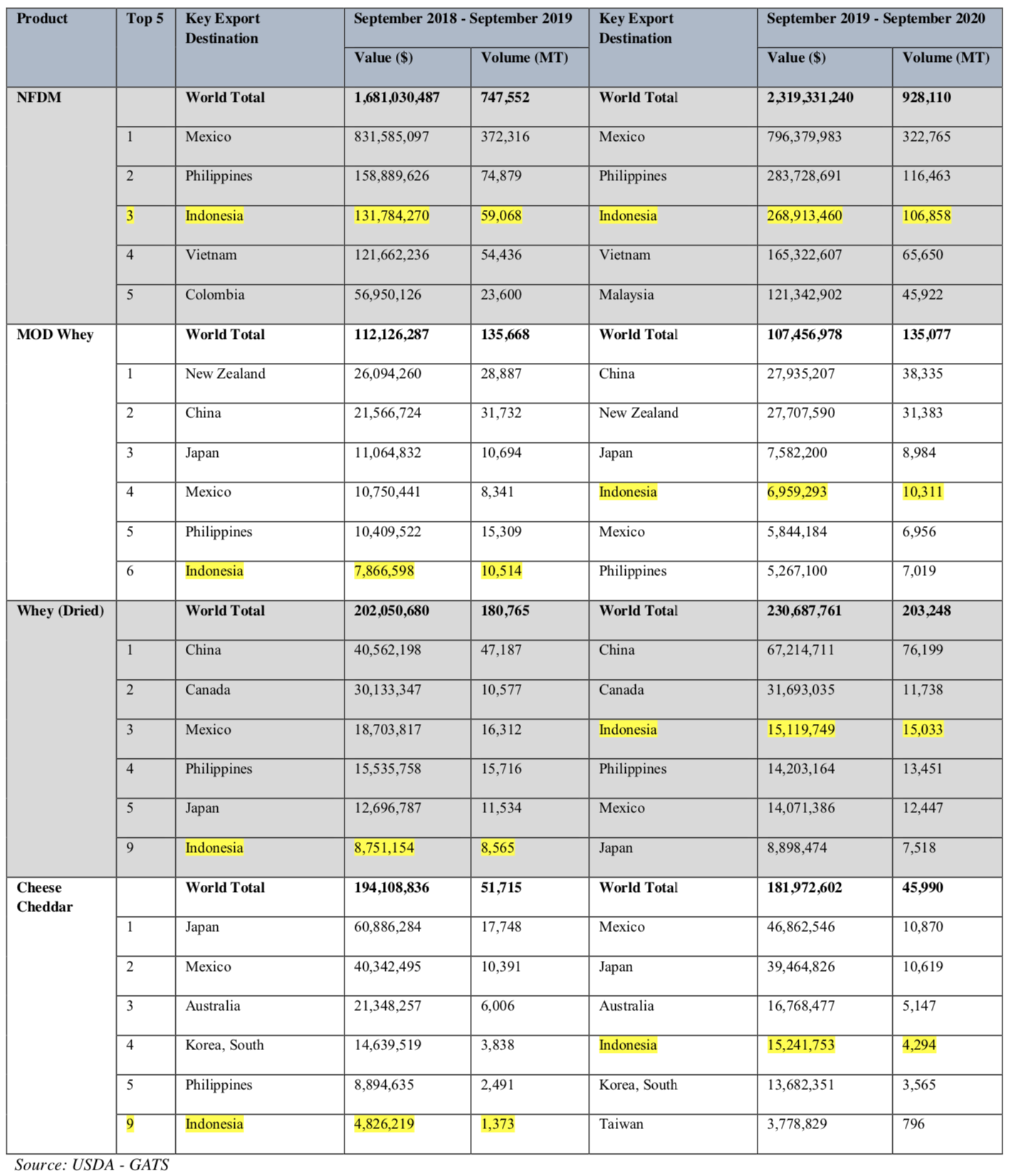 The success of the U.S.–Indonesia Dairy Roundtable can in a large part be attributed to the fast response by U.S. Ambassador Donovan, FAS Jakarta, and the dairy industry to seize an opportunity to expand U.S. exports. Upon hearing reports of trade tensions between the EU and Indonesia related to palm and palm- derived products spilling over into trade of other commodities, FAS Jakarta and the dairy industry moved quickly to mobilize a high-level event that could capitalize on the changing trade environment. Ambassador Donovan spearheaded the engagement with the Ministry of Trade, which ultimately brought together U.S. exporters and Indonesian importers together at an opportune moment when Indonesia sought to diversify trade in dairy products away from the EU.