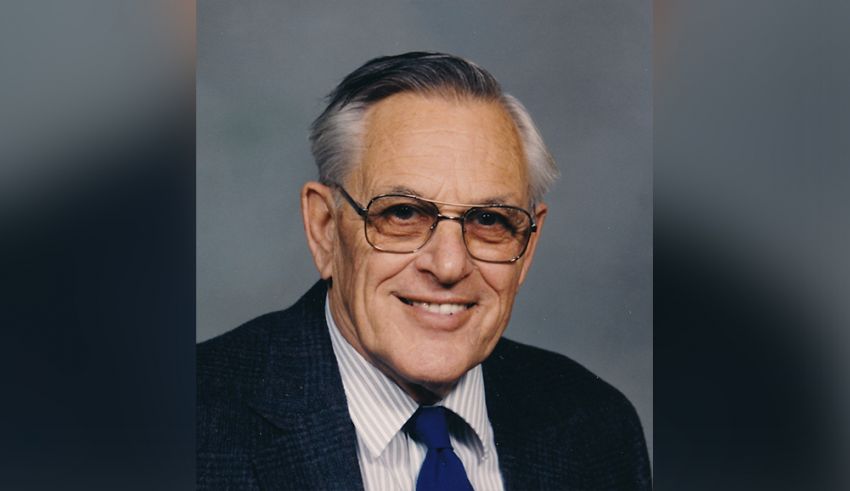 Burton John Hoyle passed away in McKinleyville on Nov. 9, 2020, just weeks from reaching his 101st birthday.

Burton (Burt) was born in Saranac Lake, NY, in 1919. He grew up in the Jamestown, New York, area. He graduated from high school in 1938 and spent several years pursuing odd jobs before starting college in 1941. He did not serve in WWII because of a childhood injury. In 1944, he graduated from the University of New Hampshire with a degree in horticulture.

There was a war going on and jobs were scarce, so Burt applied to graduate schools. The University of California, Davis, wrote that classes were closed, but they did have a job opening in vegetable crops. After Burt got to Davis, classes soon resumed with the end of the war, and he graduated in 1946 with an M.S. in vegetable crops. That same year he also married True Dolson.

As 1946 drew to a close, Burt took a job with the University of California Cooperative Extension system to pioneer the Agricultural Experimental Field Station in Tulelake, now known as the Intermountain Research and Extension Center (IREC). From 1947-1965 Burt’s research and work shaped many of the crops still grown in the Tulelake Basin today including potatoes, barley, peppermint and strawberries, according to a letter Rob Wilson, current Intermountain REC director, wrote to Burt for his 100th birthday.

However, Burt’s big winner was the introduction of horseradish as a cash crop. In 1983, he was featured in an NBC nationally broadcast news show as the “Godfather of Horseradish.”

In 1965, Burt relocated to Fresno where he worked as a vegetable crops specialist at the University of California’s West Side Station in Five Points. Two major publications from his many projects were A Guide to Commercial Vegetable Production (1970), Curley Top Identification Handbook (1977) [Curly top is a plant disease]. His work on “aggresizing” [a process for making the soil optimum for successful seed growth], for which he received a patent, led to widespread recognition in the agricultural research community.

Burt and True were active in the First Presbyterian Church in Fresno. One of the ways they lived out their faith was by opening their home to many foreign students. Over a period of more than 10 years, they hosted a number of Chinese, African and Middle Eastern students. Their involvement with these students was a ministry as they helped them with practical matters, and also spent hours counseling them about their lives.

Burt retired from UC ANR in 1983 and he and True relocated to Humboldt County. During the 1980s Burt enjoyed Rotary, his friends and taking pictures of beautiful Humboldt scenery. He traveled up and down the coast shooting pictures; then with his scanner and Adobe Photoshop, Burt explored the creative expressions of the visual, displaying some of his photos at local art shows. He and True were very involved with the Arcata Presbyterian Church and participated in many community activities. Burt and True also engaged in developing housing on land in Arcata, which True had inherited from her family.

Burt was blessed by health, mental clarity and mobility throughout his life. He was known for his brilliant thinking and ever-present curiosity. During his final years, he was working on a book on statistical thinking and re-analyzing data from his field crop experiments he had collected more than 50 years ago. Even in his last days, his caretakers commented on his intellectual curiosity, his smile and sense of humor.

He is survived by his three children, Joe and Glenn Hoyle and Pamela Lund, three grandchildren, Julie McGuffey, Karin Ballstadt and Dennis Hoyle, and 10 great-grandchildren.

His three children remember the significant impact Burt had on their lives, but more importantly his love and concern for them, their families, and for the large number of people whom Burt influenced. — By Glenn C. Hoyle