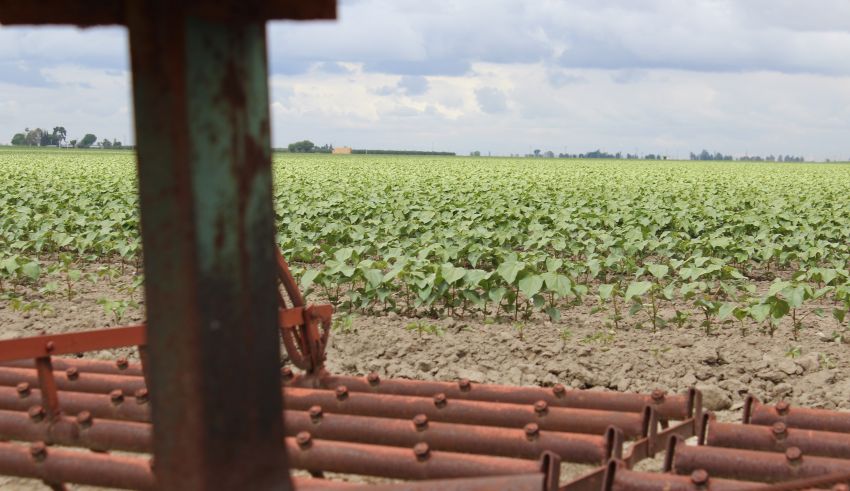 As of January 2020, thirty states have authorized programs and 29 have funded easement acquisitions. Together they have permanently protected more than 3.1 million acres acquiring upwards of 17,000 agricultural conservation easements since inception. Pennsylvania, New Jersey, Maryland, Delaware and Massachusetts lead the nation in easements acquired while Colorado, Pennsylvania, Maryland, New Jersey, and Vermont stood out for acres protected to date (see maps). 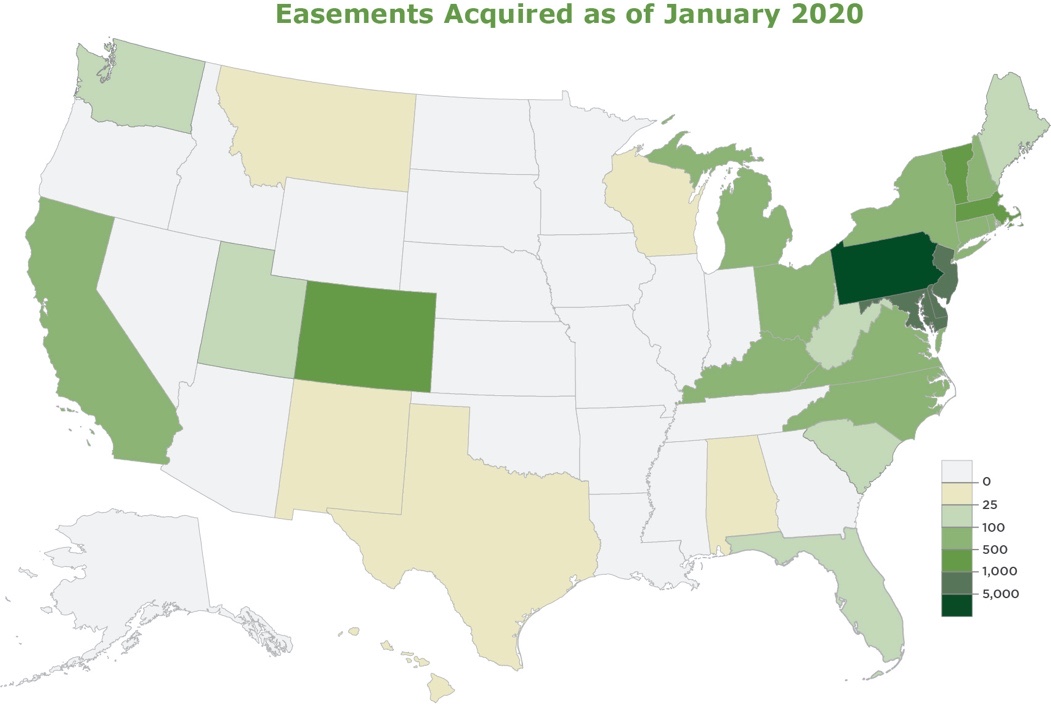 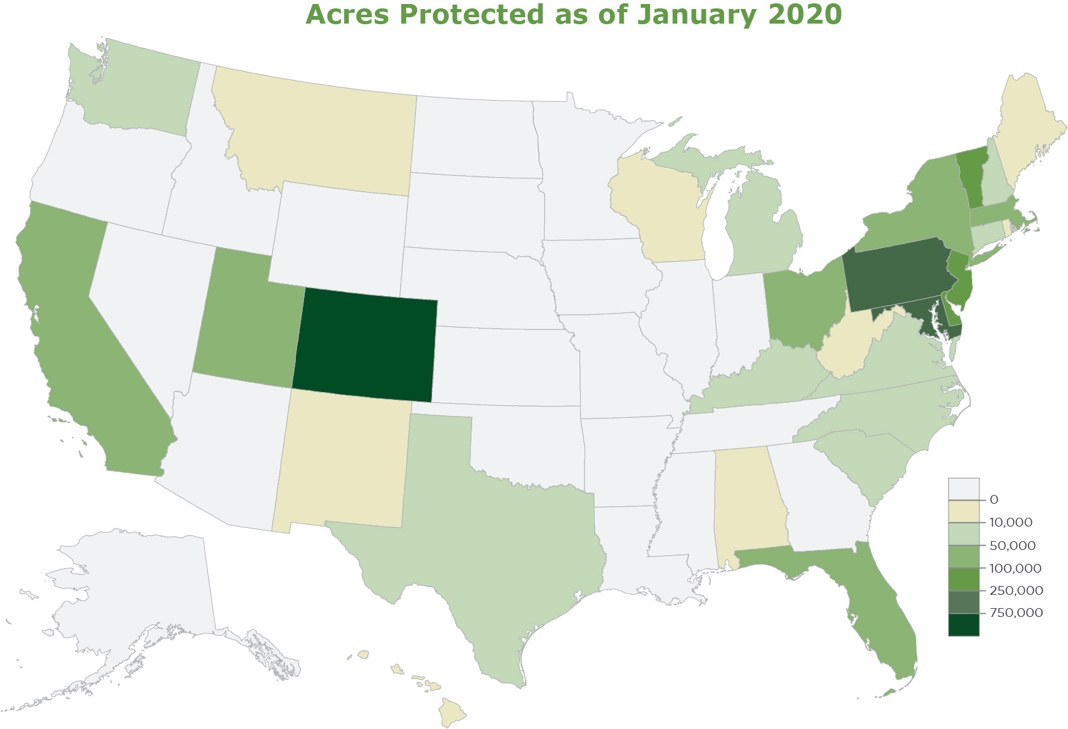 According to a recent report by AFT, “Farms Under Threat: The States of the States,” 11 million acres of the nation’s farmland and ranchland was lost or fragmented between 2001 and 2016. PACE programs are one of the most effective state policy responses to development. The report’s Agricultural Land Protection Scorecard examined a range of approaches including PACE, to address threats to agricultural land.

“Since the late 1970s, state PACE programs have invested more than $4.5 billion to save farm and ranch land,” said Jennifer Dempsey, Farmland Information Center director. “This funding has leveraged an additional $3 billion from ACEP-ALE and other federal programs, local governments, land trusts, foundations and individuals.”

In 2019, Pennsylvania, Colorado, Texas, California, and Maryland led the nation in acres protected during a single year, each saving more than 10,000 acres. Pennsylvania, Delaware, Maryland, New Jersey, and Ohio acquired the most easements and accounted for 79 percent of the total number of easement acquisitions (see tables). While state spending declined by 13 percent overall, seven states increased dollars spent on PACE in 2019; five states increased their contribution by 23 percent or more over 2018.

“It’s encouraging to see states like New York and North Carolina devote more to protecting agricultural land,” Dempsey said. “Agricultural land is critical infrastructure for local food production, but states invest less than a penny to save farmland for each dollar spent on highways.”

She continued, “It is also heartening to identify new programs like Oregon to add to future surveys. The addition of new programs, especially in underserved regions like the Corn Belt, is necessary to double permanently protected farmland by 2040, reduce conversion and prioritize the best land. To reach these goals, states must do more. Currently, for every acre protected by PACE programs, nine were converted to other uses”

AFT’s Farmland Information Center has been conducting its annual survey of State PACE programs since 1995. Other nationwide surveys conducted by the Farmland Information Center include a survey of local PACE programs, and of land trusts that protect agricultural land. The data collected through these surveys help AFT track the progress of on-the-ground programs working to save our nation’s farmland.

For more information on Purchase of Agricultural Conservation Easements, see the PACE fact sheet and other PACE resources on the Farmland Information Center website. The FIC is a clearinghouse for information about farmland protection and stewardship and is a public/private partnership between the USDA Natural Resources Conservation Service and American Farmland Trust.

American Farmland Trust is the only national organization that takes a holistic approach to agriculture, focusing on the land itself, the agricultural practices used on that land, and the farmers and ranchers who do the work. AFT launched the conservation agriculture movement and continues to raise public awareness through our No Farms, No Food message. Since our founding in 1980, AFT has helped permanently protect over 6.5 million acres of agricultural lands, advanced environmentally-sound farming practices on a half million additional acres and supported thousands of farm families.