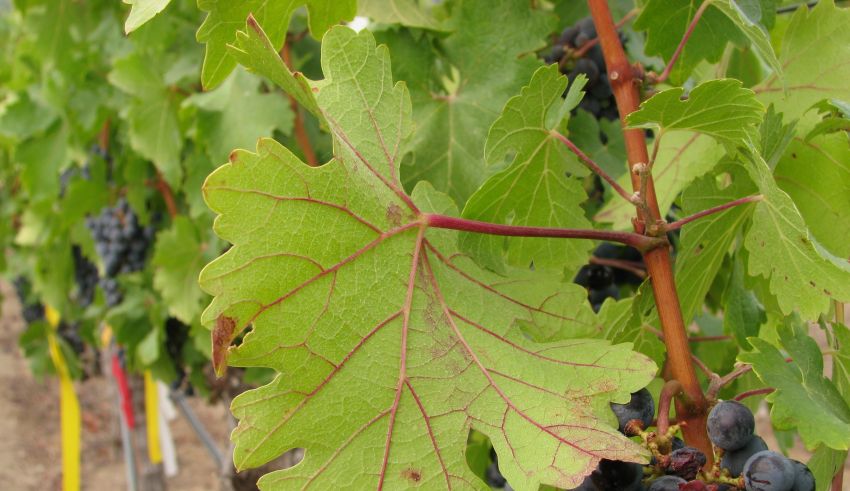 Since the discovery of red blotch in the foundation vineyards, all propagated vines related to the positive vines tested negative in every case, indicating the incidence of red blotch at RRV is due to field transmission of GRBV. In addition, material from these plants was distributed prior to the last negative test date, suggesting that material was GRBV-free at the time of distribution. In 2018, we implemented a test-to-order policy that further ensure orders being shipped were negative just prior to distribution.

One of the greatest challenges in managing red blotch has been vector-mediated transmission. The three-cornered alfalfa hopper, Spissistilus festinus, has been documented as a vector in greenhouse studies and has been found in RRV. Given this threat, we have implemented more frequent vineyard inspections and additional spray treatments specifically targeting the vector and developed a comprehensive program for control of this vector. However, it remains unknown if other vectors are involved in the transmission of red blotch. We are working closely with University of California scientists to monitor the foundation vineyards for potential vectors and track the spread of the virus.

Given the level of red blotch infection in Russell Ranch Vineyard, we feel the best course of action is to discontinue distributing material from RRV. However, grapevine material from the Classic Foundation Vineyard, which represents the majority of clonal families from RRV, will continue to be available for distribution and is tested for GRBV as dormant canes prior to shipping.

FPS is greatly committed to maintaining the highest testing standard for our foundation vineyards. We will continue to test all vines in the foundation vineyards individually on an annual basis and implement the best management strategies to safeguard foundation material. In addition, FPS has begun working

with UC Davis planners to design a 24,000 square foot ‘Emergency Greenhouse’ that will protect approximately 4,000 of FPS’ most valued Foundation grapevines. This is essential to protect the material from vectors and guarantees immediate access to the clean plant material in case of field infection. FPS is currently renting two 1,100 sq ft greenhouses in the interim from the College of Agricultural and Environmental Sciences to temporarily house the most valuable clonal selections as newly propagated virus-tested mother vines in a protected environment.

Moving forward, a collaborative approach between FPS and the grape industry is needed to protect grapevine Foundation material from exposure to viruses. Although there are major knowledge gaps about the transmission and epidemiology of grapevine red blotch virus, well-funded research teams around the country are working on elucidating the biology. In the meantime, FPS is moving forward to ensure protection of the core grape Foundation which is an essential asset to the US grape industry. — By Deborah Golino (FPS Director dagolino@ucdavis.edu) & Maher Al Rwahnih (Director of Laboratories malrwahnih@ucdavis.edu) 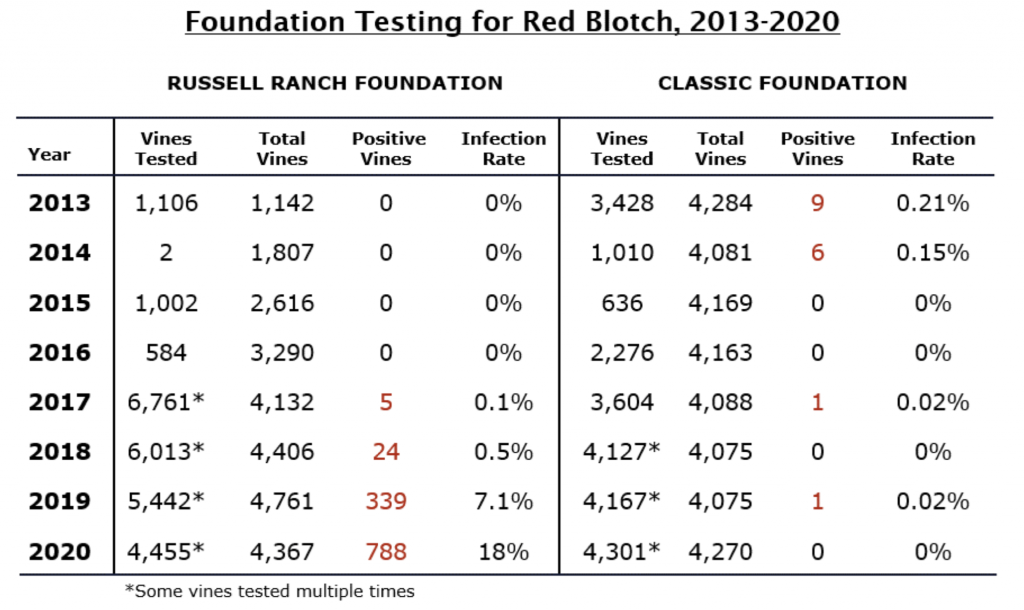