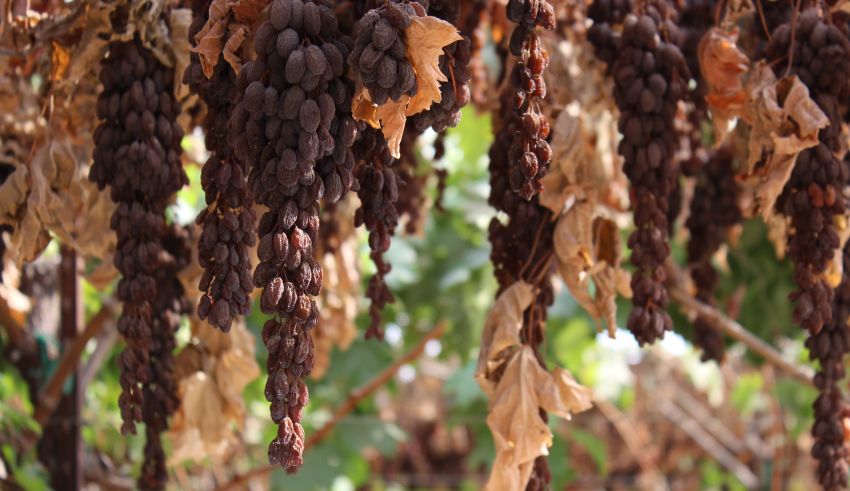 California Department of Food & Agriculture — Free raisin tonnage produced by handlers in 2019 totaled 24,844 tons, up from the 9,423 tons reported in 2018. This figure does NOT include raisins purchased from other handlers or producers. The total 2019 raisin crop purchased from producers, for whom pricing had been finalized, reached 145,145 tons at an average price of $1,162 per ton, down significantly from the $2,119/ton average of 2018. This price is rounded to the nearest dollar per ton and includes all bonuses and allowances.

Purchases from producers, for whom pricing was NOT finalized, totaled 139,888 tons. The average “good faith” estimate of the final weighted average price for this tonnage was $1,031 per ton. 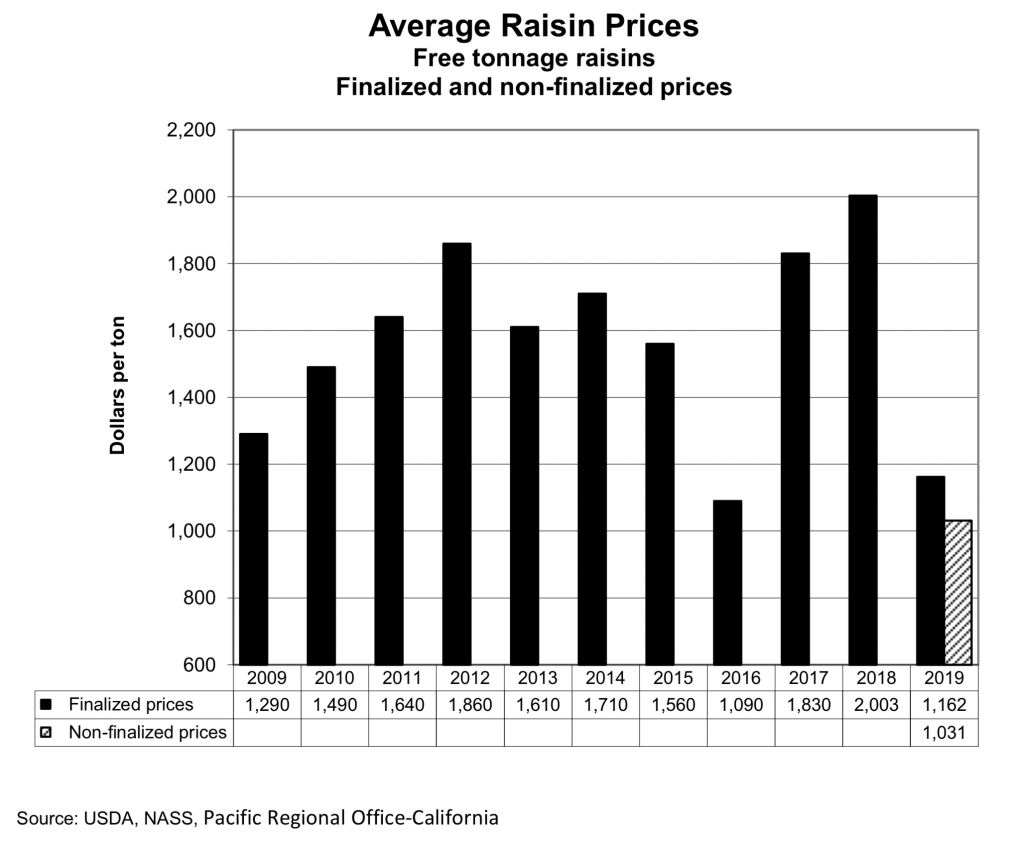 Information contained in this report was supplied by raisin handlers to fulfill reporting requirements of Sections 55601.7 and 55601.8 of the Food and Agricultural Code. The report includes all tonnages of raisins that were either produced by the handler or purchased from producers. The final weighted average price, including bonuses and allowances, has been reported for all contracts which were finalized.

All 2019 crop transactions completed through the close of business on August 31, 2020 are included in this report. A “good faith” estimate of final weighted average price was reported for those contracts which were not final on the same date. The data are shown by major varieties at the State level only. 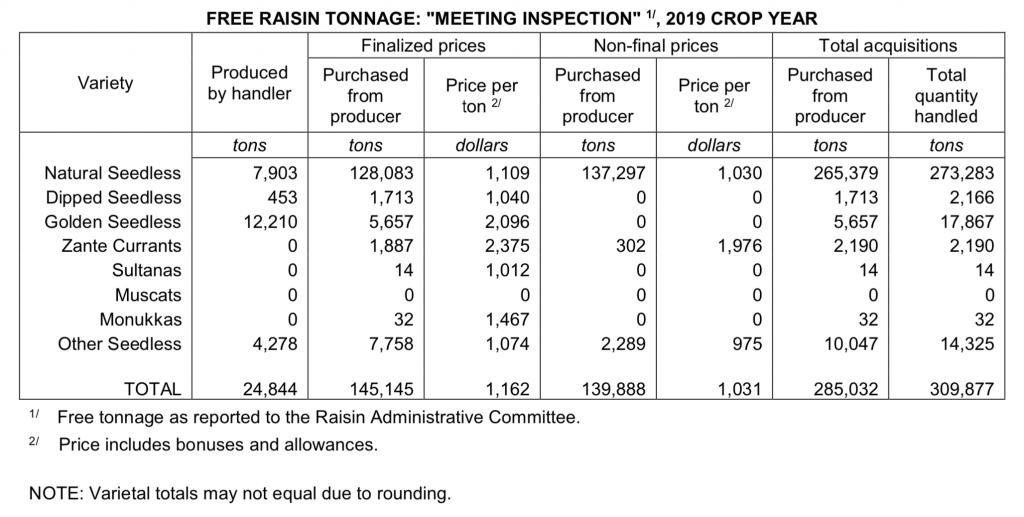 Producer: A person or operator who is responsible for the raisins in the unprocessed state. A dehydrator operator is considered the producer of raisins if they grew or purchased fresh grapes and dehydrated them.

Finalized Purchases: Tonnage purchased from producers, for which a pricing contract has been completed.

Non-Finalized Purchases: Contracted tonnage, for which a final price has not yet been determined.

Weighted Average Price: Weighted average price reflects prices or “good faith” estimates of prices as reported by handlers and include any bonuses or allowances.