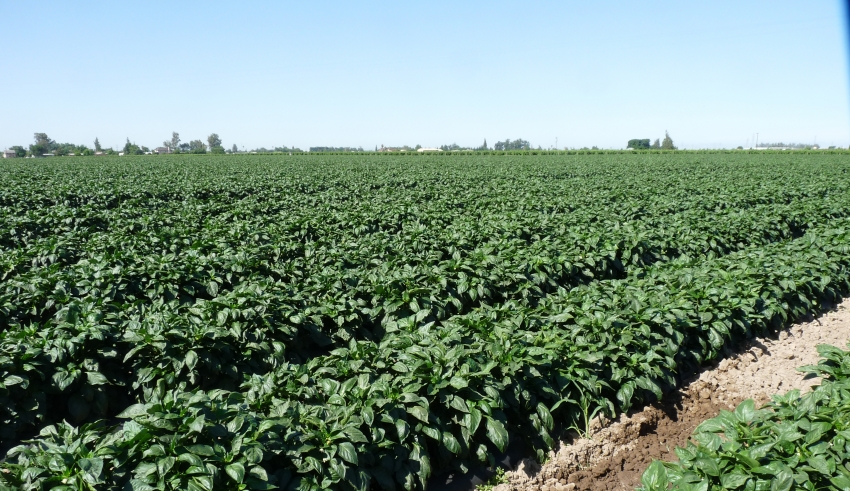 The U.S. Department of Agriculture’s (USDA) Agricultural Research Service (ARS) recently announced that a harmless airborne fungus, Cladosporium sphaerospermum strain TC09 (TC09), can dramatically accelerate plant growth if a germinating plant is near the fungus as it emits volatiles or gases.

Scientists used tobacco and pepper plants as models to study the conditions for accelerated plant growth once exposed to TC09. Following a relatively short duration of exposure at the seedling stage, the plants began to sense the fungi’s volatiles and gases. USDA scientists were then able to stimulate extremely rapid plant growth, earlier flowering and fruit yield increases.

“This is a game-changer for agriculture and for research that seeks innovative ways to accelerate plant growth,” said USDA Scientist Dr. Chris Dardick. “Its implications are far-reaching and will help ARS’ commitment to deliver cutting-edge scientific advances for American farmers and producers.”

This species of fungus is commonly found in indoor environments and is not known to cause disease in plants or any ailments in humans or animals. Also, unlike other microbial species that have been tested, the researchers showed that TC09 does not induce defense or stress responses in exposed plants. Scientists hope to identify the specific volatiles and gases that stimulate plant growth in future research.

Research on microbial biostimulants that enhance plant growth has recently intensified because they provide an eco-friendly, cost-effective and sustainable strategy to benefit agriculture. USDA scientists will continue to study TC09 and seek practical strategies to apply it during commercial crop production, particularly for urban and indoor agricultural systems. They are awaiting approval of a patent and commercial evaluation license and partnered with NASA to apply this research technology to spaceflight conditions. This research was supported in part by grants from USDA-ARS, ARS’ Appalachian Fruit Research Lab, and the Oak Ridge Institute for Science and Education.