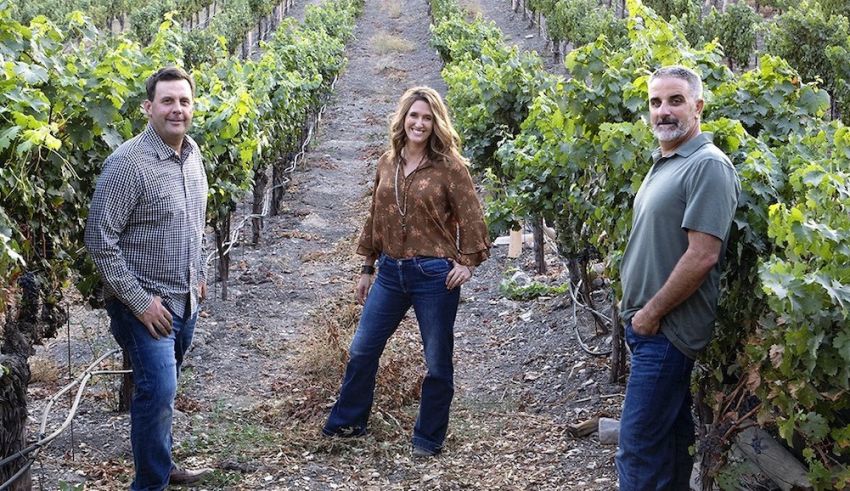 The Paso Robles Wine Country Alliance in partnership with the San Luis Obispo Coast Wine Collective, the Independent Grape Growers of the Paso Robles Area, The Vineyard Team, and past award recipients worked together to vote on the 2020 industry award winners. The honorees are evaluated on their leadership and accomplishments in California’s third-largest wine region, San Luis Obispo County. The Winery of the Year is determined by the Central Coast Wine Competition based on a winery’s overall performance of wines through the competition. CCWC judging is currently underway with wine awards being announced in the coming week.

“Although the circumstance of 2020 have been unprecedented, agriculture continues in our County and these individuals’ leadership, hard work, and dedication continue to bring national and international attention to the region,” said Joel Peterson, Executive Director of the Paso Robles Wine Country Alliance. “We were excited to utilize a new format to celebrate these passionate individuals with a much wider audience and honor their work that will continue to elevate the reputation of wines from the greater San Luis Obispo County and the Paso Robles wine region.”

Winegrape Grower of the Year

“I’m so honored that I have been awarded the Winegrape Grower of 2020 by my peers in the wine industry,” said Will John. I’ve always tried to be a good steward of the land and produce high-quality wine grapes. I’m so pleased to be recognized for my contribution to this amazing wine region and thankful for all the wonderful industry professionals who have supported me along the way. I know my father would have been equally honored and grateful.”

Derryal John was born into a farming family in 1948 in Delano, California. His father, Francis John, was a vineyard farmer and taught Derryal how to farm vineyards from a young age. After two tours in Vietnam with the U.S. Army, Derryal moved to Shandon in 1971. At this time he planted the San Juan Vineyard for Louie Lucas. In 1990, he started Derryal John Management and continued to farm the San Juan Vineyard until 1999. In addition, he developed and managed many vineyards in the Paso Robles area. He developed 800-acre Cuesta Ridge Vineyard for Robert Mondavi, which is now owned by Ancient Peaks Winery as the Santa Margarita Ranch. Derryal was a volunteer firefighter for 25 years in Shandon and coach of many youth sports teams. He enjoyed working closely with Will and continuing to help him with many of the farming tasks as he moved into retirement. In his spare time, Derryal and his wife Lesa loved attending activities and sports games of their six grandchildren. Derryal was much loved in the community and is dearly missed by his many friends and family after he passed away in January 2020. 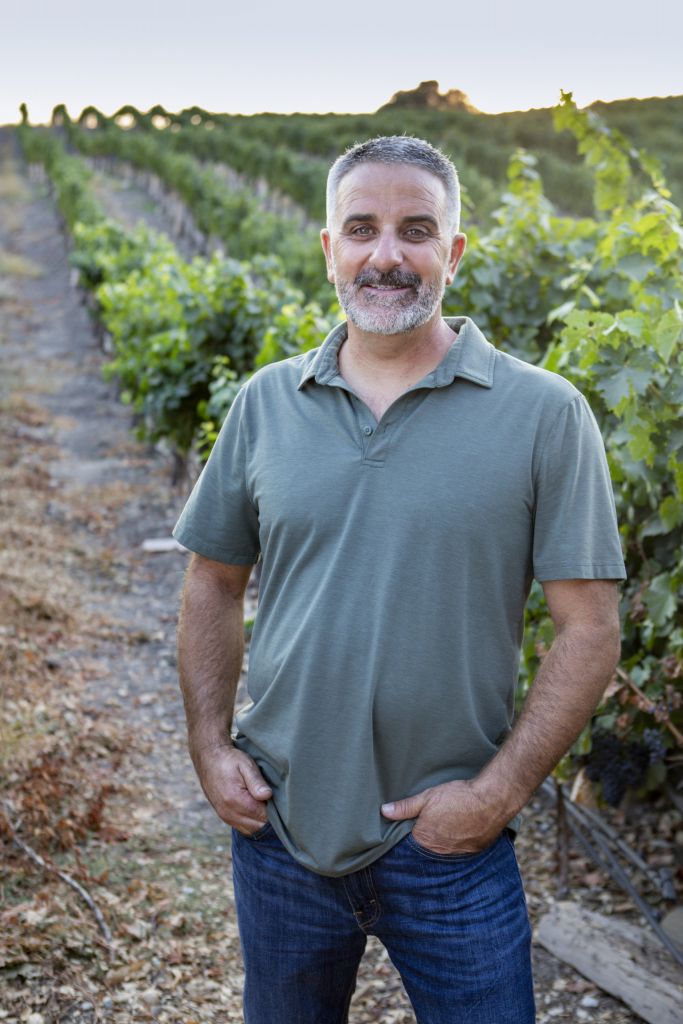 Much like his father, Will John was born into a farming family in 1975 in San Luis Obispo. He grew up on the San Juan Vineyard and worked closely with his father from a very young age. He attended Cal Poly, taking every fall quarter off to work grape harvest, and put himself through school. He met and married his wife, Jalene in 2003 and they have two girls, Quinn, 13, and Delaney, 11. Will started his own vineyard farming business, John Vineyard Applications, Inc. in 2004. He enjoys vineyard development from the ground up. He currently farms approximately 400 acres of leased and owned vineyards and also manages a handful of vineyards for clients. His newest project is a 100-acre dry-farmed vineyard, Armory in Paso Robles’ Adelaida District, consisting mostly of Cabernet Sauvignon and a few Rhône varietals. In his spare time, Will enjoys participating with his girls in the raising of their sheep flock, which they show in 4-H. He also enjoys camping, snowboarding, and drinking wine, of course.

Winemaker of the YearJoe Barton 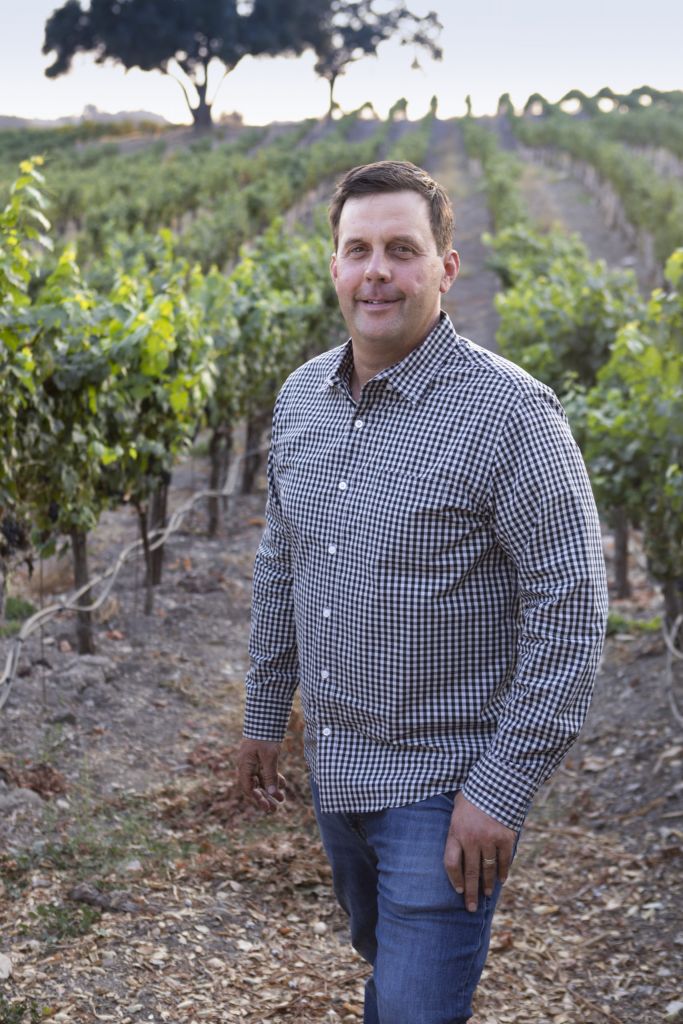 “I am humbled and grateful to be in such amazing company in this Year’s Mid State Fair Wine Awards,” said Joe Barton. “This award is always a representation of those that continue to bring excellence to the Central Coast. I am so honored to be a part of the legacy of artisans who have helped to craft our wine industry. I want to thank all of my family, friends, and Grey Wolf staff members, both past and present, who along the way gave me their best. I could not have done it without you.”

Joe Barton is the owner and Director of Winemaking at Grey Wolf Cellars and Barton Family Wines. His parents, Joe Sr. and Shirlene Barton, started the winery in 1994, following their dream of owning a winery and building a family business for future generations to come. Joe Jr. attended Cal Poly, San Luis Obispo as a fruit science major and was tasked at the young age of 23 with carrying on the family legacy and dream after his father tragically passed in 1998. He now operates the business with his wife Jenny and has made it his life mission for the past 25 years to create a distinct style, sourcing from dry-farmed vineyards in the Paso Robles Willow Creek, Templeton Gap, and Adelaida District AVAs. Farming is the core of his business. Understanding the unique microclimates of Paso Robles distinct AVAs identifies the best location for growing a variety of wines with regional character. Focusing on making hand-crafted wines from specific sites creates a dynamic portfolio of wines. He works with a selection of wine varieties including the heritage varietal Zinfandel, the classic Bordeaux varieties like Cabernet Sauvignon, and both Rhône red and whites. Joe is a past board member of the Paso Robles Wine Country Alliance and served on the AVA Committee that oversaw the creation of petitions that created the 11 new districts within the Paso Robles AVA. 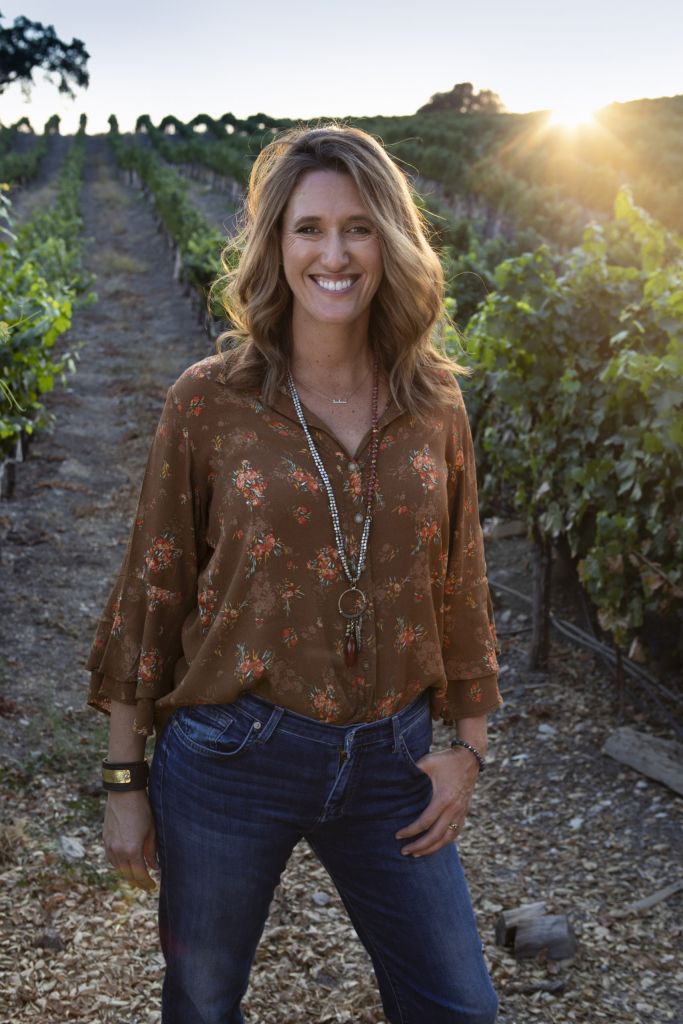 “I am deeply humbled to be named Industry Person of the Year,” said Amanda. As the fourth generation of the Central Coast, I am proud to be part of this agricultural community, for many years I have greatly admired past award recipients. I’m honored to carry on the legacy of paying it forward and creating opportunities for others. The rising tide floats all ships, and I’m blessed to be surrounded by an amazing community and work-family who make nearly anything possible. A special thank you to my husband Sam, and my two children Cooper and Cecilia who remind me every day that anything is possible if you dare to dream.”

As Executive Vice President at Ancient Peaks, Amanda has helped establish Ancient Peaks as a leading national brand. Along the way, she has been a passionate advocate for Paso Robles, SLO County, and the Central Coast. Amanda has also invested heavily in employee personal and professional development, including a successful internship program has helped many graduates achieve professional growth, opportunity, and success. Amanda was on the cover on Wine Enthusiast’s 2019 “40 Under 40” issue featuring “the trailblazers who are redefining the industry as we know it.” She was also one of five nominees for “Social Visionary of The Year” at the 2019 Wine Enthusiast Wine Star Awards. In 2017, Amanda co-founded Wine Speak Paso Robles, an annual industry trade event that is now regarded as one of the finest events of its kind in California. Wine Speak is deeply involved in community service, such as hosting young wine professionals on scholarship. In 2018, Amanda founded Dream Big Darling, a local nonprofit dedicated to fostering the success of up-and-coming women in the wine and spirits industry. Amanda is passionate about local community service and served on the boards of the SLO Coast Wine Collective (three years) and Paso Robles Wine Country Alliance (two years). Amanda is a Paso Robles native, and a graduate of Paso Robles High School, Cuesta College, and Cal Poly. She served as the girls JV basketball coach at Paso Robles High School, and also served as co-head coach with her sister for two seasons.