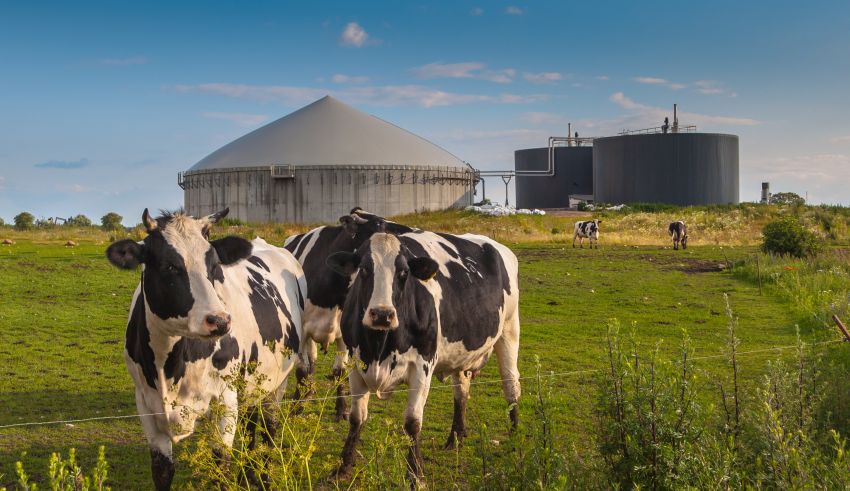 “Dairy producers outside of California may be anticipating future environmental mandates in their own states,” said Tanner Ehmke, manager of CoBank’s Knowledge Exchange division. “But the possibility of financial incentives and energy market opportunities are what’s capturing attention.”

California’s 1.4 million dairy cows are the largest source of methane in the state, which put dairies in the spotlight when, in 2017, the state moved to reduce greenhouse gases (GHG) by adopting rules for methane emissions. Manure methane digesters are the primary means to reduce dairy emissions and offer the added benefit of capturing and recycling methane as renewable natural gas for energy.

As a state law prohibits California from regulating methane from cattle farms until at least 2024, it has used incentives to encourage dairies to develop digesters. To date, the state’s dairy digester development program has awarded more than $183 million in grants for 108 digester projects. California’s legislated goal for 2030 is to reduce dairy manure methane emissions by 40% below 2013 levels and is about half way to that goal.

A key driver behind the growth of manure methane digesters has been consumers’ increasing concern about GHG emissions. They are putting that concern into action by demanding products have smaller carbon footprints, pressure that is being felt by state governments, retailers and dairy supply chains.

In turn, California has implemented two measures beyond the grant program that are driving digester development: the Cap-and-Trade program and the Low Carbon Fuel Standard (LCFS). These programs are now the main sources of revenue for dairy digester projects.

Under the Cap-and-Trade program, regulated entities in California pay a fee to the state for their GHG emissions. This revenue funds the incentives for non-regulated sectors, like agriculture, to voluntarily reduce emissions. The LCFS, an option that has generated revenue for dairy biogas, works similarly to Cap-and-Trade but is focused on transportation fuels. Fuel suppliers are required to reduce the carbon intensity of their fuels by blending low carbon fuels or purchasing credits from an entity with excess credits.

Scale is a key component impacting digester costs. A minimum of 2,000 cows is the threshold in California, where the typical digester is a covered lagoon digester producing gas for pipeline injection. Generally, each additional 1,000 cows reduces the cost per cow of digester projects by 15-20%.

The risk of policy change to the Cap-and-Trade program and the LCFS is low in California, but risk may be higher for projects outside of California trying to capitalize on credits.

CoBank is a $152 billion cooperative bank serving vital industries across rural America. The bank provides loans, leases, export financing and other financial services to agribusinesses and rural power, water and communications providers in all 50 states. The bank also provides wholesale loans and other financial services to affiliated Farm Credit associations serving more than 70,000 farmers, ranchers and other rural borrowers in 23 states around the country.