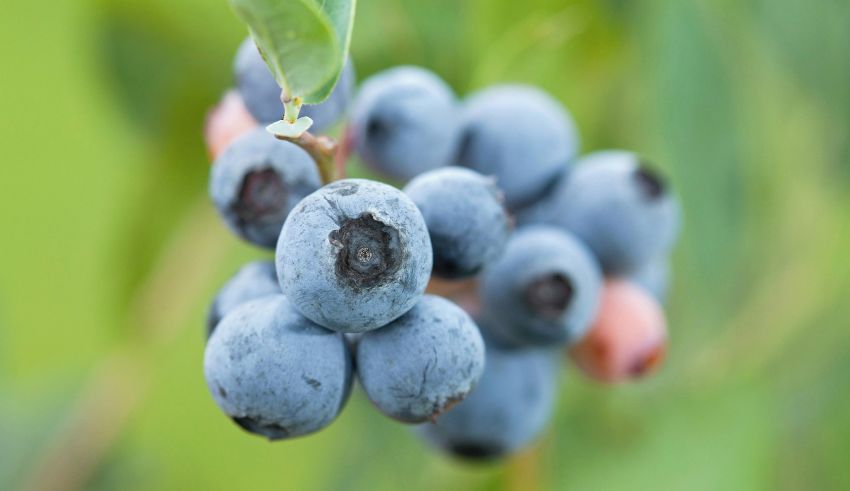 Growers of U.S. highbush blueberries generate more than $4.7 billion in annual economic impact, translating to more than $12.7 million flowing into the U.S. economy every day of the year. 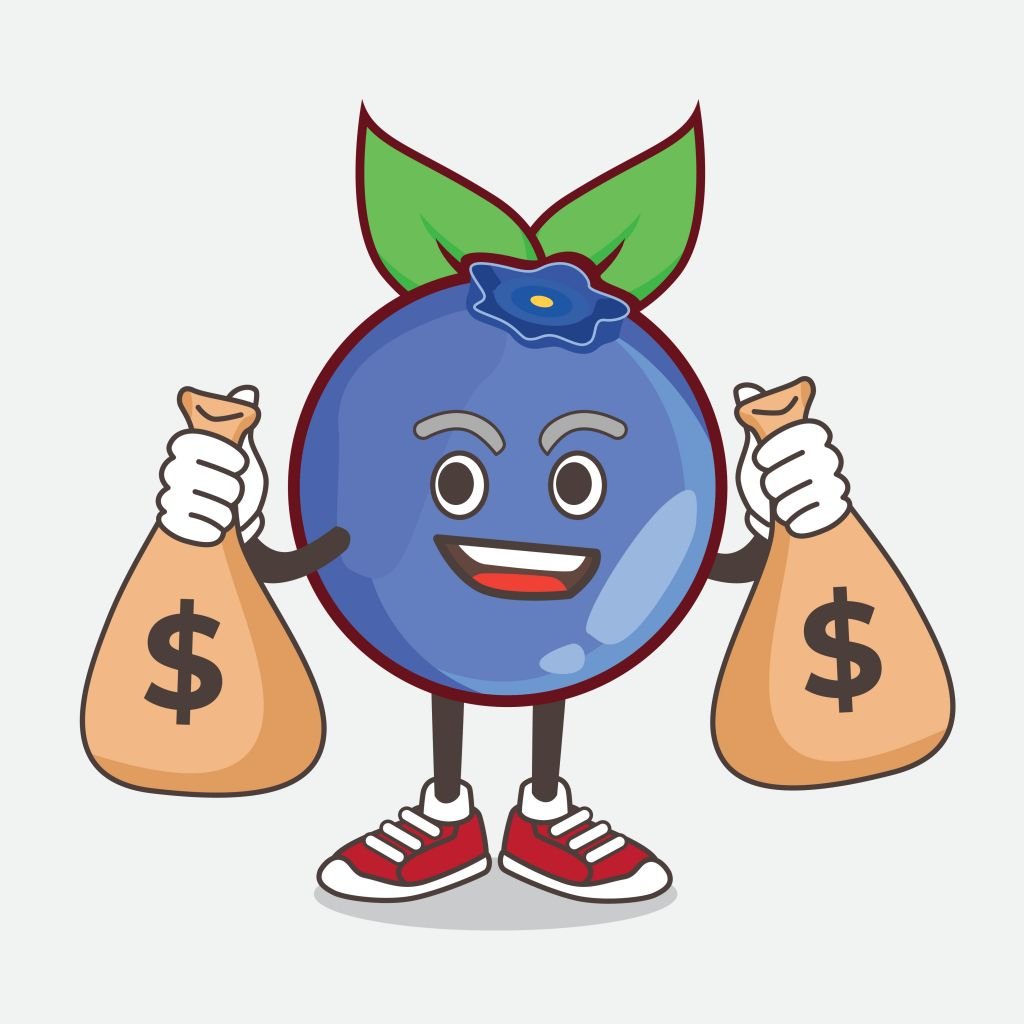 “The U.S. highbush blueberry industry – including 12,739 blueberry farms – is a powerful financial force,” said Kasey Cronquist, president of the U.S. Highbush Blueberry Council (USHBC). “Behind every farm are growers who not only tend a truly remarkable superfruit, but also stimulate business activity, create thousands of jobs and contribute mightily to the economy.”

In addition to the $4.7 billion in total economic impact, which includes several factors related to increased business activity as a result of growing blueberries, a new economic impact study commissioned by the USHBC further reveals:

It is important to note that this substantial job number does not include the jobs supported by blueberry processors or handlers. We would see even higher numbers if the full blueberry supply chain was considered, but for the purposes of this study, we focused exclusively on the economic impact of highbush blueberry growers, said Cronquist.

“It is clear that blueberry growers play a significant role in strengthening the economic climate of the United States,” said Cronquist. “Their activities are diffused throughout the economy, touching nearly every aspect of life throughout the country.”

In addition to the dramatic national economic influence of highbush blueberry growers, contributions are also significant at the state level in terms of financial influx and jobs created. A breakout of the grower impact in the top eight highbush blueberry states is included here: 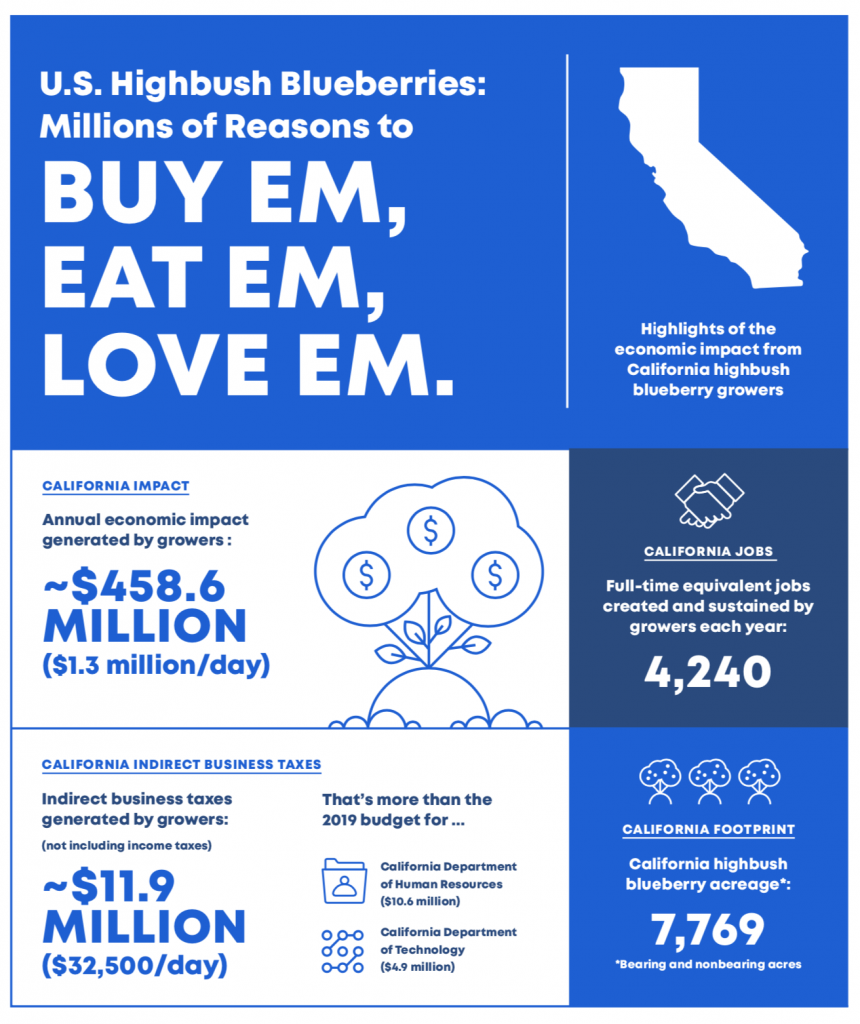 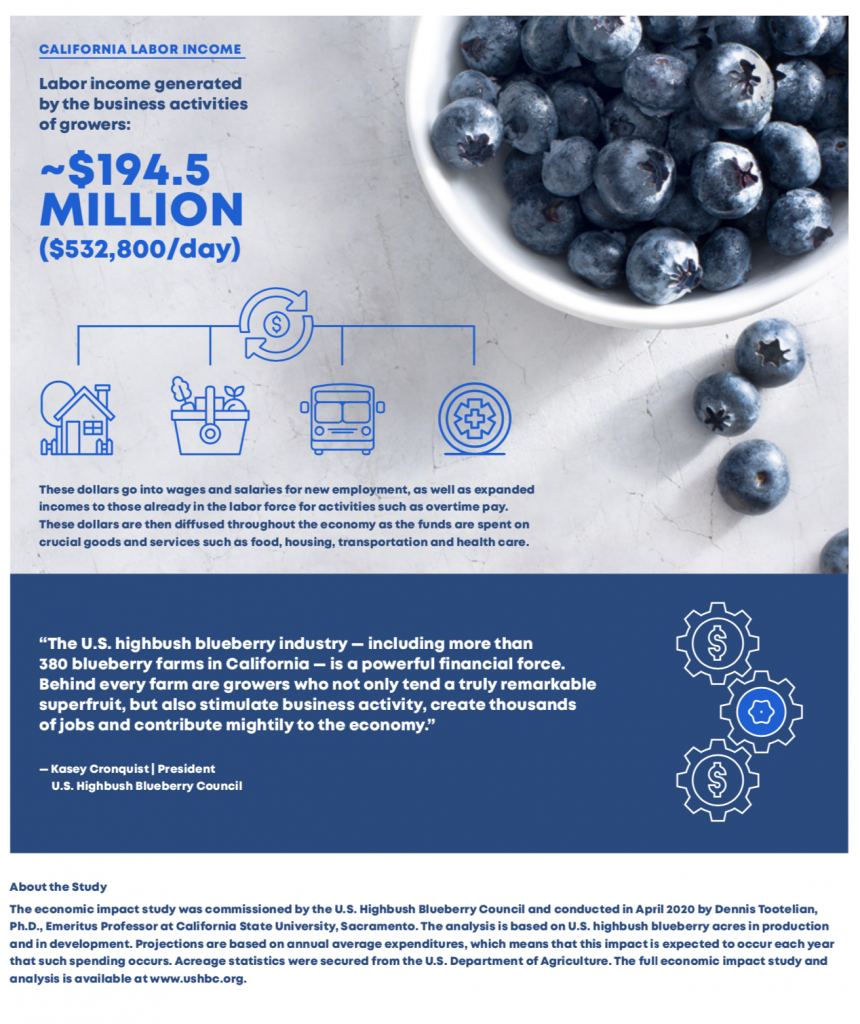 About the U.S. Highbush Blueberry CouncilEstablished in 2000, the U.S. Highbush Blueberry Council (USHBC) is a federal agriculture research and promotion program with independent oversight from the United States Department of Agriculture (USDA). USHBC represents blueberry growers and packers in North and South America who market their blueberries in the United States and overseas and works to promote the growth and well-being of the entire blueberry industry. USHBC was established by blueberry growers and currently has 2,500 growers, packers and importers. USHBC is committed to providing blueberries that are grown, harvested, packed and shipped in clean, safe environments. Learn more at ushbc.org.