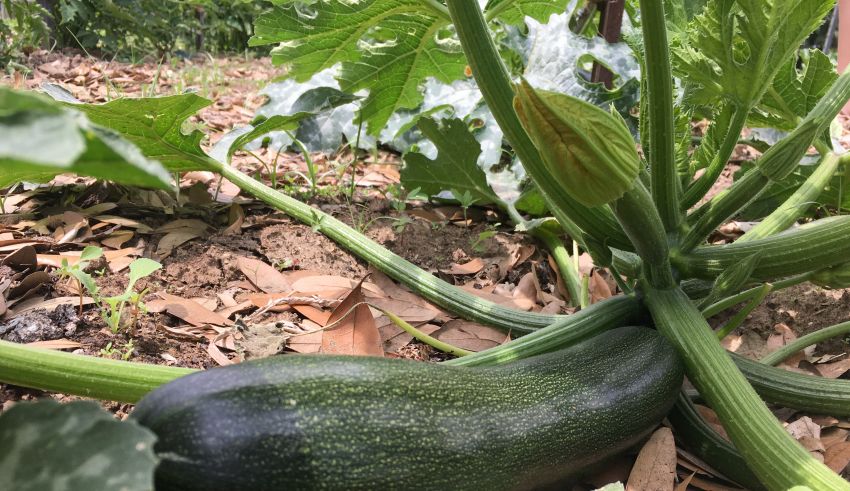 Whether you grow it, grind it into other forms or just enjoy it at mealtime your choice of squash from California is almost without limits.  Florida is the only state that produces more squash than California, but a half dozen other states produce it commercially.

Production in Mexico has increased steadily, competing primarily with growers in the Coachella Valley for the early spring market.  The Central San Joaquin Valley is a major producer, mostly of the spring and summer varieties, with large volumes coming from the Stockton area and from the Salinas Valley as summer progresses.

As any backyard gardener knows, seed packets of dozens of squash varieties are at your fingertips, and squash plants grow heartily and produce generously in about 60 days after planting.  Along with radishes squash plants are about as sure a bet as home gardeners can make in early summer, practically guaranteed to produce enough to share with a neighbor.

But even a small backyard planting attracts hungry, and sometimes large and ugly, insects, that demand control measures if the vegetable is to grow to tasty maturity. Probably more than any other vegetable, squashes provide home gardeners an experience closer to those of experienced professional producers than any other food commodity.  Weather, irrigation demands, insect attacks and harvest determinations are comparable at whatever level or volume the vegetable is grown. In a 12-foot row of squash behind the house a homeowner will perform about the same duties as a commercial grower tending acres of squash, and at about the same time.

For those who appreciate squashes only for meal preparation and enhancement the passing parade of varieties at their supermarkets or vegetable stands is an assuring feature.  Part of the delight is in the variety of colors and shapes that squashes present, from crisp green to deep reds and purples, and shapes that stretch from banana-like to circular and bulbous.

To isolate on just one of the many squash varieties, butternut, provides ample interest and intrigue.  A colorful winter variety, butternut squash is technically not a vegetable, but a fruit. It is not only tasty, but heavily endowed with vitamins, minerals, fiber and antioxidants, but low in calories.  Preparation commonly involves roasting or baking.

Research has shown that diets high in certain antioxidants such as those found in butternut squash can reduce the risk of certain cancers. Studies have demonstrated that a higher dietary intake of beta-carotene and vitamin C may reduce lung cancer risk.  Butternut squash contains high levels of both.

Those thinking about weight loss – and that seems to include almost everybody these days – can be encouraged that a cup of cooked butternut has only 83 calories, and provides seven grams of filling fiber, making it an excellent choice for those concentrating on losing excess weight and body fat.

Aside from all the appeal to health and weight-loss enthusiasts most of the squashes grown commercially are relatively easy to pack and ship.  They are not easily bruised or otherwise damaged in the harvest and packing mode, and commonly arrive at their commercial destinations undamaged and ready to display.  Their color and freshness seem to appeal to shoppers without their being dressed up or polished.

One Central California grower and shipper of a large volume of squash for most of every year said he expects recent virus and health concerns to not be focused on the popular vegetable.  Rather, the health benefits of those in the squash family might receive increased attention in the months ahead.  Quick! Get those seeds in the ground. – By Don Curlee, Ag at Large