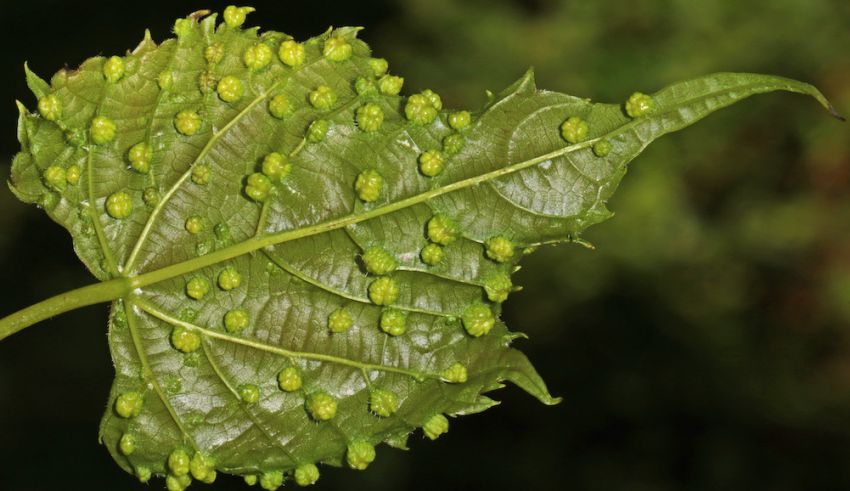 Following a decade-long effort, scientists have mapped out the genome of an aphid-like pest capable of decimating vineyards. In so doing, they have discovered how it spreads — and potentially how to stop it.

The research team’s work on the genome was published this past week in a BMC Biology paper. In it, they identified nearly 3,000 genes enabling the insect, phylloxera, to colonize and feed on grape vines by creating what are essentially nutritionally enhanced tumors. The insects live in and feed off of the structures they create.

“In effect, phylloxera creates its own refrigerator on the plant that it can feed from whenever it wants,” said Paul Nabity, an assistant professor of plant-insect ecology at UC Riverside. In addition to feeding the insects, these structures also protect them from attack by other parasites.

A heavy phylloxera infestation, as occurred in the Pacific Northwest last year, could cause grapevines to lose their leaves. If the infestation reaches the roots, the plants could die.

The tumor-like structures, known as galls, disrupt the vine’s ability to move nutrients and feed itself. They also create wounds in roots that make grapevines more susceptible to fungi and other pathogens, ultimately killing the vines.

Claude Rispe from the French National Institute for Agriculture, Food, and Environment led the research team, while Nabity helped identify how phylloxera secrete molecules that can change the immune system of grapevines.

“These molecules alter the plant’s defense systems and make it so that the plant doesn’t know it’s being attacked,” Nabity said.

Native North American grapevines co-evolved with phylloxera and are now resistant to it. However, most of the grapes we eat and drink are European varieties. As a result, growers have to graft North American roots onto their European grapevines to give them tolerance to this insect.

Now that the genes involved in the attack on non-native grapes have been identified, it may be possible to engineer phylloxera-resistant grapevines.

“Growers currently have to graft roots to make their plants viable,” Nabity said. “A lot of money and effort could be saved with pest-resistant rootstocks.”

About UC RiversideThe University of California, Riverside (www.ucr.edu) is a doctoral research university, a living laboratory for groundbreaking exploration of issues critical to Inland Southern California, the state and communities around the world. Reflecting California’s diverse culture, UCR’s enrollment is more than 24,000 students. The campus opened a medical school in 2013 and has reached the heart of the Coachella Valley by way of the UCR Palm Desert Center. The campus has an annual statewide economic impact of almost $2 billion. To learn more, email news@ucr.edu.

What to Expect from the 2020 California Wine Crop

Wildfires and smoke exposure aside, what is the 2020 wine grape crop looking like.  Jeff B…