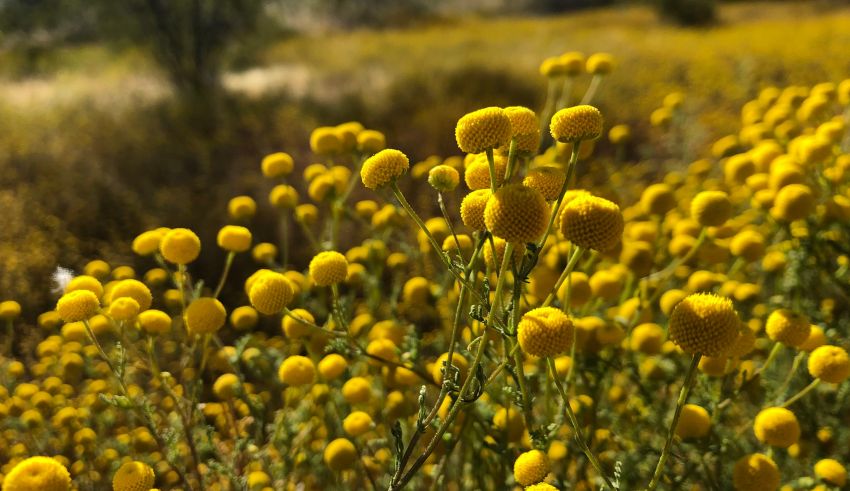 Stinknet (Oncosiphon piluliferum, aka globe chamomile) is a winter annual that is spreading across Southern California and poses threats to wildlands, rangelands and agricultural areas. Stinknet was first found in western Riverside County in the early 1980’s. It slowly spread to surrounding areas and by the late 1990’s it was found in over a half dozen locations in Riverside and San Diego Counties. By this time, it had also spread to Phoenix. While stinknet has not been one of the fastest weeds to spread across the state (stinkwort, Dittrichia graveolens, is definitely a top contender for that spot, see here) it is now currently found in every county in Southern California (except Imperial, yet) with the largest infestations in Riverside and San Diego Counties. Stinknet continues to spread north across Los Angeles, the central valley and coast, and east across Arizona, it was also recently found in Las Vegas.

Stinknet is easiest to identify when in flower. At flowering, it grows from several inches to 3 feet tall.

Pineapple weed and brass buttons also tend to grow more along the ground, and stinknet grows upright. Another diagnostic feature is that stinknet stinks. All plant parts have an unpleasant turpentine, pine or tar-like smell, and even very small plants have this smell. You can even smell the odor of a large field of stinknet when you are near a very large infestation.

Stinknet can be controlled with several herbicides that can be used in wildlands. Milestone (aminopyralid), Capstone (aminopyralid and triclopyr) and glyphosate are all highly effective at controlling stinknet, but only before the plants have flowered. Often if herbicides are applied after flowering, stinknet can finish flowering before the herbicides have killed the plant. Milestone and Capstone also provide season-long control of stinknet with suppression lasting up to and in some cases beyond 12 months. Several researchers, including myself, are working on other control measures and understanding its biology to better help managers control stinknet. Those projects should wrap up in the next year or two.

Telar XP (chlorsulfuron) was not effective at controlling stinknet in Southern California. Transline (clopyralid) was inconsistent at controlling stinknet. Transline had shown promise of effective control in relatively dry years, but in other more wet years the treated plants were able to grow out of the treatment. Mechanical removal (mowing or string trimmers) has shown to be of limited effectiveness, mostly because the cut plants resprout and flower closer to the ground. Multiple cuttings close to the ground alleviate this problem and can provide good control, but a simple single cutting is not very effective. Stinkent can grow in dense patches so hand pulling will only work on a very small scale, and multiple sessions are needed. Stinknet is not palatable to livestock, so grazing will not be an effective management strategy and can make the problem worse.

In Western Australia, stinknet is a problem weed in small grain crops. In both South Africa (the home range of stinknet) and Austrailia stinknet is a problem weed in rangelands too. This is because stinknet is unpalatable to many livestock. While stinknet is not currently known to be toxic, there are reports it can taint the meat and milk from those animals. If the patterns in Australia and South Africa hold in the US (and so far in a few observed cases it appears to be similar) and if stinknet continues to spread into rangelands and agricultural areas in California, then it will cause problems.

Right now, the best way to keep stinknet from spreading locally in California is to identify early infestations and rapidly respond to those initial infestations. This strategy is called early detection and rapid response (EDRR). Fortunately, the largest stinknet populations are found in only a few locations in Riverside, San Bernardino and San Diego Counties. However, numerous small populations occur across Southern California. I have also noticed that very few stinknet patches decline in size, once stinknet colonizes a site it tends to expand, or even hold its ground during a drought. The areas with the earliest known stinknet populations, in both California and Arizona, now have large, very high-density patches. Those patches can be over a dozen and up to hundreds of acres in extent. Stinknet appears to be a strong competitor especially in disturbed areas, but also in undisturbed wildlands too, and can quickly become the dominant plant. It does this by creating numerous small patches and as those patches grow, they form large blankets carpeting acres or long strips along roads and trails. Stopping those small stinknet patches can prevent them from turning into large infestations.

More information on stinknet will be available as our research progresses and we learn more about its biology, spread and controlling it. — By Chris McDonald, UCANR 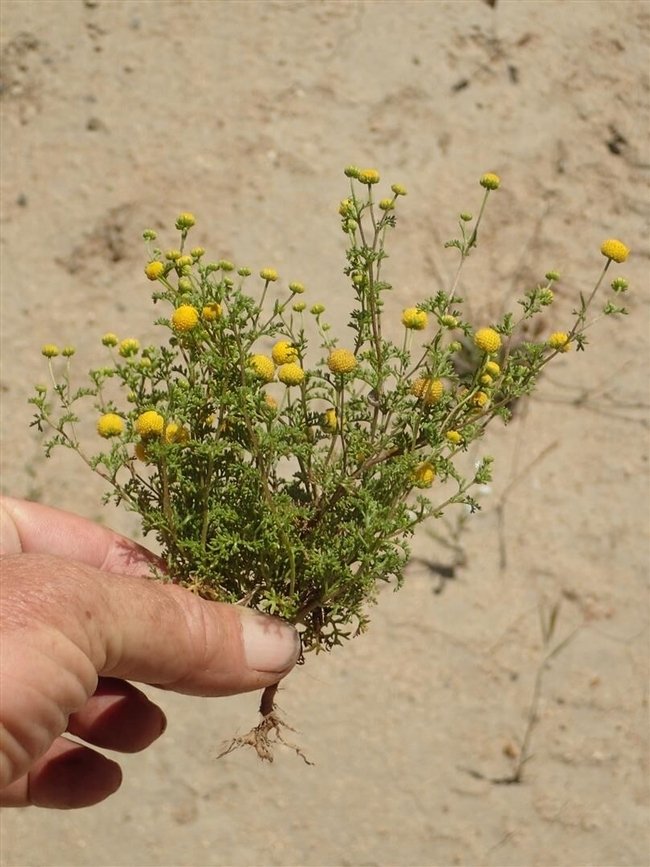