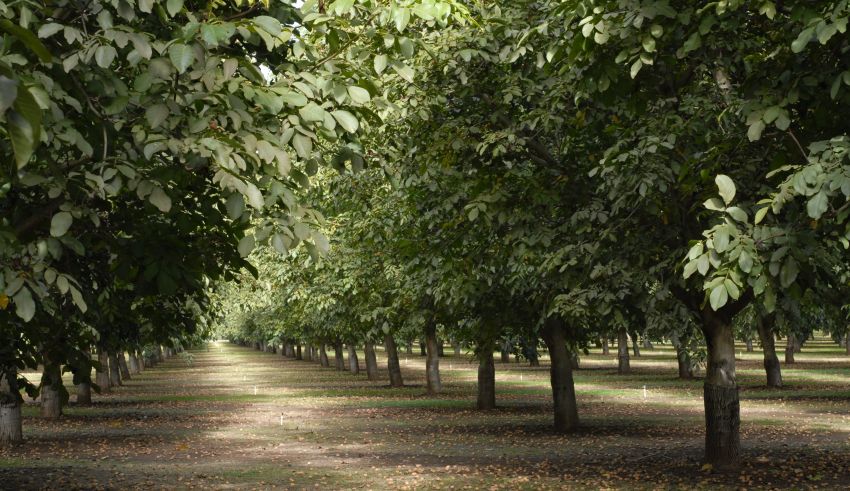 According to the USDA’s 2019 Walnut Acreage Report, California’s walnut acreage is estimated at 415,000 acres, up 3.8 percent from 2017. Of the total acreage, 365,000 were bearing and 50,000 were non-bearing. Of the walnut acreage reported, Chandler continues as the leading variety with 133,609 bearing acres. Tulare overtook Hartley for second place with 29,331 bearing acres. San Joaquin County shows the largest acreage with 14 percent of the total, followed by Butte with 13 percent and Tulare with 10 percent each. 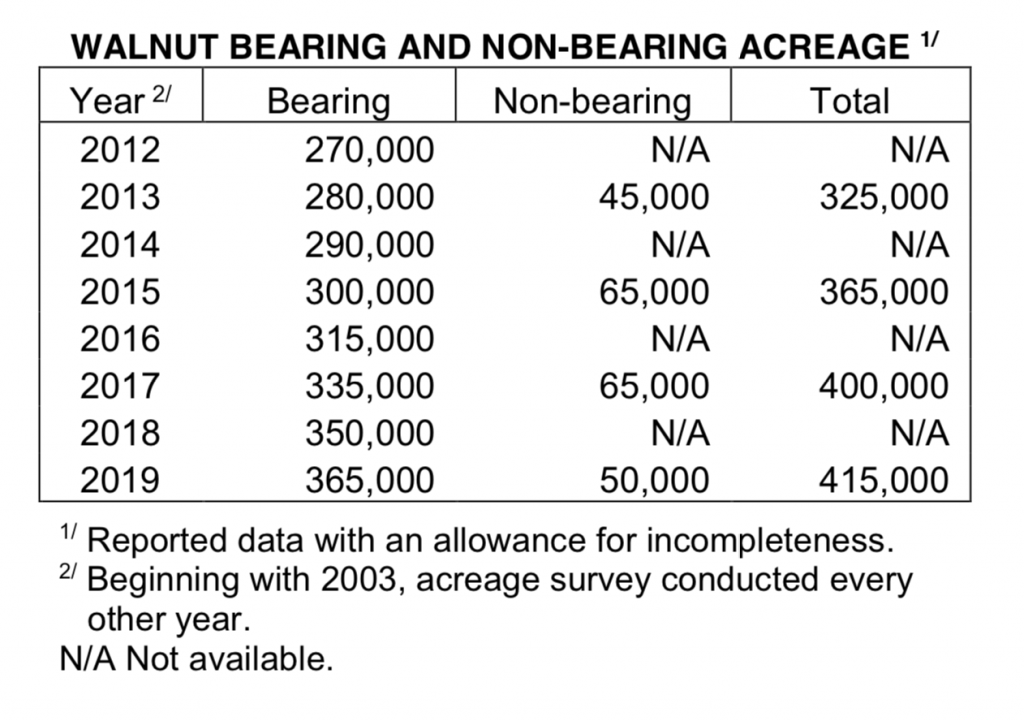 The Pacific Regional Office of the USDA’s National Agricultural Statistics Service (NASS) conducts an acreage survey of California walnut growers. The purpose of this survey is to provide walnut acreage information on new plantings and removals. It is a continuation of a long series of industry-funded walnut acreage surveys.

This report consists of two parts:

 Detailed data by variety, year planted, and county – as voluntarily reported by walnut growers and maintained in the NASS database.

With perfect information, the estimated walnut acreage and the detailed data would be the same. However, differences exist for the following reasons:

 It is difficult for USDA, NASS to detect growers that are planting walnuts for the first time.

 The detailed data reflects tree removals from over 15,000 acres during the past two years. Of this number, some acreage was harvested in 2019 prior to being pulled out, and that acreage has already been removed from the detailed data.

The major source of the walnut detailed data was a questionnaire mailed to all walnut growers included in the NASS database. The mailing was made to approximately 4,900 walnut growers in early November. The questionnaire contained previously reported crop, variety, and acreage information preprinted. Producers were asked to update the information with new plantings, removals, and any other corrections; new growers were mailed a blank questionnaire. Producers were given six weeks to respond by mail. A telephone follow-up was then undertaken.

To arrive at the estimated walnut acreage, the NASS walnut acreage database was compared with pesticide application data maintained by County Agricultural Commissioners and the California Department of Pesticide Regulation. In addition, NASS looked at data collected on the Walnut Nursery Sales Survey.

The USDA, NASS, Pacific Regional Office sincerely appreciates the many farm operators, owners, and management firms for providing the information. A special thanks goes to the California Walnut Board for providing funding and support of this special acreage update survey. 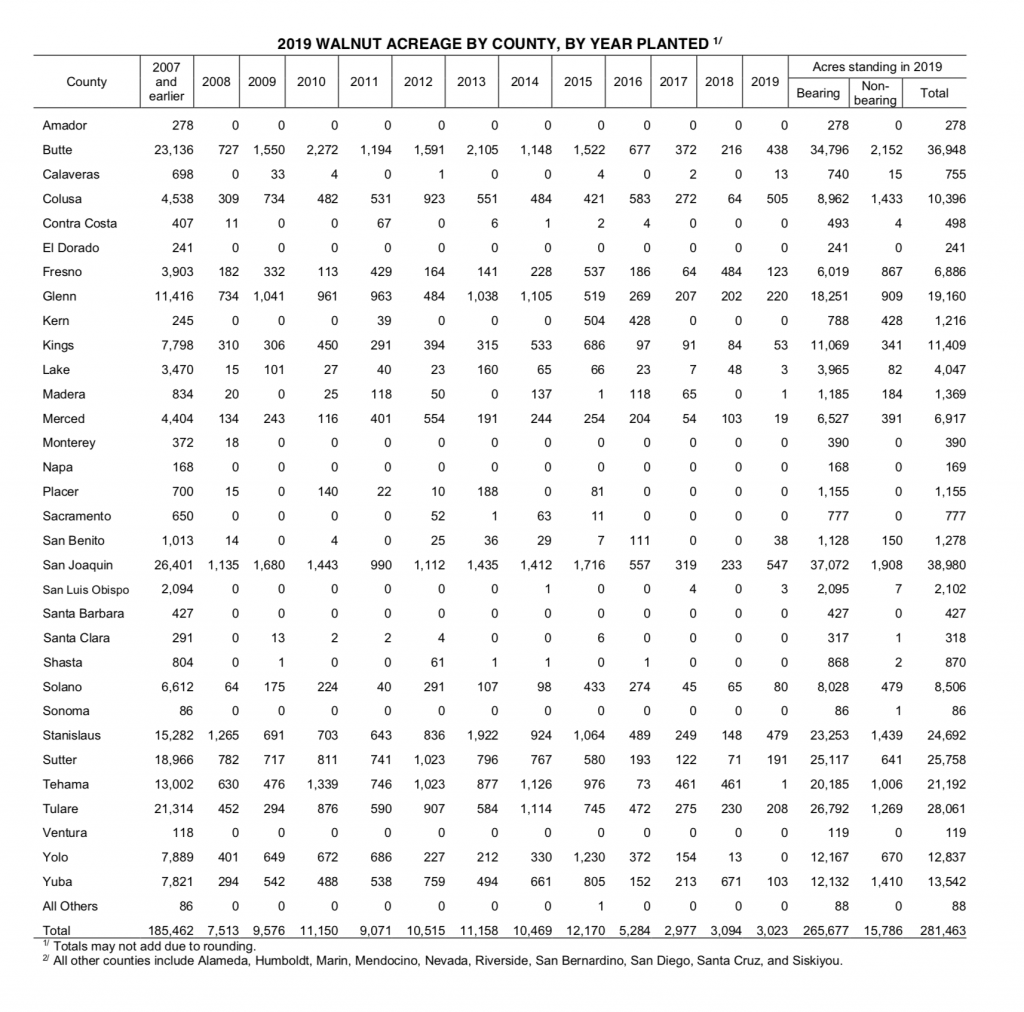 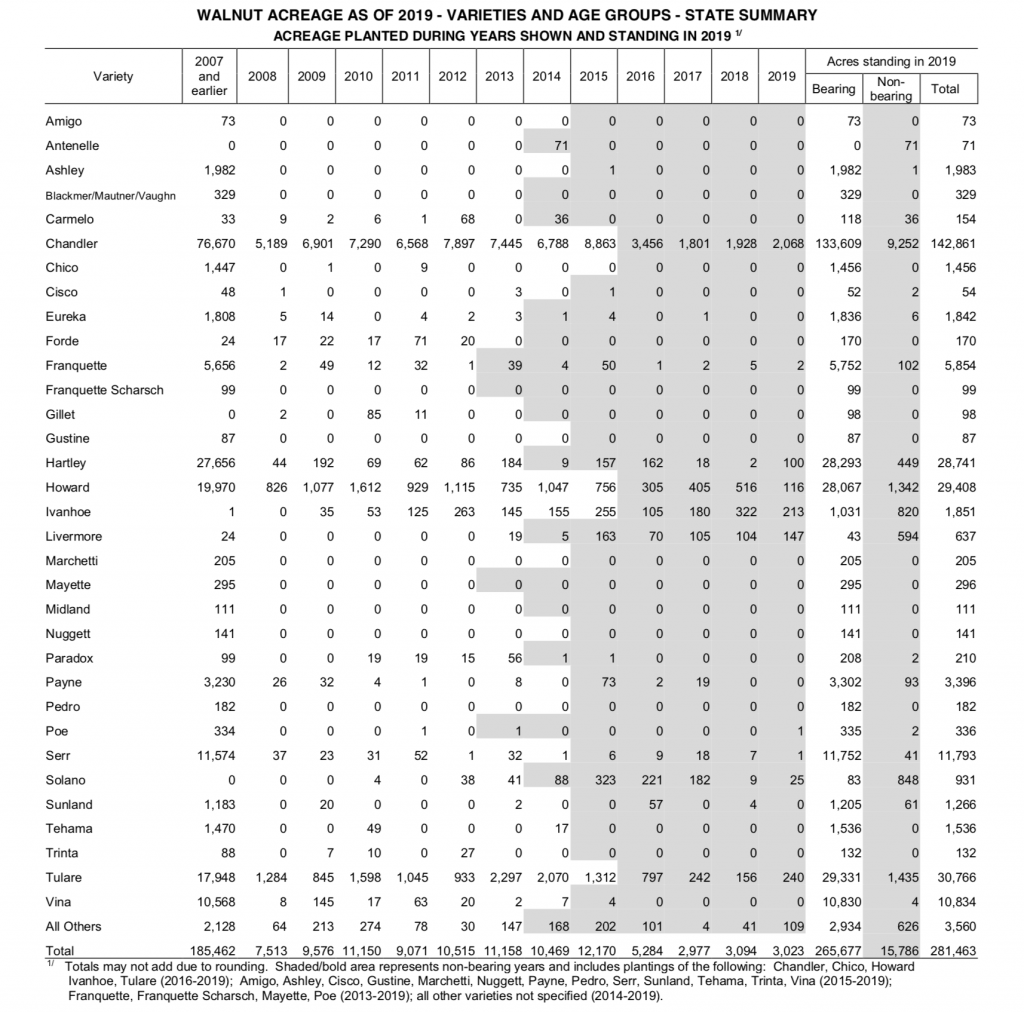 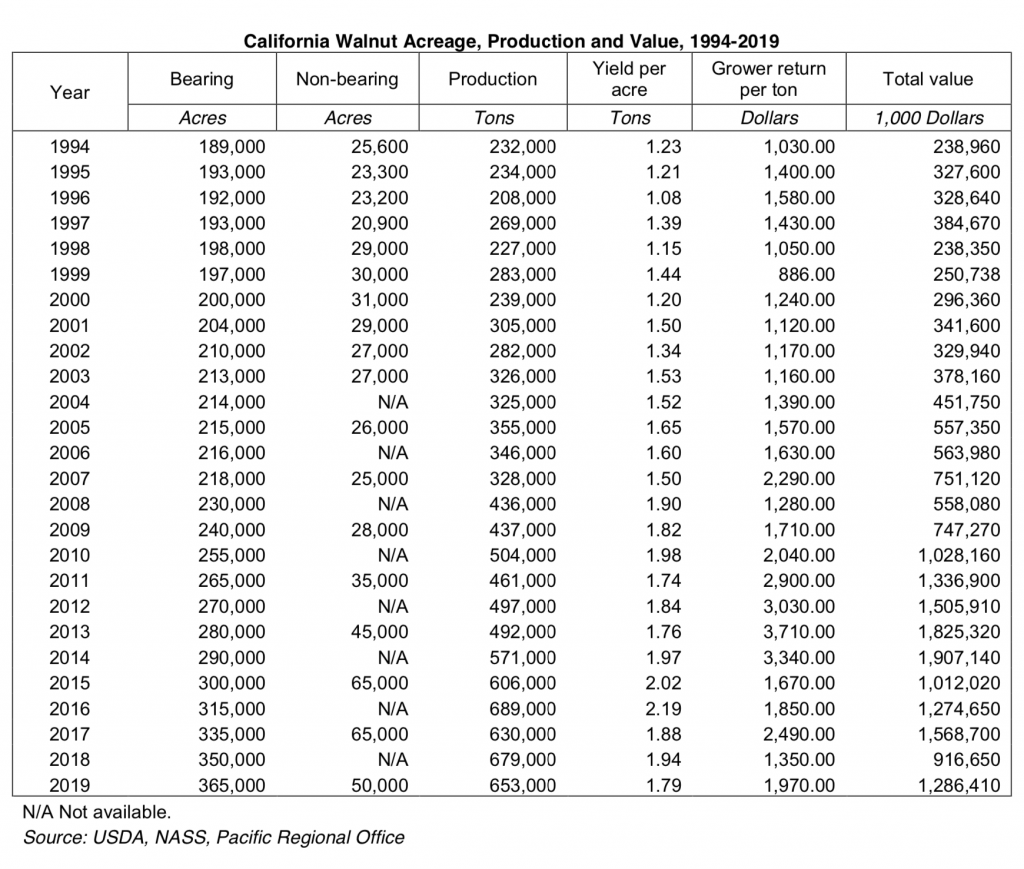