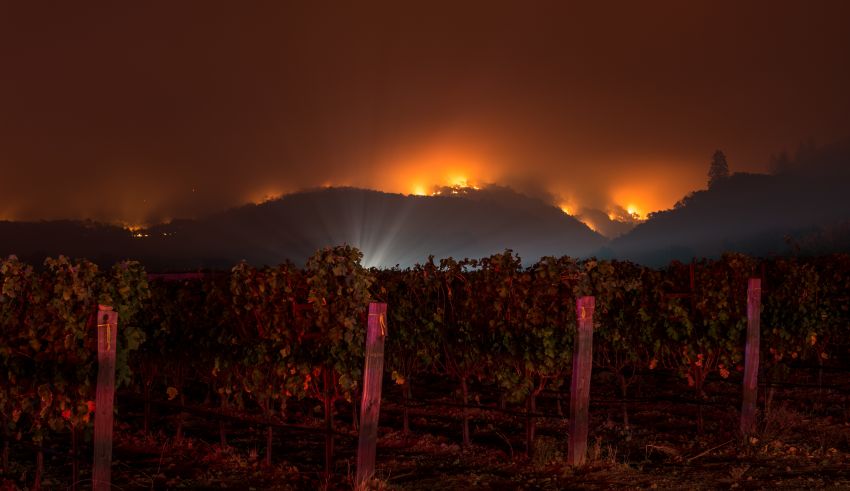 Since 2011, increasingly frequent and severe wildfires in California, Oregon and Washington have caused significant disruption and economic losses for grape growers. The negative impacts of smoke exposure on wine quality is an industry-wide concern.

Climate change models predict increased wildfire risks in the Western United States, which threatens the long-term sustainability of important winegrowing regions. To combat the increased risks of wildfire smoke to grape value and wine quality, researchers will focus on developing and proving new risk assessment tools, mitigation measures and management strategies for use in vineyards and wineries.

ARS researchers, in collaboration with colleagues at the three land grant institutions, will address components of the yearly life cycle of wildfire impacts on winegrape production, including:

The $2 million in new ARS funds will be allocated as follows:

Researchers will start using ARS funds for research this summer and they plan to provide regular updates to the industry.

“Congress, the Agricultural Research Service and winegrowing organizations from the states most affected by wildfires really did a great job to obtain $2 million in research funding for smoke exposure issues,” said associate professor Elizabeth Tomasino, Oregon State University. “And, I know those efforts are ongoing. With more funding, I’m certain this collaborative research effort can deliver new tools and techniques to help growers and wineries reduce smoke exposure related losses.”